There’s no doubt social media has changed so many lives – not just in America, but throughout the entire world.

Communication, no matter how far away someone else may be (as long as they have a decent internet connection 😊), has become easier than ever.

Marketing has evolved in ways few people expected it to, too.

And yet, social media platforms continue to come and go.

Here is a list of the 10 most legendary social media sites to go by the wayside since the web began.

DailyBooth was a photoblogging site that encouraged users to take a daily picture with a caption.

Similar to modern-day Instagram, the now-defunct photo-oriented social platform launched about a year and half prior to Instagram’s launch, then officially shut down at the end of 2012.

Following its launch in February of 2009, DailyBooth gained popularity when celebrities and influencers began joining the social network, which hit its 1 millionth photo in September 2009.

In April 2012, Airbnb took over the DailyBooth team to aid in the travel website’s overall mission and at the end of that year, DailyBooth was nothing more than a memory. Founded by a group of former Google employees, FriendFeed essentially used other social networks to build its own network, focusing on relevancy and usefulness on those sites then consolidating updates on its platform.

Facebook bought FriendFeed in 2009 for $15 million cash and $32.5 million in stock. The social networking giant closed FriendFeed down for good in April 2015.

This Apple-owned social networking site had an obvious emphasis on music and was lucky enough to launch with more than 1 million users in 2010.

But even that couldn’t save it.

Launched as a built-in component to iTunes in its 10th edition, the service allowed users to follow artists and get updates from friends and artists about music. Google Buzz launched in 2010, replacing Google Wave, which launched one year prior in 2009. Each was an attempt by Google to develop a global social media site that could rival Facebook.

Ultimately, Buzz was a giant privacy nightmare and Wave was a complicated mess, so both platforms were doomed to be added to Google’s project graveyard.

An innovative video platform that eventually helped propel livestreaming to the top of all of our social feeds, Meerkat ended up being doomed by the big-name social media giants (Facebook and Twitter, namely) after they recreated the idea on their already-established – and multi-faceted – social media channels.

It was only a few weeks after Meerkat’s release that Twitter halted its access to Twitter’s social graph, then acquired rivaling live-video app Periscope and launched it in late March 2015. One of the original social networks to make noise before Facebook, Friendster dominated the Asian market since it launched (in 2002).

It was available and used globally, but 90% of its traffic came from Asia. The platform had more unique visitors than any other social network in Asia in 2008.

Friendster ended up evolving into a social gaming site in 2011, touting more than 115 million users mostly from the Philippines, Malaysia, and Singapore.

It officially closed down in 2018 after a three-year hiatus. After launching in 2014, the anonymous messaging mobile app gained momentum quickly among young adults, raising more than $70 million in venture capital funding but also a hefty load of problems. Its biggest, one of its main features: its anonymity.

Users – typically high school and college students – could publicly post anything they wanted for other anonymous users in their geographic vicinity to see and interact with. This caused problems for obvious reasons, including bomb threats and hate-fueled acts of violence.

The world of social media was/is already littered with internet bullies and is what oftentimes seems like a cesspool of human interaction – and Yik Yak was only contributing to the strife.

It didn’t take long for the tables to turn. By the end of 2014, Yik Yak was already declining in popularity and usage.

It eventually closed down for good in early 2017. A social media legend (and my personal favorite) that helped propel video into the limelight, Vine was another ahead-of-its-time mobile app that helped set the bar for how social media and video could use one another to thrive.

The short-form video app was acquired by Twitter prior to its official launch and ended up becoming the most downloaded free app in the U.S. iOS App Store at its peak in 2013. Up to that point, it was the most popular video app ever to come out.

But it didn’t last long.

Vine was unable to adapt as other rivals (e.g., Snapchat) emerged and adapted. Plus, Twitter’s own business fluttered, which forced Twitter to close Vine in late 2016. Another “test” of Google’s, the fate of Google Plus turned out just like so many of Google’s other attempts at building a social network – failure.

A revolutionary platform in the way it helped evolve search while further educating the world of web marketing about authority and entities across the globe, Google Plus turned out to be another failed attempt at dethroning Facebook by a rival social network.

But it wasn’t even a social network at all.

And maybe that’s where a lot of its problems arose.

Google was actually focused on its “identity network” because of plans to be identity service providers for a program run by the federal government.

It offered nothing worthy to its users, and, for that, it is now where it belongs: extinct. It has a working URL, an office with employees, and, most importantly, you can sign up for a new account right now.

But this isn’t the same pioneering MySpace that helped spawn social media from what seemed like a few dark basements (it wasn’t) to what ended up being billions of households (and smartphones) across the world.

This is the MySpace that helped shape the digital marketing age of today, catalyzing the success of Facebook even more when it relinquished its title as the most popular social media network to it.

MySpace went from the most visited website in the world in 2006 to losing 10 million unique users in just one month in 2011.

It pivoted itself as the leading social network before reinventing itself as a music-focused network for new artists and less “personal business.”

It hasn’t seemed to work since then.

What’s worse? MySpace keeps shooting itself in the foot. And the latest blunder isn’t one to scoff at. Especially since it tells the same story I tell here: MySpace is dead. 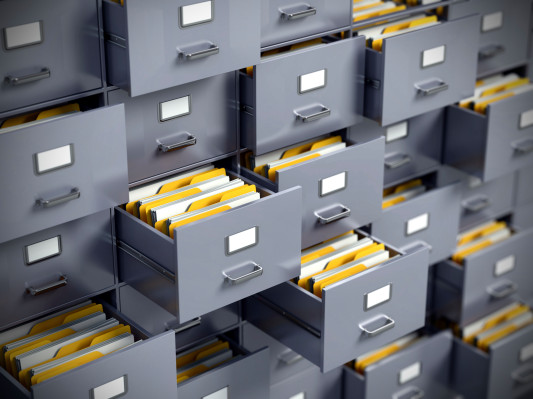