Home SOCIAL Instagram’s User Growth is Slowing, According to a New Report from eMarketer

According to a new report from eMarketer, Instagram’s growth will drop to single digits for the first time in 2020, with older users not migrating across to the app as fast as had been expected. 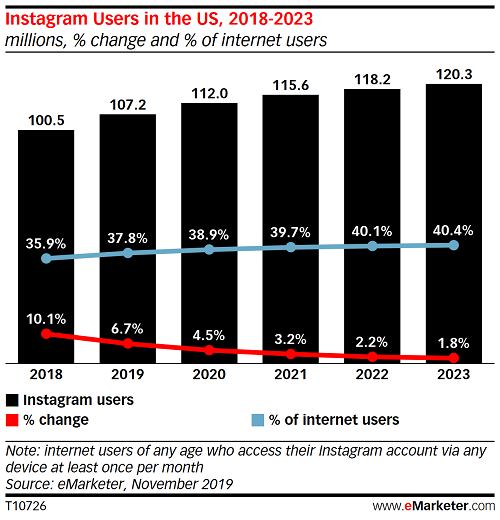 “In 2019, Instagram’s US user growth rate will have dropped to single digits for the first time to 6.7%, down from 10.1% in 2018. Starting in 2020, and through the end of our forecast period in 2023, we estimate that the social media platform will grow slower than previously expected.”

I mean, that’s not a major concern – Instagram is already serving over a billion monthly active users, and these forecasts still project that to rise significantly over the next few years. But then again, Instagram hit the billion user mark back in June 2018, and we haven’t had any official update since.

Could Instagram’s growth actually be slowing more than even these forecasts project?

eMarketer notes that, apart from older users not coming on-board, Instagram is also facing tougher competition from Snapchat and TikTok.

“While older users will not be growing as fast, there have been larger-than-expected gains in US users ages 25 to 34, at 11.4%. However, we don’t anticipate that this group will change substantially in the coming years, as increased competition from a Snapchat resurgence and the rise of TikTok will make it harder for Instagram to maintain high growth.”

eMarketer does note that it expects Instagram’s ad revenue to grow some grow 46% to $13.86 billion in 2020 through the addition of more ad placement and eCommerce-related options. But the longer-term view could see Instagram lose some shine, and leave it susceptible to competition from rising, youth-oriented apps.

From a social media marketing perspective, that could change your approach, particularly if your audience tends to skew older. The assumption would have been that, like Facebook, Instagram’s user demographic would eventually grow up, and expand its spending potential, but, at least from eMarketers perspective, that’s not a clear certainty.

In some ways, that could also drive benefits – Facebook is reportedly seeing significant engagement declines, particularly among younger users, as a result of older audiences flowing in. Maybe, despite not seeing as much growth, Instagram will be able to maintain higher engagement rates overall, which could still be a net positive for marketing and branding purposes.

But it’s another element to factor in. It’s not definitive, of course, as this is third-party analysis, not internal data from Facebook and/or Instagram. But as noted, Instagram hasn’t provided any official updates on usage for some time. There may well be good reason for that.

4 Trends Changing the Marketing Landscape in 2020 & Beyond [Infographic] 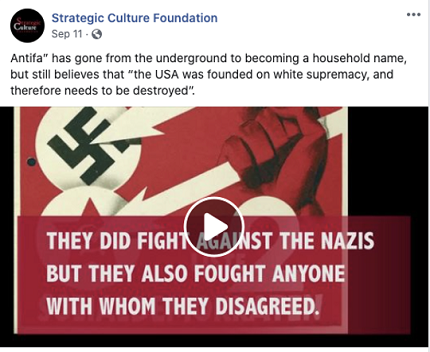