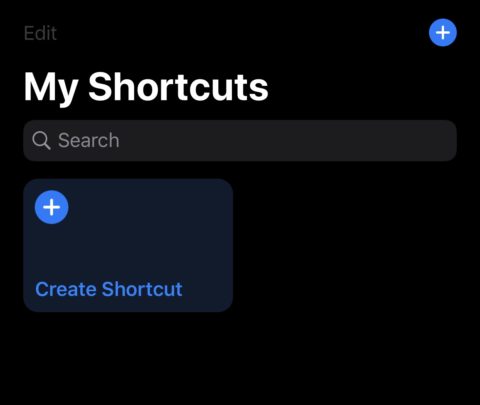 Google is making it possible for iPhone users to conduct searches via the onboard Siri voice assistant.

An update to the Google app for iOS allows it to communicate with Siri via Apple’s Shortcuts app. Shortcuts comes pre-installed on new iPhones, and it’s also available as a free download from the App Store.

One of the things users can do with Shortcuts is create custom voice commands. The voice commands can be used to trigger compatible apps to perform specific actions.

For instance, Siri can now trigger the Google app to conduct a search with the command “Hey Siri, Search Google for [keyword].”

Here’s how to set it up.

Setting Up a Siri Shortcut for the Google App

There’s just a few, simple steps to setting up a Siri shortcut. First, make sure you’ve updated your Google app to the latest version.

Next, open the Shortcuts app and tap on the option to create a new shortcut. After tapping on Create Shortcut, tap on +Add Action You’ll be given the option to choose from any of the actions available from compatible apps. To make things easier, just type “Google” into the search bar and select the Google Search App. Some apps have multiple actions to choose from. The Google app offers just one action, which is to conduct a search with Google.

Customize the voice command for this action by typing anything you want into the text box provided. In the image below you can see I used the simple command of “Search Google.”

Select Done and that’s it – you’re done. Now you can easily conduct a Google search on your iPhone by saying “Hey Siri, Search Google for…”

Finally, there’s a solution for those who aren’t satisfied with the search results provided by Siri. The only drawback of this new method of searching, however, is that Siri won’t be able to read the answer to you.