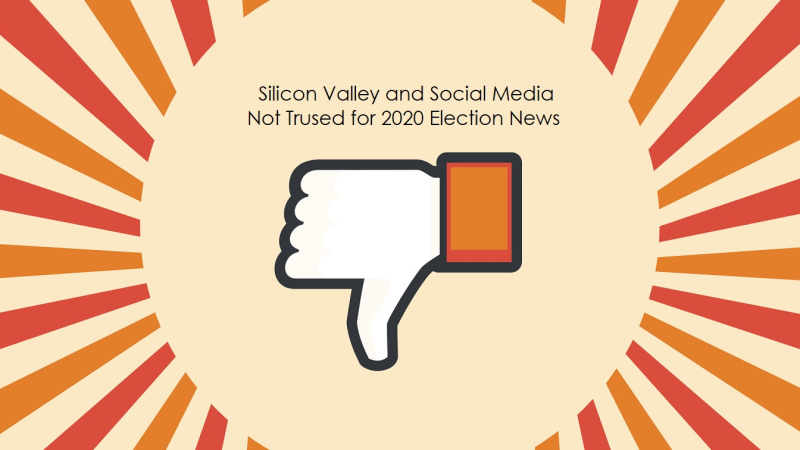 According to a new report, Democrats and Republicans can finally agree on something: Social media cannot be trusted. Just days before the start of the Democratic primaries, Pew Research Center’s recent survey showed that respondents from both sides of the aisle do not trust social media to provide reliable information on political and election news. 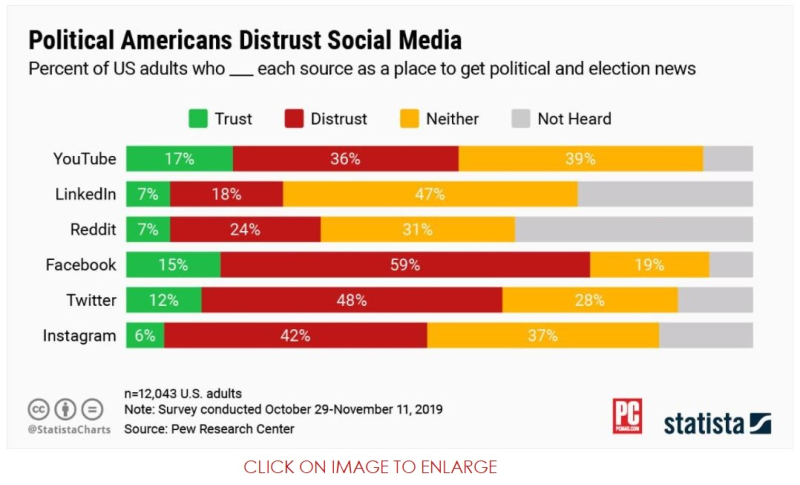 It’s too bad that Pew didn’t add in Google or Apple News. It was announced on Monday that Apple News was stepping up its news coverage of the 2020 Election. I had noted in our coverage of the Apple News announcement that conservative / Republican Apple fans wouldn’t agree with Apple’s list of “trusted news sites.”

Most of these “trusted” news sites were untrustworthy in pushing the false Democratic narrative on Russia collusion. They were equally untrustworthy in supporting the former FBI director James Comey who pushed investigations into Presidential candidate Trump based on false information given to the FISA Court based on a fake dossier paid for by Hillary Clinton.

While we can all agree to love Apple for software and hardware devices, when it comes to news and politics, the community is rightfully split.

It’s pretty clear by the chart below where Google, Amazon, Facebook and Apple’s employees stand politically and that’s fine. But asking conservatives to trust them on news is humorous at best.

As far as Google goes, once you see this Google video made after the last election, you realize that Google is a super far left wing company to its very core that could never be trusted beyond their left base. How can a business leader call half of their customer base fascists and think that’s okay?

In another story about politics and social media today, CNBC reports a group of Republican senators (Cruz, Rubio, Cotton and Blackburn) sent a letter to Twitter CEO Jack Dorsey saying that Twitter would be subject to U.S. sanctions if they didn’t end service to Iranian officials such as Ayatollah Ali Khamenei and Iranian Foreign Minister Javad Zarif. already sanctioned by the U.S. government.

The four senators wrote: “While the First Amendment protects the free speech rights of Americans — and Twitter should not be censoring the political speech of Americans — the Ayatollah enjoys zero protection from the United States Bill of Rights.

And, as the leader of the world’s leading state sponsor of terrorism — directly responsible for the murder of hundreds of U.S. citizens — the Ayatollah and any American companies providing him assistance are entirely subject to U.S. sanctions laws.” 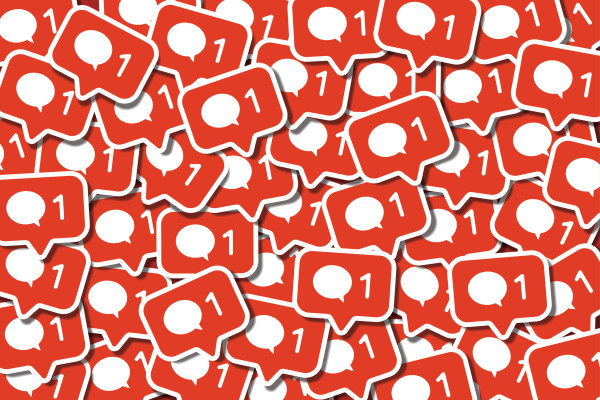