Reddit has launched a new Polls option which enables Redditors to pose questions to their audiences, helping to boost on-platform engagement, and activate the many ‘lurkers’ – people who scroll through the various posts but don’t post, share or comment themselves – within the app. 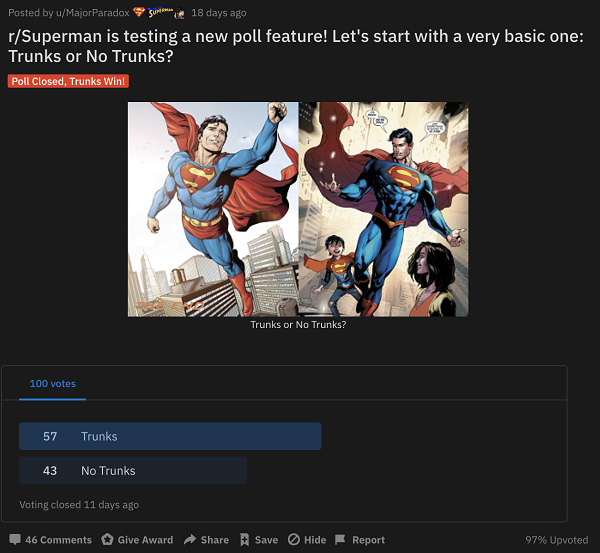 “We’re excited to introduce Polls, a brand new post type that encourages redditors to share their opinion via voting. For Poll creators, the new post type is a straightforward way to engage with Reddit’s 100,000+ active communities, and understand exactly what people think about a given topic. For those voting, Polls makes it easier than ever for our 430 million monthly active users to participate in the conversation, even if they’d prefer not to comment.”

Reddit reported that 430 million MAU count back in December, up from 330 million in April 2018, which, for comparison, means that Reddit’s user count is growing faster than Instagram, Twitter, Pinterest and Snapchat. The rising popularity of the platform should make it larger consideration for marketers moving forward, though there is still some hesitation to advertise on Reddit due to the platform’s long-standing opposition to ads.

Reddit is working to address this, with new ad units and tools designed to maximize attention, while with Polls, it’s also looking to boost its active engagement rates, another important consideration in this respect.

“To post a Poll, Reddit users can simply visit their favorite community, tap the “Create a Post” button and select the Poll option from the tabs. Polls can be open for up to one week, and the end-time must be selected at the time of posting. Then, it’s simply a matter of posing a question, listing up to six answer options for the community to choose from, and allowing the conversation to unfold.” 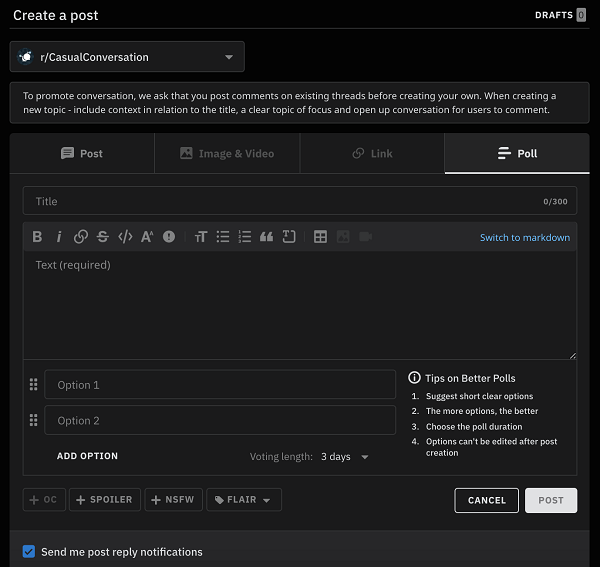 Polls are available in all subreddits, ​except text-only groups.

In testing, Reddit has found that Polls have indeed helped to boost engagement – back in February, Reddit tried out a Super Bowl poll in r/NFL, which resulted in more than 9k votes within 48 hours. 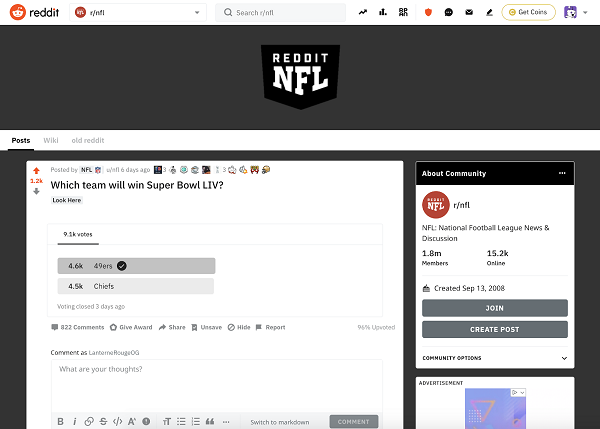 It’s a good addition, and if Reddit can help to boost user engagement, and make it easier for more people to participate in each discussion, that will likely help it improve time spent, and get even more people coming back, more often, to the app.

And for brands, it may also end up being a helpful customer survey tool.

You won’t even need to run a poll yourself – by following or checking in with the subreddits of relevance to your sector, you may well end up finding insights into common queries and trends that can help inform your approach. Or, alternatively, you can post your own queries and see what people think about trending questions.

There are more than 100,000 active communities on Reddit, covering everything from grilled cheese sandwiches to ‘birds with arms‘. And there are many niche discussion groups that are highly active. Polls could give you another way to gather insight from these groups, while also providing another option for Redditors to keep people active. 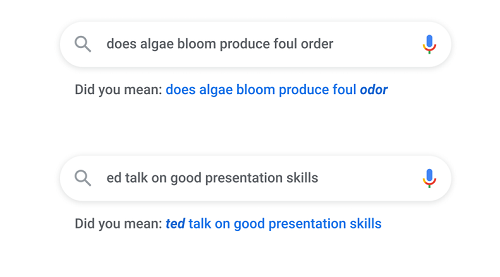