After it was previewed by Facebook CEO Mark Zuckerberg late last week, WhatsApp has now officially announced the launch of its new, 8-person, encrypted video chat option, which doubles the capacity of WhatsApp group video calls. 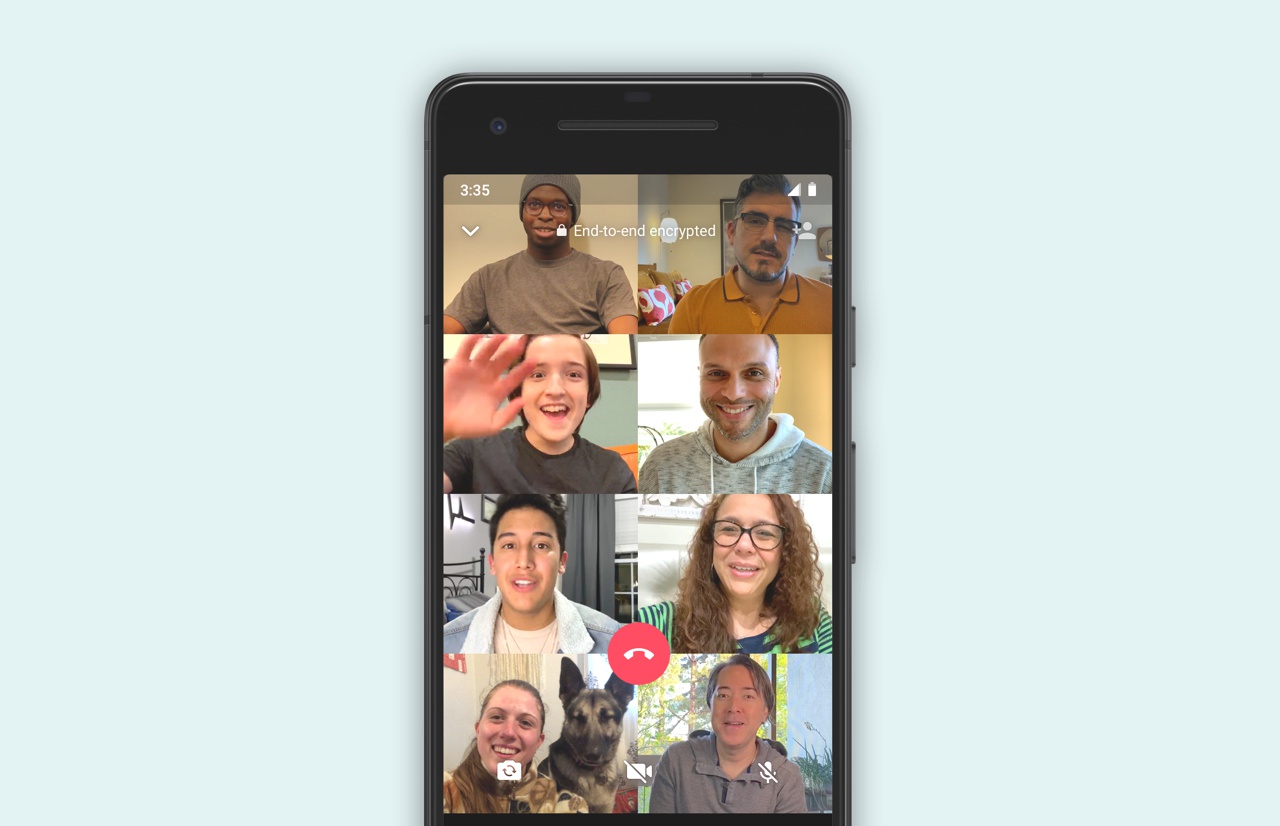 “The COVID-19 pandemic has meant that many of us are isolated from friends and family, and as a result, we’ve seen that people are turning to voice and video calling on WhatsApp more than ever before. Group calling has been particularly useful and our users have asked to connect with more people at once. Starting today, we’re doubling the number of participants you can have on a WhatsApp video or voice call from 4 to 8 people at a time.”

WhatsApp says that, like messages, all of its video calls are protected with end-to-end encryption. It’s also sought to build its expansion of group video calling with mobile data limitations in mind. Many WhatsApp users are in developing regions, where access to data is not as readily available, so it’s been working to minimize the system’s demands in order to ensure that as many people as possible will be able to utilize the feature to connect with family and friends face-to-face, in a virtual sense.

In addition to this, WhatsApp also notes that its group video calls are also available via Facebook’s Portal home speaker device

“We know people may want different ways to connect while they’re at home, which is why WhatsApp is also available on Portal – which many users have told us has been a great way to share their living room with family during quarantine.”

Sales of Facebook’s Portal device have grown by more than 10x during COVID-19 lockdowns, with Facebook now struggling to keep up with demand. That could have significant impacts and implications in the longer term, but right now, it’s interesting to note the various integrations and options being rolled out for Facebook’s in-home connection product.

Facebook says that, overall, group video chat options have seen a 10x increase in usage during COVID-19, so it makes sense for Facebook to add more tools, like expanded WhatsApp group chats, to meet that demand. The interesting thing, however, will be what that means for longer-term usage shifts.

It seems, right now, like these options are having a moment, and more people are learning about the connective benefits of such, which could accelerate a broader digital shift.

From a business perspective, that’s worth considering – how can you utilize such tools to facilitate better connection with your audience, if you assume that people are now going to look to connect via video options like this more often in future?

It’s an interesting question, with a range of possibilities.

To use WhatsApp’s new 8-person group video calls, every participant within the video call needs to update to the latest version of WhatsApp.