QR codes feel like something of an underutilized option, a tool which does have significant potential value, but no social platform has really been able to tap into it as yet – at least not in western countries.

But still, there are plenty of QR code tools available – and this week, WABetaInfo has reported that WhatsApp has begun testing of its own QR code option, which will make it easier for users to share their contact info via QR scans. 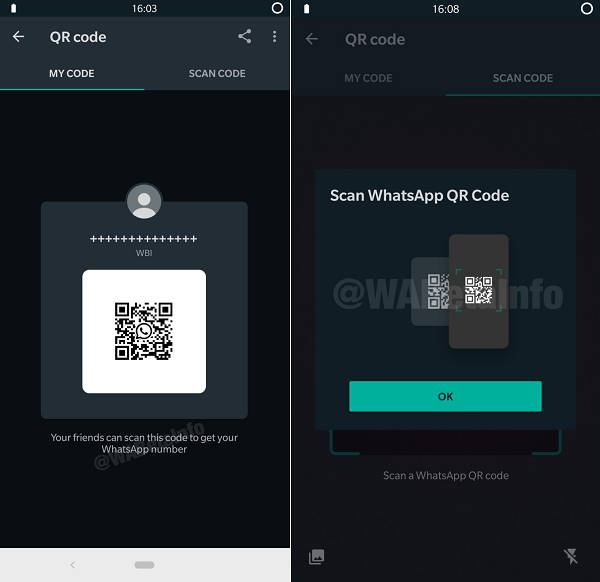 As you can see here, the new QR code option will enable users to either present their code for others to scan, which will share your WhatsApp contact info (and, WABetaInfo notes, your phone number), while there’s also a ‘Scan Code’ option to read other users’ codes.

Which, like all QR code options, is interesting – but is it really valuable? Are we utilizing QR codes as much as we, potentially, could be?

In China, QR codes within social apps are huge. As recently noted by Greg Geng, a VP at Tencent, which owns WeChat:

Indeed, WeChat, which serves more than a billion daily active users, now facilitates some $14 trillion in mobile payments each year, while AliPay, another mobile app, handles almost $20 trillion. The two apps account for 92% percent of all mobile payments in the region, with much of that activity coming via QR codes, which users scan in at stores, train stations, bars – basically everywhere, immediately linking their online identity to their offline purchases.

So why haven’t QR code options taken off the same way in the west?

It’s difficult to understand the various market dynamics at play, but it seems that western users are more skeptical, and more concerned about data tracking and the like, which has limited take-up.

Facebook has tried – back in 2016, for example, Facebook added QR code-based offers, which would enable businesses to use unique QR codes to incentivize in-store purchases. 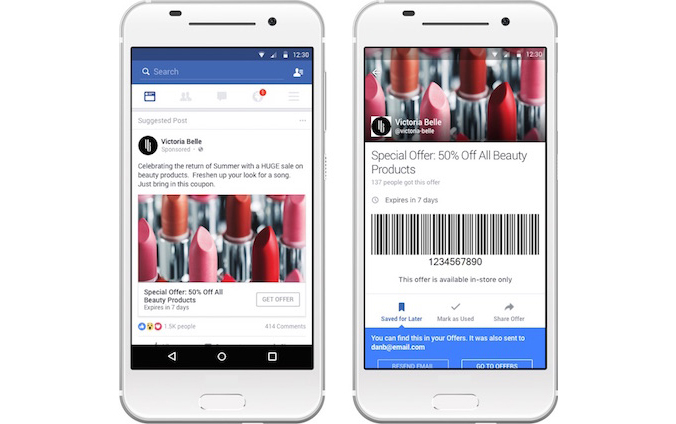 That seems like a good way to link on and offline purchase behavior – but they never became a major consideration, and we haven’t seen people subsequently rushing to scan in Facebook codes at stores.

More recently, in 2018, Facebook added new QR codes for Pages, in order to make it easier for people to connect with your business presence on the platform.

Facebook’s also tested QR codes for rewards programs, linking customer loyalty schemes more easily, but again, none of these options has really taken hold, despite the success of QR scanning within the Chinese market.

But it seems like it should work – it still seems like QR codes could be more valuable, a more utilized option among Facebook users. They’re just not seen as overly valuable as yet.

You know where QR codes could be helpful? Signing up to in-store loyalty programs.

Every time you go to buy something these days, the store assistant will ask if you’re a member of their loyalty scheme – which makes sense, as they want to sign you up so they can then retarget you with ads. And most of the time, if you’re like me, you say ‘no’ and ‘not interested’, not because you’re actually uninterested in their loyalty program, as such, but because who can be bothered going through the extra steps of giving over your details and/or waiting for them to look up your info on their system.

Maybe QR codes could help solve this – maybe, if QR codes could be used to immediately link your online info to the store loyalty program, that would provide a level of utility with the option that could make it more valuable. You just scan in a code, or provide your code to scan, at the point of purchase, then move on.

Maybe, then, we’re looking at QR codes the wrong way, and retailers themselves need to see more utility in the option in order to enact such.

Or maybe they just won’t catch on. Either way, soon, you’ll be able to scan QR codes in WhatsApp, which could make it easier for more people to connect, more easily, within the app.

Other options on business use may be worth investigating, based on the current tools available.