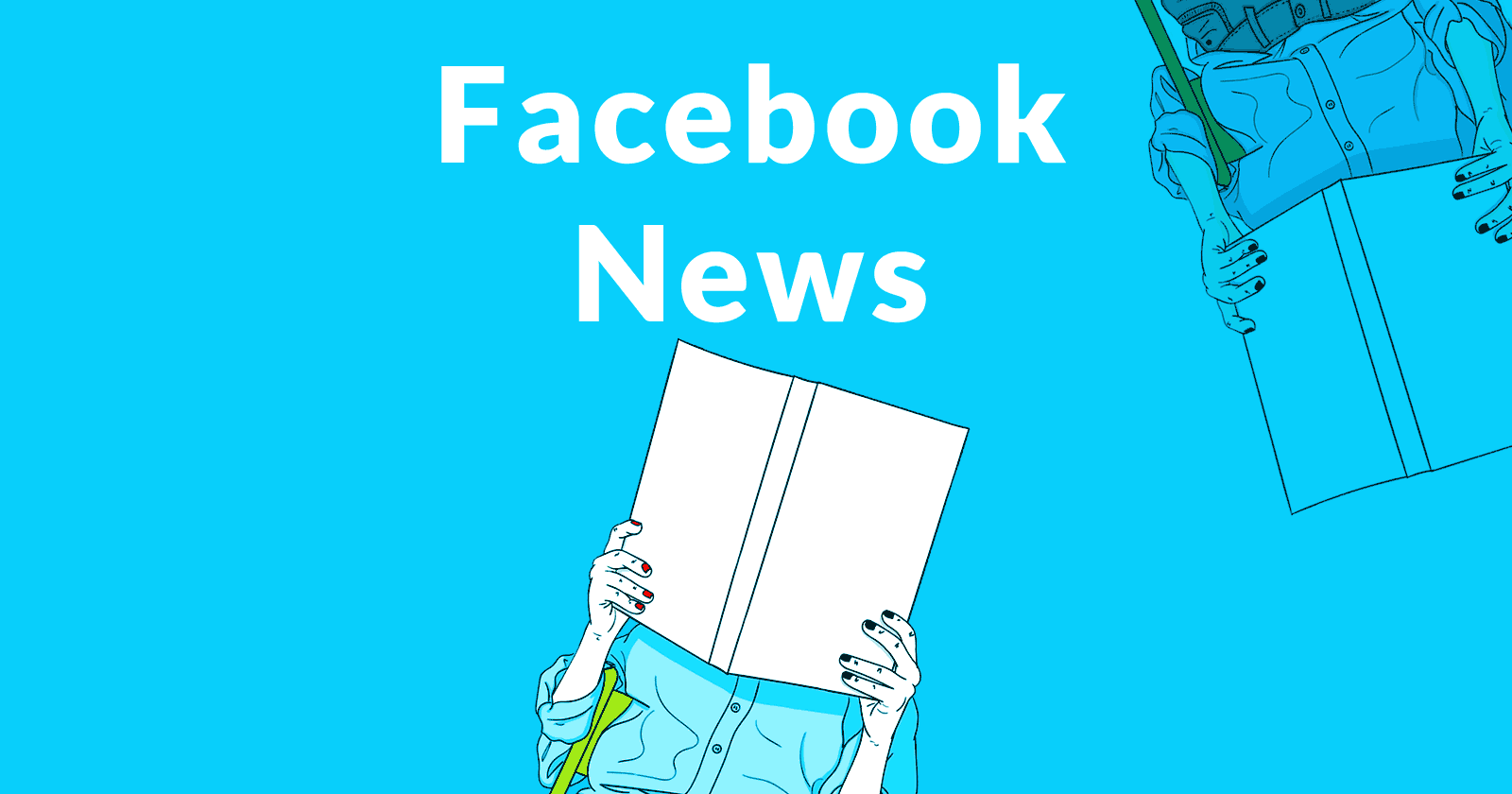 Facebook will make the news accessible via a News tab. Within this tab users will be able access news through four features and be able to personalize the news with a fifth Facebook News feature.

One of the features is the “Today’s Stories” section that highlights the top stories of the day. Journalists didn’t trust Facebook’s algorithms to select the news of the day. So the top featured news will be manually curated by a dedicated team of journalists.

These are the five features:

Personalization
based on the news you read, share and follow, so you can find new interests and topics and Facebook News is fresh and interesting every time you open it

Controls
to hide articles, topics and publishers you don’t want to see “

What Kinds of News Publishers Will be Shown?

General News
are publishers who address the wide range of news from sports, politics, etc.

Topical News
are publishers that are specific to a vertical. Users will have access to news verticals such as science, sports, entertainment and receive news specific to those verticals.

Curiously, Facebook excludes LGBT news. Perhaps they are following Google’s lead in excluding sexual orientation but it seems odd to exclude what is generally estimated to be 4.5% of the population and higher.

Not only does Facebook exclude LGBT news, Facebook has come under fire for including Breitbart, an organization tat is reported by The Guardian to promote “extreme rightwing narratives and conspiracy theories.

Facebook will begin with a test group of local news providers in ten areas.

The initial ten cities included in Facebook Local News are:

Facebook local news will eventually expand to over 6,000 cities U.S. towns and cities.

Facebook News represents an opportunity to grow their audience from a brand new source. It allows news organizations to obtain subscribers and maintain that subscription model on Facebook.  Facebook News, developed in consultation with the news industry, appears to be a balanced approach between the needs of journalism and those who wish to read news. 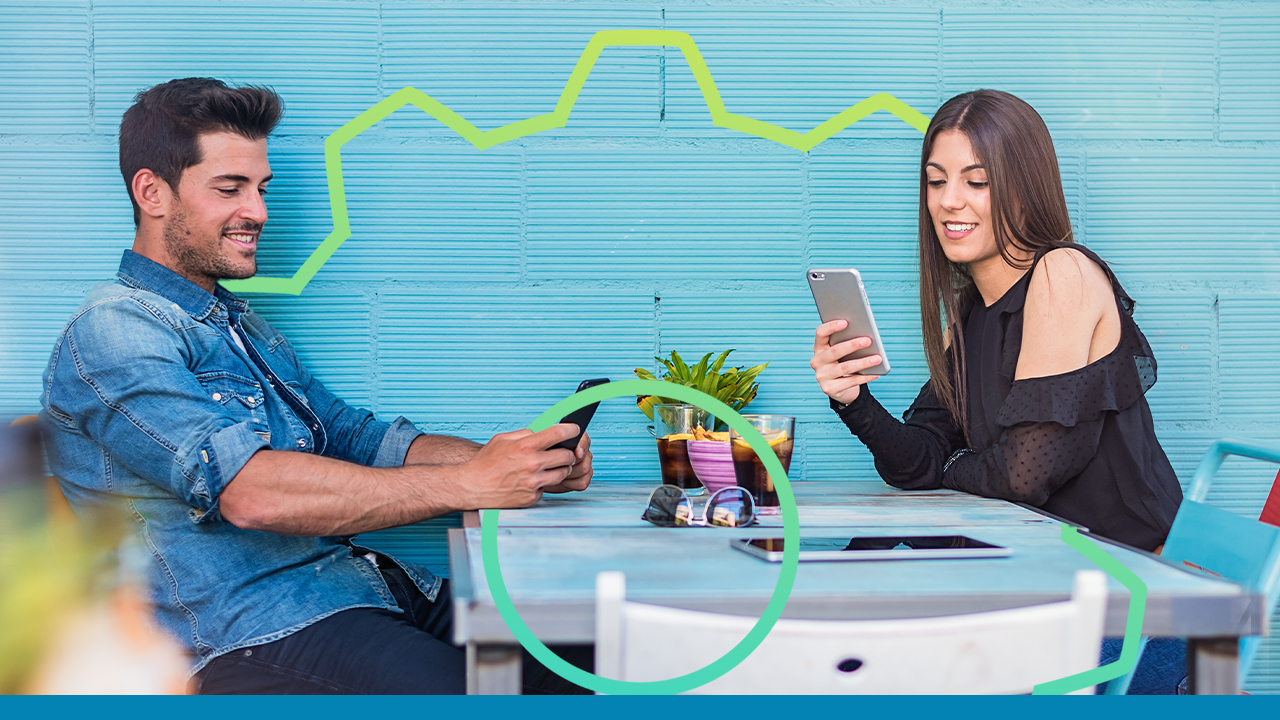 Imagine spending 3, 5, 7, 10 years creating content about topics you love out of pure passion. Working through decision fatigue on what to create, what platform to focus on building, and not knowing the latest marketing monetization strategies to actually make money. Only creating from a place of inspiration because you care and have a message to share for years before making a dime. The dedication and consistency is what builds audiences that LOVE your media channels, listening, watching, liking, and sharing your content on a regular basis. That’s what majority of influencers have done to build their channels.

So why work with influencers to create content for you:

If you are looking to break into a new audience and build brand awareness working with an influencer is a good path to explore. An influencer knows it’s audience better than any SEO search so they know what content to create that will motivate, inspire, and trigger to get a response. They’ve built trust through years of content creation and testing out new ideas to engage their audience.

When you find the right influencer to work with they can be an extension to your business adding to the creative content department. Creative content is a pain point in a lot businesses and why organizations for years have paid big buck to marketing agencies to take this off their hands to make the commercial, promo video, and ads. When you have someone who’s outside of the organization, who’s built an audience, and can play in their strength it will be an added value to any brand and business.

It’s not just any content that’s being created from influencers, it’s dynamic! Ideally, working with an influencer they are coming to the table with ideas for videos, social media, and ad content that will seamlessly incorporate the brand into their audience. Since they know their audience best let them lead this conversation and find a common working ground to let them move forward on their ideas. This type of content is the win-win-win for the brand, the audience, and the influencer’s media channels.

Consistent content with any media channel is key to creating brand awareness for a business. When you have an influencer who’s outside of the organization not distracted by the day to day operations of a company, leaving them to create consistent dynamic content is something most brands didn’t even know they needed.

It’s a strategic move for an organization to outsource content creation to an influencer who’s put in the creative work to build an audience. It’s an immediate traffic source to tap into and create brand awareness. There’s an opportunity to put paid marketing dollars behind the content and boost it’s engagement creating more opportunity for a brand.

On average it takes a person 5-7 impressions to link a brand’s logo to the company. Add in another 7 impressions for them to remember it in the abyss of brands that are being marketed to them daily. When you work with an influencer to create dynamic consistent content you’re increasing your odds of your brand being recognized faster and identified by a trusted source. Good luck on your road to content creation with influencers!

Valerie created her boutique agency specializing in product launches and sponsorships for health conscious podcasters, influencers, and wellness companies. She uses her experience to create win-win-win deals for her clients, brands, and audiences. This has put her behind launches of companies and products with sales into the millions working with brands like Spartan Races, Barbell Shurgged, The Strong Coach, Complete Human and so many more!

In Valerie’s free time she is a catalyst to remind young women of their inherent wisdom, intuition and power, and guide them to access the confidence within to make healthy choices in their lives. Add in hiking, dancing, reading, exploring new places to eat and she’s in her happy place! 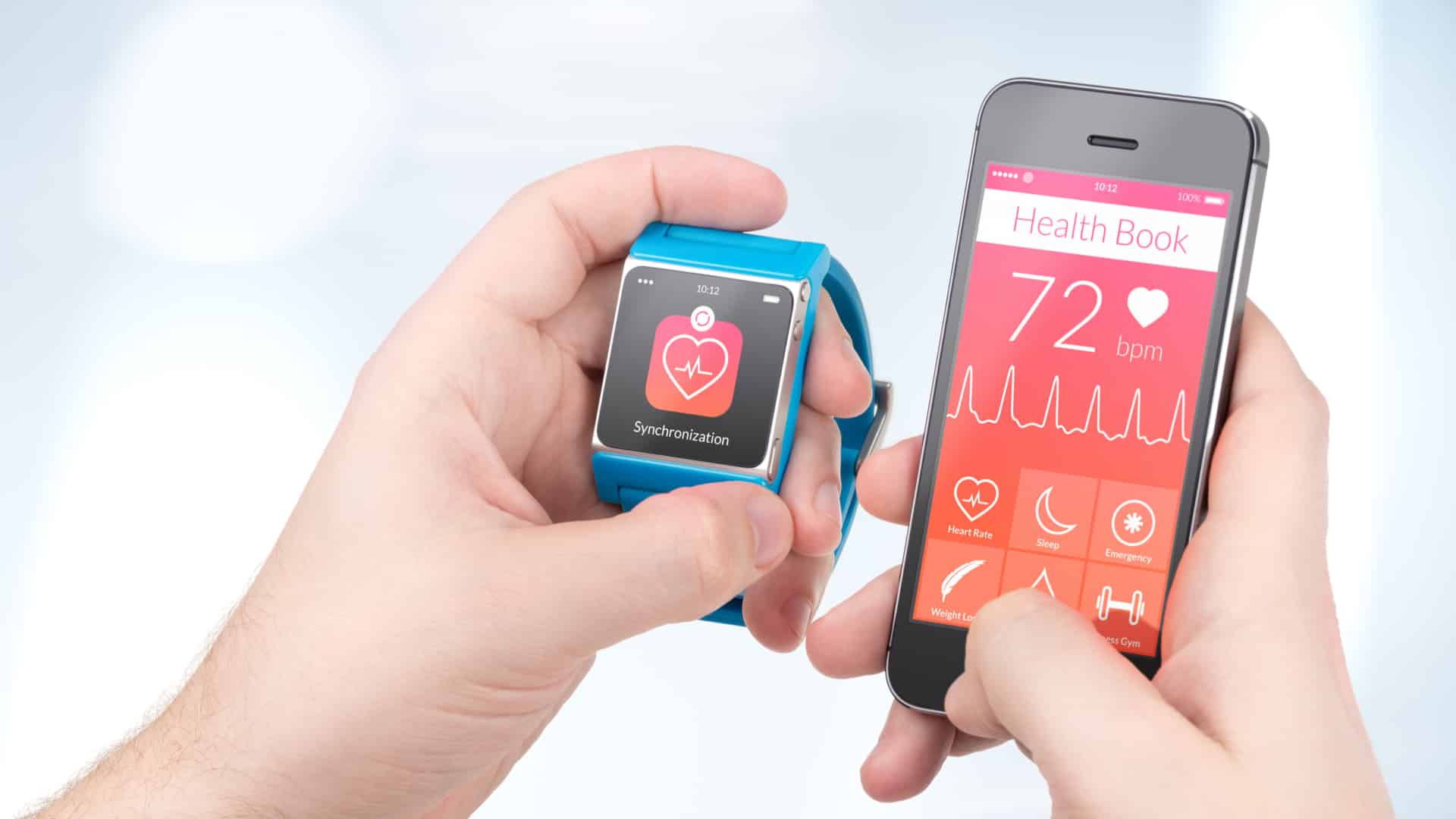 Consumers are showing greater concern over how data is gathered online and in apps and smart devices, according to a new study by GroupM, the media investment arm of WPP. The research was conducted in December by GroupM’s Audience Origin (formerly LivePanel) and included 1,000 U.S. consumers.

The findings indicated a decline in the number of consumers who feel comfortable sharing their data on health tracker apps or to allow smart home devices to automatically order refills for household items.

Sharing info. Over three quarters (77%) of respondents strongly or somewhat agreed with the statement: “I worry about how companies use my personal data online.” This was up from 72% in last year’s report.

Also, only a small percentage of consumers believe that the company who makes a device in the home, or its software, should have access to the data. That number is 5.4% in the current study, down from 6.9% in the previous one.

New tech. Consumers are less enamored with new technology in their house. Only 51% of respondents in the survey agreed with the statement: “It’s important my household is equipped with the latest technology.” The survey the previous year had 54% agree.

Also, 32% somewhat or completely agreed that new tech “confuses me,” up from 28% the year before.

Why we care. In this study, the numbers appear to be consistently in the 5% range for drop in consumer sentiment around privacy, data and new technology.

It’s not a massive drop, but it’s not nothing either. Individual brands can overcome this barrier by managing a better conversation with their customers about their privacy and data practices.

Take, for instance, the wide disparity in the way email subscriptions are managed. Some brands offer a one-click unsubscribe, while others hide the option behind a number of additional screens and questions. Marketers can cut through with transparency, and the ones that do will be ahead of the game as privacy law catches up in the states.

Trending in Marketing: Content Marketing Trends to Carry You Through 2022 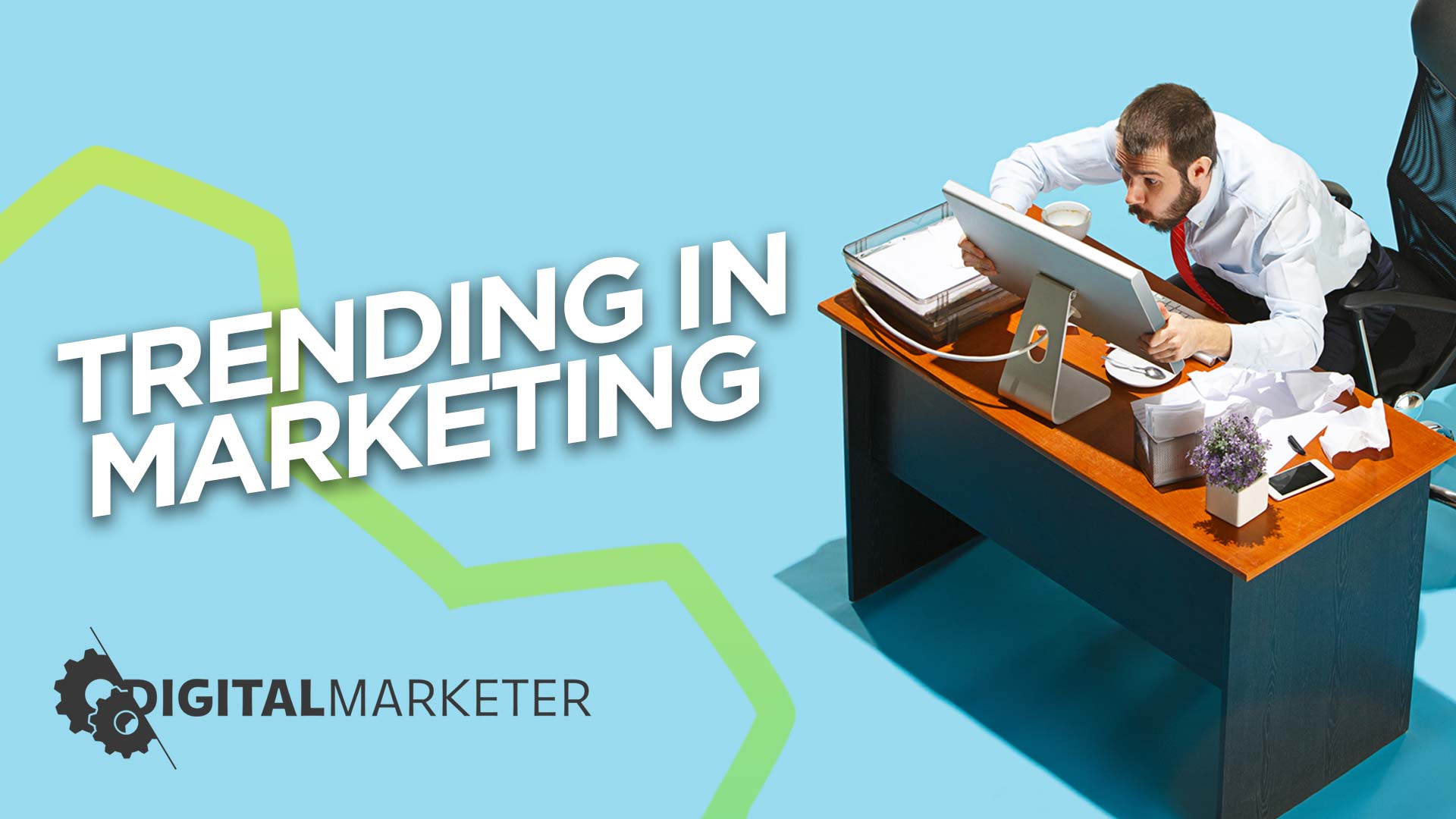 www.entireweb.com
See also  B2B Marketing Trends That Are Set to Rule in 2022
Continue Reading
Thanks for subscribing!