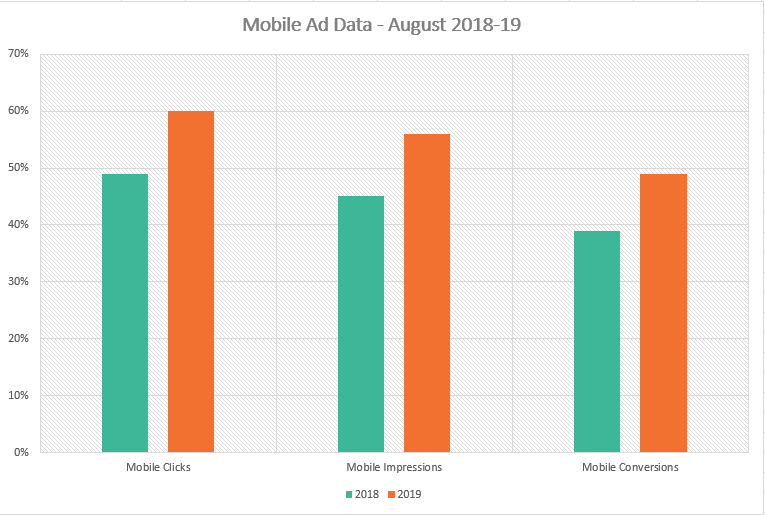 Despite the fact mobile devices are now the dominant way that consumers browse and search the internet, mobile ad clicks and conversions are less valuable than those on the desktop. That’s according to an analysis of 10 million ad clicks across 100 accounts by digital marketing agency AccuraCast.

Historically AOV for desktop transactions has been higher than on mobile devices. This is backed up by multiple other studies and reports. As a generalization, consumers browse on mobile devices and tend to buy on the desktop — although that is changing.

A year’s worth of data analyzed. The firm looked at mobile and desktop ad clicks between August 2018 and and August 2019. Mobile impressions, clicks and conversions (e-commerce or lead capture) grew during the 12-month period. AccuraCast appears to not take into account mobile ad-influenced conversions that happen offline. If offline sales were factored in to the B2C data, that might change the calculation and conclusion somewhat. However, the agency is only looking at e-commerce.

Mobile UX problems. AccuraCast places the blame for higher mobile ad impressions but lower conversions on a range of potential problems with the mobile user experience. Among them:

AccuraCast implies that latent conversions on different devices (mobile ad exposure with a later desktop conversion) may thwart tracking — and potentially distort the data to some degree. That issue isn’t really discussed in the report, except that AccuraCast recommends retargeting non-converting mobile users on the desktop, where they’re more likely to buy.

Why we should care. For years consultants and industry experts have advised retailers and others to speed up and simplify the mobile user experience. Heeding that advice has clearly borne fruit in the form of conversion and revenue growth on mobile devices.

What the AccuraCast report indicates is that there’s still some distance to go. However, retailers and other sellers should not see the desktop and mobile as mutually exclusive channels. Most shoppers are using multiple devices to make buying decisions, depending on the level of purchase consideration. One exception may be younger users who are less engaged with PCs and tend to favor mobile devices and physical stores over traditional e-commerce.

Greg Sterling is a Contributing Editor at Search Engine Land. He writes about the connections between digital and offline commerce. He previously held leadership roles at LSA, The Kelsey Group and TechTV. Follow him Twitter or find him on LinkedIn.
Related Topics:
Up Next

An interview with Dr. Stuart Russell, author of “Human Compatible, Artificial Intelligence and the Problem of Control” 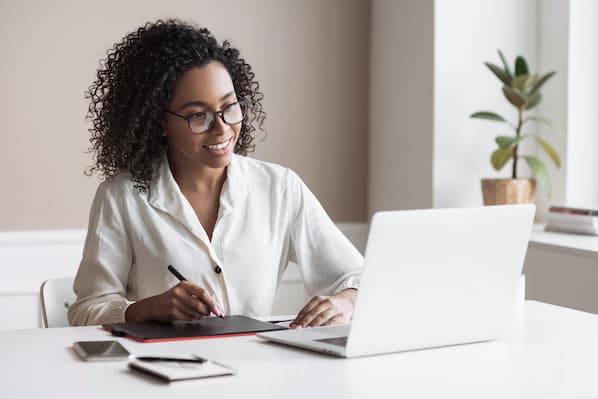 Duplicate data is costly, it skews reports and leads to wasted marketing resources. Here’s how to remove duplicates in Excel spreadsheets: END_OF_DOCUMENT_TOKEN_TO_BE_REPLACED