Why raise venture capital when you can raise debt and keep your equity?

That’s the question a whole slew of new financial technology companies are hoping entrepreneurs will ask themselves as they begin to think about collecting outside capital for their businesses. Clearbanc made waves with its “20-Minute Term Sheet” campaign, with a goal of backing 2,000 businesses with $1 billion in non-dilutive capital by the end of 2019. Now, Capital is launching to educate founders about the possibility of debt funding. 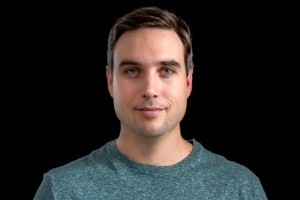 Capital’s underwriting technology, dubbed The Capital Machine, determines if businesses have the growth potential necessary for an infusion of debt (by analyzing revenue and other financial considerations), then delivers term sheets within 24 hours. The expedited process cuts out the time-consuming elements of pitching venture capitalists, the company says, allowing businesses to go from zero to $5 million — or more — in a matter of hours.

For companies that are’t ready for a debt round, or that don’t meet Capital’s qualification, the company is offering access to a free calculator that determines the cost of a company’s capital based on their fundraising and valuation data.

“We are trying to create a business that is the place that all founders go to start their fundraising process,” Silverberg tells TechCrunch. “We just want entrepreneurs to understand that step one in building a balance sheet is to understand your cost of capital. Step two is you can now use that to compare your financing options. We hope we can make this process simpler and more transparent.”

Capital charges a 5% to 15% flat fee on its capital, investing a maximum of $50 million over time. The company has ambitions of becoming a holistic investment bank of sorts, says Silverberg, ready and willing to advise companies on fundraising possibilities and connect them with VCs for future deals.

Historically, Silverberg explains, venture capital dollars went to risky upstarts poised to disrupt a category. Today, loads of equity funding is funneled into predictable business models that could be funded entirely with non-dilutive capital: “I saw what the venture process was like,” Silverberg said, referencing his stint at DFJ. “Tech companies do not utilize debt … this is extremely expensive for founders.”

There’s a culture surrounding venture capital fundraising in Silicon Valley and beyond. One in which startups seek to become “unicorns,” hoping for stories on this very site to laud their accomplishments — including the loads of venture capital dollars they’ve pulled in. In reality, much of that capital is plowed into things like Facebook and Google to fuel digital ad campaigns, which is not how VC is intended to be used and can result in founders taking a company public with just a few percentage points of ownership.

Solutions like Capital, Clearbanc, Lighter Capital and others should remind entrepreneurs that venture capital isn’t the only route to getting a company off the ground and can be raised in addition to venture debt.

“There’s no excuse for not knowing your cost of capital,” Silverberg adds.

The Correlation and Impact of SEO on Lead Generation