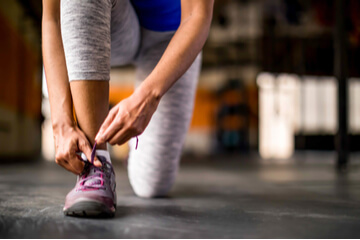 If you are using Facebook’s Ads Manager, campaign budget optimization (CBO) will become mandatory for all ad campaigns as of September 1, 2019.

If you are using an API tool like AdRules, you have until September 2020 before it is mandatory.

If you do any advertising on Facebook, you will be affected by this change. It will apply to both new and existing ad campaigns.

If you don’t want a rude awakening on September 1 when CBO activates in Ads Manager and your Facebook campaigns start to behave very differently, you need to start testing campaign budget optimization now.

While nobody likes mandatory, sudden changes, this is not all doom and gloom. There are some considerable upsides to CBO. You will have to give up some control over your campaigns after September first, but with CBO:

1. You’ll have less to manage

When campaign budget optimization is activated in Ads Manager, Facebook automatically shifts the ad budget to whichever ad set in a campaign is most effective. You get to control the definition of what “effective” means by specifying a goal for each campaign. Goals that are fairly late in your sales funnel, like a purchase or a download, tend to work best with CBO.

Because all that bid management work will be done by the Facebook algorithm, you may be able to hire less expensive people to manage your campaigns or have your team members work on more networks or accounts. Or, if you’ve been doing those bid edits yourself, you may find you suddenly have extra hours free every week. We recommend using those free hours to develop better creative, to study your competitors’ creative, or to set up a more efficient creative testing machine.

2. You’ll get a better return on ad spend (ROAS)

While there were some early reports of CBO not working as well as human-managed campaigns, the algorithm has gotten considerably smarter than when it first launched.

We’ve found that if a campaign is set up properly and the bids are high enough, CBO generally can get better results than a human can get.

CBO will also reduce how often your campaigns are put into “learning mode”. That means you won’t get penalized when Facebook’s algorithm reassesses your campaigns.

But you do need to give campaign budget optimization time to work. The algorithm needs about 50 conversions per ad set, per week, before it accrues enough data to ramp up your campaigns. And speaking of ramping up campaigns if you want to scale your campaigns, CBO is extremely effective. Especially if you keep feeding it new, high-quality audiences.

3. You will still be able to control spending (to an extent) with ad set spending limits

This is a way to set a “governor” of sorts on your spending. It will force Facebook to run ad sets perhaps longer than it might otherwise have, but if you’re not quite ready to relinquish control, ad set spending limits are a way to ease into this new campaign management approach.

Those of you who also advertise with Google’s App Campaigns may have an edge already. Facebook is in some ways following Google’s lead by requiring advertisers to shift over to automated budget optimization.

You could, potentially, get around CBO by creating dozens or even hundreds of campaigns, each with on single ad set. But that would be working against the algorithm. And besides, CBO works well. There aren’t many good reasons to try to circumvent it. Especially when you use it along with other Facebook best practices and Facebook’s simplified campaign structure recommendation.

The benefits of CBO are proven, but you need to start testing now to see how to make it work well for your accounts. We still have a couple of months until the change in Ads Manager, but you may need to run multiple week-long tests to get the hang of this new budgeting strategy.

You may also need to shift how you’ve been defining goals. Using CBO for clicks is a waste of potential. Instead, look towards the end of the buyers’ journey. We like to optimize not just for app installs, but for specific app events like purchases. And not for just two-dollar purchases, we target people who are likely to spend $20 or more.

As you begin to test and measure CBO, don’t get too attached to the results of individual ad sets. Look at the campaign level, as this graphic illustrates:

Also, get ready to bump up your creatives. For CBO to work, it often needs several creative assets for each ad set. Including a few videos and elements for dynamic creatives helps too.

Pay close attention to your audiences, too. Many advertisers have found that CBO works best for them if they create separate campaigns for different audiences like one campaign for cold audiences and another campaign for a “warm” audience, like a retargeting audience.

Get ready for things like “The Breakdown Effect” to make your reporting look a little strange at first. “The Breakdown Effect” occurs when discount pacing (how frequently your ads show) intersects with discount bidding and makes it look like the system is overcharging you for conversions. What’s actually happening is the system is trying to find the most affordable conversions first, then it tries to find more expensive conversions.

If you do a lot of testing, this breakdown effect pattern may be familiar. It’s similar to how one cell of a test can look like a winner at first but as the data accrue, that early winner falls away and another cell is shown to perform better in the long-term.

Facebook is evolving. Everyone knows this, but the CBO change in September for Ads Manager is yet one more example of it happening again. And because Facebook’s advertising platform is evolving, advertisers have to evolve with it, too. If you’re still doing Facebook advertising like you were a year ago, you’re losing money and missing out on better ROAS.

Brian Bowman is the CEO of ConsumerAcquisition.com.