They’re separate suits, although the two groups coordinated their investigations. Both suits claim that Facebook has behaved illegally when it acquired Instagram and WhatsApp, and that it used its monopoly power to suppress competition. The FTC suit also calls for Instagram and WhatsApp to be split off from the company.

In response, Facebook tweeted, “Years after the FTC cleared our acquisitions, the government now wants a do-over with no regard for the impact that precedent would have on the broader business community or the people who choose our products every day.”

Squire, a barbershop tech startup, triples its valuation to $250M in latest round — Squire raised $59 million in a round led by Iconiq Capital.

Coinbase’s backstory and future with ‘Kings of Crypto’ author Jeff John Roberts — “Kings of Crypto” tells the story of Coinbase, Brian Armstrong and the dream of a crypto economy.

How DoorDash and C3.ai can defend their red-hot IPO valuations — An excited market brings big valuations, stacks of cash and high expectations.

Streamers, including Netflix and CBS All Access, roll out new family-friendly features — Netflix announced the rollout of the Kids Activity Report and Family Profiles, while CBS All Access added a Kids Mode. 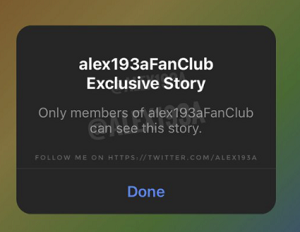