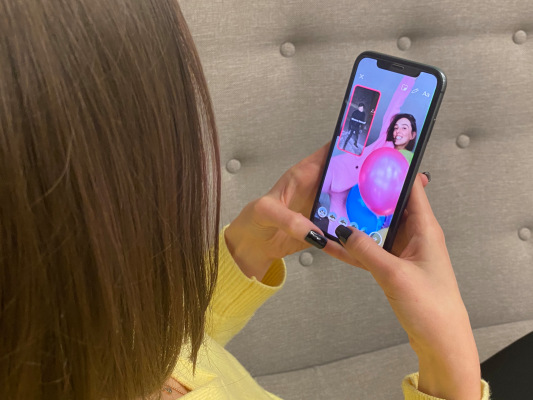 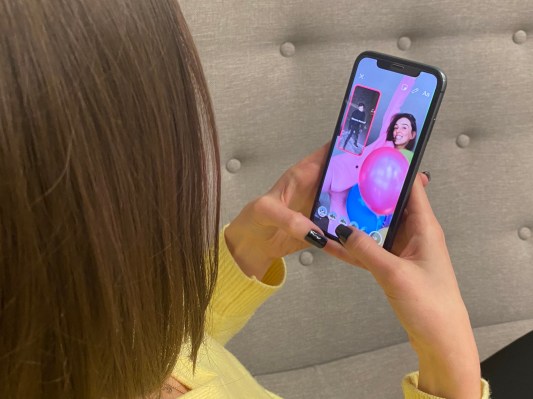 F3, an anonymous Q&A app targeting Gen Z teens which blends a Tinder-style swipe-to-friend gamification mechanic, Stories-esque rich media responses and eye-wateringly expensive subscriptions to unlock a ‘Plus’ version that actually lets you see who wants to friend you — has raised a $3.9M seed round, including for a planned push on the US market.

The Latvian team behind F3 are not new to the viral teen app game having founded the anonymous teen Q&A app Ask.fm — which faced huge controversy back in 2013 over bullying and safety concerns after being linked to a number of suicides of users who’d received abusive messages. Not that they’ve let that put them off the viral teen app space, clearly.

Investors in F3’s seed round hail from the Russian dating network Mamba (including the latter’s investor, Mail.ru Group) and a co-investor VC firm with a marketing focus, called AdFirst.

Alex Hofmann (former musical.ly president) and Marat Kichikov (GP at Bitfury Capital) are also named as being among those joining the round as angel investors.

The typical user is a (bored) teenager, with the user base being reported as 65% female and 60% Europe / 20% LatAm / 20% Rest of World at this point. (They’re not breaking out any active user metrics but claim 80% of users have been on the app for more than three months at this point.)

On the safety front, F3 is using both automated tools and people for content moderation — with the founders claiming to have learnt lessons from their past experience with Ask.fm (which got acquired by IAC’s Ask.com back in 2014, given them the funds to plough into F3’s development up to now).

“We’ve been solving problem of violating content in our previous company (Ask.fm), and now at F3 we’ve used all our knowledge of solving this problem from day one. Automation tools include text analysis in all major languages with database of 250k+ patterns that is continuously being improved, and AI based image recognition algorithms for detecting violating content in photos and videos,” says the founding team — which includes CEO Ilja Terebin.

However reviews of the app that we saw included complaints from users who said they’ve being pestered by ‘pedophiles’ asking for nudes — so claims of safety risks being “solved” seem riskily overblown.

Why do teens need yet another social discovery/messaging app? On that Terebin & team say the app has been tailored for Gen Z from the get-go — “focusing on their needs to socialize and make new friends online, ‘quick’ content in the form of photos and short videos, which is true and personal”.

“Raw & real” is another of their teen-friendly product market fit claims.

F3 users get a personalized URL that they can share to other social networks to solicit questions from their friends — which can be asked anonymously or not. (F3 users can also choose not to accept anonymous questions if they prefer.)

Instead of plain text answers users snap a photo or grab a short video, add filters, fancy fonts and backgrounds, and so on to reply in a rich-media Stories-style that’s infiltrated all social networking apps (most recently infecting Twitter, where it’s called Fleets).

These rich media responses get made public on their feed — so if an F3 user chooses to answer a question they’re also engaging with the wider community by default (though they can choose not to respond as questions remain private until responded to).

Asked how F3 stands out in a very packed and competitive social media landscape, they argue the app’s “uniqueness” is that the Q&A is photo and video based — “so the format is familiar and close to other social networks (‘stories’ or ‘snaps’) but in a Q&A style back-and-forth communication”, as they put it, adding that for their Gen Z target “the outdated text-based Q&A just was too boring”.

“We compete for eyeballs of Gen Z with Snapchat, TikTok and Instagram. Our key strength is that through the Q&A format one can make new friends and truly get to know other people on a personal level through the prism of ‘raw and real’ content, which is not central on any of those platforms,” they also claim.

In terms of most similar competitors, they note Yolo has seen “some traction” and concede there are a bunch of others also offering Q&A. But here they argue F3 is more fully featured than rivals — suggesting the Q&A feature is just the viral hook to get users into a wider community net.

“[F3] is a fully functional social platform, built around visual communication — users have content feed where they can view posts by people they follow, they can create photo/video content using editing tools in the app itself, there’s a messenger functionality for direct chats, follow-ships, content and user discovery. So for us, the anonymous messaging/Q&A format is just an entry point which allows us to grow quickly and get the users on our platform, but then they make new connections and keep engaging with their unique social circle they have only on F3, making it a sustainable stand-alone social network.”

Again, though, user reviews tell more of a raw (and real?) story — with plenty of complaints that there’s little value in the free version of the app (while F3 Plus costs $3.99 for 7 days; $8.99 for 1 month or $19.99 for 3 months), and questions over the authenticity of some anonymous questions, as well as complaints that other users they’re able to meet aren’t nearby and/or don’t speak the same language. Other reviews aren’t wowed by more of the  same Q&A format. Others complain the app just feels like a data grab. (And the F3 ‘privacy policy‘ definitely has a detailed story to unfold vis-a-vis the tracking users are agreeing to, for anyone who bothers to dig in and read it.)

“This whole app is literally just like all the other apps. Just another copy cat that you still have to pay for,” runs one review from July 2020. “Don’t download.”