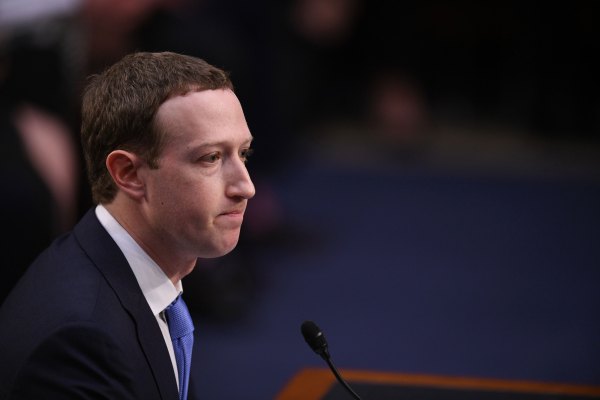 Facebook has reached a settlement with the UK’s data protection watchdog, the ICO, agreeing to pay in full a £500,000 (~$643k) fine following the latter’s investigating into the Cambridge Analytica data misuse scandal.

As part of the arrangement Facebook has agreed to drop its legal appeal against the penalty. But under the terms of the settlement it has not admitted any liability in relation to paying the fine, which is the maximum possible monetary penalty under the applicable UK data protection law. (The Cambridge Analytica scandal predates Europe’s GDPR framework coming into force.)

Facebook’s appeal against the ICO’s penalty was focused on a claim that there was no evidence that U.K. Facebook users’ data had being mis-used by Cambridge Analytica.

But there’s a further twist here in that the company had secured a win, from a first tier legal tribunal — which held in June that “procedural fairness and allegations of bias” on the part of the ICO should be considered as part of its appeal.

The decision required the ICO to disclose materials relating to its decision-making process regarding the Facebook fine. The ICO, evidently less than keen for its emails to be trawled through, appealed last month. It’s now withdrawing the action as part of the settlement, Facebook having dropped its legal action.

In a statement laying out the bare bones of the settlement reached, the ICO writes: “The Commissioner considers that this agreement best serves the interests of all UK data subjects who are Facebook users. Both Facebook and the ICO are committed to continuing to work to ensure compliance with applicable data protection laws.”

An ICO spokeswoman did not respond to additional questions — telling us it does not have anything further to add than its public statement.

As part of the settlement, the ICO writes that Facebook is being allowed to retain some (unspecified) “documents” that the ICO had disclosed during the appeal process — to use for “other purposes”, including for furthering its own investigation into issues around Cambridge Analytica.

“Parts of this investigation had previously been put on hold at the ICO’s direction and can now resume,” the ICO adds.

Under the terms of the settlement the ICO and Facebook each pay their own legal costs. While the £500k fine is not kept by the ICO but paid to HM Treasury’s consolidated fund.

The ICO welcomes the agreement reached with Facebook for the withdrawal of their appeal against our Monetary Penalty Notice and agreement to pay the fine. The ICO’s main concern was that UK citizen data was exposed to a serious risk of harm. Protection of personal information and personal privacy is of fundamental importance, not only for the rights of individuals, but also as we now know, for the preservation of a strong democracy. We are pleased to hear that Facebook has taken, and will continue to take, significant steps to comply with the fundamental principles of data protection. With this strong commitment to protecting people’s personal information and privacy, we expect that Facebook will be able to move forward and learn from the events of this case.

In its own supporting statement, attached to the ICO’s remarks, Harry Kinmonth, director and associate general counsel at Facebook, added:

We are pleased to have reached a settlement with the ICO. As we have said before, we wish we had done more to investigate claims about Cambridge Analytica in 2015. We made major changes to our platform back then, significantly restricting the information which app developers could access. Protecting people’s information and privacy is a top priority for Facebook, and we are continuing to build new controls to help people protect and manage their information. The ICO has stated that it has not discovered evidence that the data of Facebook users in the EU was transferred to Cambridge Analytica by Dr Kogan. However, we look forward to continuing to cooperate with the ICO’s wider and ongoing investigation into the use of data analytics for political purposes.

A charitable interpretation of what’s gone on here is that both Facebook and the ICO have reached a stalemate where their interests are better served by taking a quick win that puts the issue to bed, rather than dragging on with legal appeals that might also have raised fresh embarrassments.

That’s quick wins in terms of PR (a paid fine for the ICO; and drawing a line under the issue for Facebook), as well as (potentially) useful data to further Facebook’s internal investigation of the Cambridge Analytica scandal.

We don’t know exactly it’s getting from the ICO’s document stash. But we do know it’s facing a number of lawsuits and legal challenges over the scandal in the US.

The ICO announced its intention to fine Facebook over the Cambridge Analytica scandal just over a year ago.

In March 2018 it had raided the UK offices of the now defunct data company, after obtaining a warrant, taking away hard drives and computers for analysis. It had also earlier ordered Facebook to withdraw its own investigators from the company’s offices.

Speaking to a UK parliamentary committee a year ago the information commissioner, Elizabeth Denham, and deputy Dipple-Johnstone, discussed their (then) ongoing investigation of data seized from Cambridge Analytica — saying they believed the Facebook user data-set the company had misappropriated could have been passed to more entities than were publicly known.

The ICO said at that point it was looking into “about half a dozen” entities.

It also told the committee it had evidence that, even as recently as early 2018, Cambridge Analytica might have retained some of the Facebook data — despite having claimed it had deleted everything.

“The follow up was less than robust. And that’s one of the reasons that we fined Facebook £500,000,” Denham also said at the time.

Some of this evidence will likely be very useful for Facebook as it prepares to defend itself in legal challenges related to Cambridge Analytica. As well as aiding its claimed platform audit — when, in the wake of the scandal, Facebook said it would run a historical app audit and challenge all developers who it determined had downloaded large amounts of user data.

The audit, which it announced in March 2018, apparently remains ongoing.