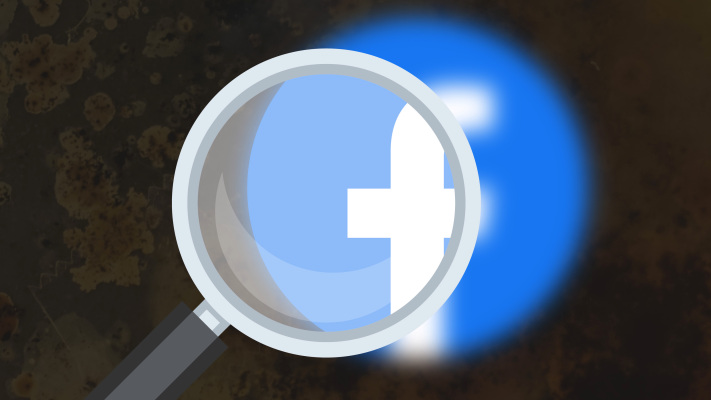 Facebook has challenged the FTC’s antitrust case against it using a standard playbook that questions the agency’s arguably expansive approach to defining monopolies. But the old reliable “we’re not a monopoly because we never raised prices” and “how can it be anti-competitive if we never allowed competition” may themselves soon be challenged by new doctrine and the new administration.

In a document filed today, which you can read at the bottom of this post, Facebook lays out its case with a tone of aggrieved pathos:

By a one-vote margin, in the fraught environment of relentless criticism of Facebook for matters entirely unrelated to antitrust concerns, the agency decided to bring a case against Facebook that ignores its own prior decisions, controlling precedent, and the limits of its statutory authority.

Yes, Facebook is the victim here, and don’t you forget it. (Incidentally, the FTC, like the FCC, is designed to split 3:2 along party lines, so the “one-vote margin” is what one sees for many important measures.)

But after the requisite crying comes the reluctant explanation that the FTC doesn’t know its own business. The suit against Facebook, the company argues, should be spiked by the judge because it fails along three lines.

First, the FTC does not “allege a plausible relevant market.” After all, to have a monopoly, one must have a market over which to exert that monopoly. And the FTC, Facebook argues, has not shown this, alleging only a nebulous “personal social networking” market, and “no court has ever held that such a free goods market exists for antitrust purposes.” The FTC also ignores the “relentlessly competitive” advertising market that actually makes the company money.

Ultimately, the FTC’s efforts to structure a crabbed “use” market for a free service in which it can claim a large Facebook “share” are artificial and incoherent.

The implication here is not just that the FTC has failed to define the social media market (and Facebook won’t do so itself), but that such a market may not even exist because social media is free and the money is made in a different market. This is a variation on a standard Big Tech argument that amounts to “because we do not fall under any of the existing categories, we are effectively unregulated.” After all you cannot regulate a social media company by its advertising practices or vice versa (though they may be intertwined in some ways, they are distinct businesses in others).

This continues with the second argument, which says that the FTC “cannot establish that Facebook has increased prices or restricted output because the agency acknowledges that Facebook’s products are offered for free and in unlimited quantities.”

The idea here is literally that if the product is free to the consumer, it is by definition not possible for the provider to have or abuse a monopoly. When the FTC argues that Facebook controls 60% of the social media market (which of course doesn’t exist anyway), what does that even mean? 60% of zero dollars, or 100%, or 20%, is still zero.

The third argument is that the behaviors the FTC singles out — purchasing up-and-coming competitors for enormous sums and nipping others in the bud by restricting access to Facebook’s platform and data — are not only perfectly legal but that the agency has no standing to challenge them, having given its blessing before and having no specific illegal activity to point to at present.

Of course the FTC revisits mergers and acquisitions all the time, and there’s precedent for unraveling them long afterward if, for instance, new information comes to light that was not available during the review process.

“Facebook acquired a small photo-sharing service in 2012, Instagram … after that acquisition was reviewed and cleared by the FTC in a unanimous 5-0 vote,” reads the document. Leaving aside the absurd characterization of the billion-dollar purchase as “small,” leaks and disclosures of internal conversations contemporary with the acquisition have cast it in a completely new light. Facebook, then far less secure than it is today, was spooked and worried that Instagram may eat its lunch, so it was better to buy than compete.

The FTC addresses this and indeed many of the other points Facebook raises in a FAQ it posted around the time of the original filing.

Now, some of these arguments may have seemed a little strange to you. For instance, why should it matter if a market has no money from consumers being exchanged, if there is value exchanged elsewhere contingent on those users’ engagement with the service? And how can the depredations of a company in the context of a free product that invades privacy (and has faced enormous fines for doing so) be judged by its actions in an adjacent market, like advertising?

The simple truth is that antitrust law and practice have been stuck in a rut for decades, weighed down by doctrine that states that markets are defined by consumer good, defined as the price of a product and whether a company can increase it arbitrarily. A steel manufacturer that absorbs its competitors by undercutting them and then later raises prices when it is the only provider is a simple example, and the type that antitrust laws were created to combat.

If that seems needlessly simplistic, well, it’s more complicated in practice and has been effective in many circumstances — but the last 30 years have shown it to be inadequate to address the more complex multibusiness domains of the likes of Microsoft, Google and Facebook (to say nothing of TechCrunch parent company Verizon, which is a whole other matter).

The ascendance of Amazon is one of the best examples of the failure of antitrust doctrine and resulted in a breakthrough paper called “Amazon’s Antitrust Paradox” that pilloried these outdated ideas and showed how network effects led to subtler but no less effective anti-competitive practices. Establishment voices decried it as naive and overreaching, and progressive voices lauded it as the next wave of antitrust philosophy.

It seems that the latter camp may win out, as the author of this controversial paper, Lina Khan, is reported to soon be nominated for the vacant fifth commissioner position at the FTC. (She has not already been nominated, as this paragraph originally stated.)

Whether or not she is confirmed (she will face fierce opposition, no doubt, as an outsider plainly opposed to the status quo), her nomination validates her view as an important one. With Khan and her allies in charge at the FTC and elsewhere, the decades-old assumptions that Facebook relies on for its pro forma rejection of the FTC lawsuit may be challenged.

That may not matter for the present lawsuit, which is unlikely to be subject to said rules given its rather retrospective character, but the gloves will be off for the next round — and make no mistake, there will be a next round.

Early Stage is the premier ‘how-to’ event for startup entrepreneurs and investors. You’ll hear first-hand how some of the most successful founders and VCs build their businesses, raise money and manage their portfolios. We’ll cover every aspect of company-building: Fundraising, recruiting, sales, product market fit, PR, marketing and brand building. Each session also has audience participation built-in – there’s ample time included for audience questions and discussion. Use code “TCARTICLE at checkout to get 20 percent off tickets right here.