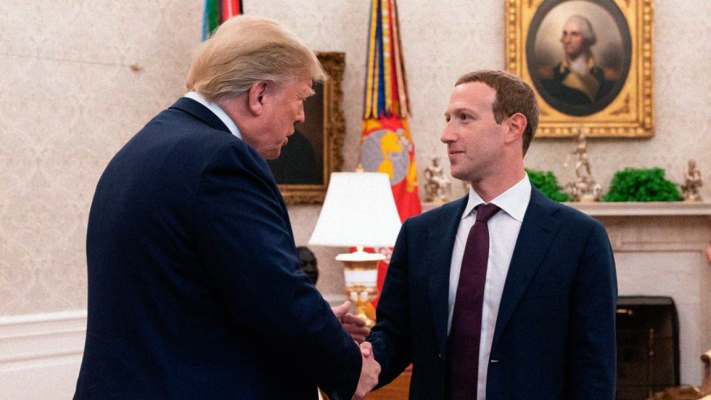 Ensuring politicians in the 2020 election stay truthful is hard work, so Facebook has decided it’s going to sit this one out.

Joe Biden’s campaign team sent a letter to CEO Mark Zuckerberg, COO Sheryl Sandberg and global elections policy chief Katie Harbath that essentially called on the company to take down a Trump campaign ad that made debunked claims regarding the Biden family’s relationship with Ukraine. Facebook responded to that letter today with their own letter to Biden saying that the company’s policies prevented it from making judgment calls on the veracity of speech in political advertisements. The New York Times has a full run-down of the situation.

Facebook isn’t alone in this manner; Fox News is remaining fair and balanced on the issue as well. CNN refused to run the ad.

Political campaigns are messy, so America’s largest content company — with more content moderators than any publication in the country — is leaving it to the free press to debunk what it’s getting paid to broadcast. But it’s not that Facebook wants to keep raking in stupid amounts of advertising dollars. It’s that the company is grounded in a “fundamental belief in free expression,” they say.

Here’s a quote from the company’s letter to Biden’s team: “Our approach is grounded in Facebook’s fundamental belief in free expression, respect for the democratic process, and the belief that, in mature democracies with a free press, political speech is already arguably the most scrutinized speech there is.”

I’m sorry, what? Facebook’s “respect for the democratic process” should raise eyebrows given how its products have been used in some highly publicized scenarios. But how does a platform that’s been abused so much to the detriment of democratic processes feel like it deserves to rattle that phrase off as another PR talking point?

Here’s the rest of the letter:

If Facebook just wants to allow politicians to spout mistruths and conspiracy theories without fact checks on its platforms as status updates from their personal pages, then some of these claims could be taken more seriously, but Facebook is getting paid to push these messages to its users. It’s algorithmically deciding where these messages go based on parameters set by the campaigns via a system it designed.

Before you sound off, yeah, political advertising isn’t anything new. I am well aware that TV channels and newspapers have carried messy attack ads and hauled in the advertising revenues for decades, but Facebook is a platform designed around scale. Scale has allowed the company to tap massive revenue streams, but it’s also opened up the company to critiques. The company has learned to respect this scale after sizable amounts of external pressure were applied, but they’ve always defaulted to dated comparisons when it’s profitable to them.

Newspaper and TV political ads are painted with a wider brush and are subject to more stringent laws, but there’s a responsibility in Facebook’s precise ad-targeting that the company still doesn’t seem to respect. The company has the tools to push out judgment calls on content, and it could still do so on a case-by-case basis. Some truths are buried in more nuance than others, but by painting all political claims in its same bath of indifference to truth, Facebook is abusing its scale and creating a platform where a politician’s speech is exempt, as if political leaders aren’t the ultimate primary sources on politically contentious matters.

Political advertising legislation is going to take far too long to catch up to the current landscape of technology platforms — it would be nice if we could trust Facebook to stay at a moral forefront that isn’t legally mandated. Twitter and YouTube aren’t immune to this same criticism either, but Facebook is operating in broad daylight, believing that they can reverse engineer a free expression mission statement to prevent responsibility-free revenues from leaking out.