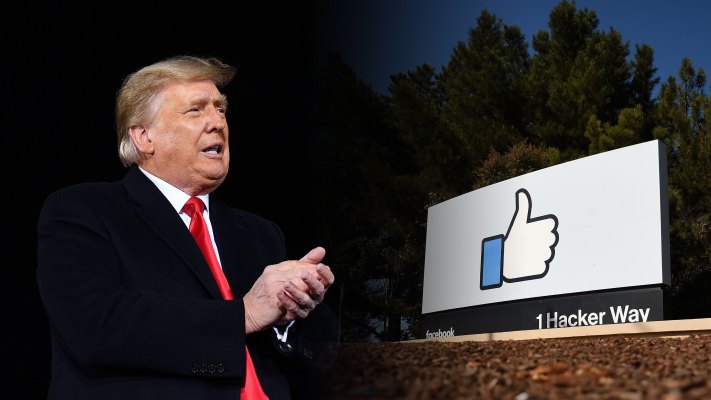 Facebook’s self-styled and handpicked “Oversight Board” will make a decision on whether or not to overturn an indefinite suspension of the account of former president Donald Trump within “weeks”, it said in a brief update statement on the matter today.

The high-profile case appears to have attracted major public interest, with the FOB tweeting that it’s received more than 9,000 responses so far to its earlier request for public feedback.

The board’s statement adds that it will provide more information “soon”.

(2/2): The Board’s commitment to carefully reviewing all comments has extended the case timeline, in line with the Board’s bylaws. We will share more information soon.

Trump’s indefinite suspension from Facebook and Instagram was announced by Facebook founder Mark Zuckerberg on January 7, after the then-president of the U.S. incited his followers to riot at the nation’s Capitol — an insurrection that led to chaotic and violent scenes and a number of deaths as his supporters clashed with police.

However, Facebook quickly referred the decision to the FOB for review — opening up the possibility that the ban could be overturned in short order as Facebook has said it will be bound by the case review decisions issued by the board.

After the FOB accepted the case for review it initially said it would issue a decision within 90 days of January 21 — a deadline that would have fallen next Wednesday.

However, it now looks like the high-profile, high-stakes call on Trump’s social media fate could be pushed into next month.

It’s a familiar development in Facebook-land. Delay has been a longtime feature of the tech giant’s crisis PR response in the face of a long history of scandals and bad publicity attached to how it operates its platform. So the tech giant is unlikely to be uncomfortable that the FOB is taking its time to make a call on Trump’s suspension.

After all, devising and configuring the bespoke case review body — as its proprietary parody of genuine civic oversight — is a process that has taken Facebook years already.

In related FOB news this week, Facebook announced that users can now request the board review its decisions not to remove content — expanding the board’s potential cases to include reviews of “keep ups” (not just content takedowns).

This report was updated with a correction: The FOB previously extended the deadline for case submissions; it has not done so again as we originally stated.