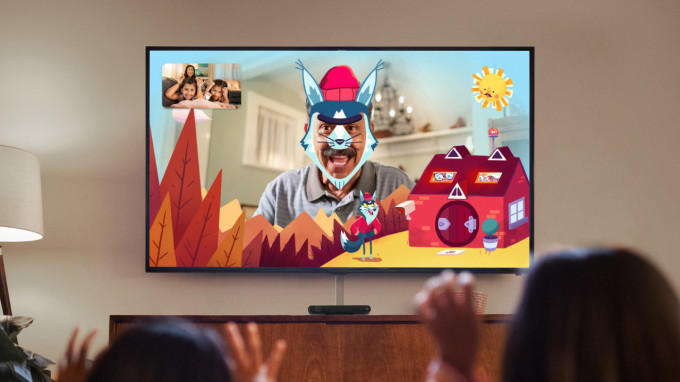 Facebook is making its line of Portal-branded smart video calling devices more relevant to consumers, including those who don’t even have a Facebook account. The company today says its Portal family of products will now work with just a WhatsApp account, allowing users to make video calls to friends and family, as well as access Portal features like its interactive “Story Time.” In addition, the Portal devices are gaining new AR features, support for Facebook’s Workplace product for businesses and a number of new streaming services, including Amazon Prime Video, FandangoNOW, SlingTV and others.

The company’s original Facebook Portal devices were aimed at helping connect friends and family over video calling devices used in the home. This year, it expanded the line to include a video chat set-top box for TVs, called Portal TV, to give Facebook better traction in the living room.

But video calling alone has not proved to be enough of a selling point for Portal, whose sales are reportedly “very low,” according to supply chain sources. That’s led Facebook to tacking on new features and services that give consumers more of a reason to invite Facebook into their home.

That trend continues today with the notable addition of WhatsApp login.

This feature allows Portal owners to sign in to the device using only their WhatsApp account. They don’t even need a Facebook account at all. This opens up Portal to a potentially larger market, given WhatsApp’s 1.5 billion monthly users, not all of whom also have Facebook accounts.

In addition, Facebook Portal is looking to find traction in businesses by adding support for Facebook Workplace — its corporate version of Facebook that’s used by 3 million paying users, from mostly enterprise-sized businesses. The company announced its plans to launch a Workplace app on Portal earlier this fall, and now it has rolled out. 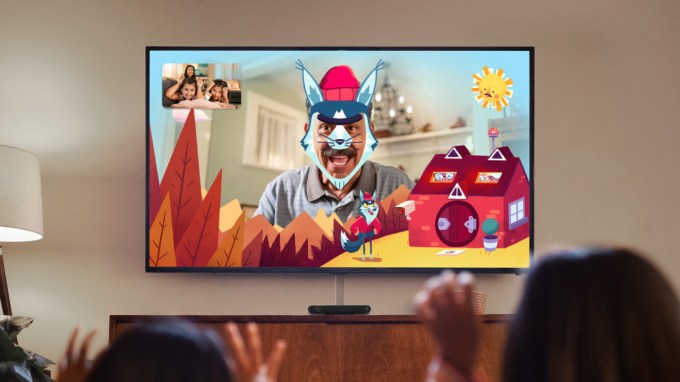 For fun, Facebook is adding a lip-sync AR app called Mic Drop to Portal TV, which includes songs from the Backstreet Boys, Coldplay, Katy Perry and others. Portal TV is also gaining Photo Booth, which lets you take selfies, photos and videos to share through Messenger.

Across the Portal line, the interactive AR Story Time app is being updated to include new renditions of classics like Little Red Riding Hood and Goldilocks and the Three Bears, plus new tales from Llama Llama, Pete the Cat and Otto.

Portal users today will be able to live stream from their device directly to their Facebook Profile via Facebook Live — an obvious addition for a streaming video product like this, and one that could help Portal find customers among the influencer, gamer or vlogger crowd, perhaps.

Facebook’s co-watching feature, Watch Together, is also coming to Portal Mini, Portal and Portal+, so users can view Facebook Watch shows and programs together. 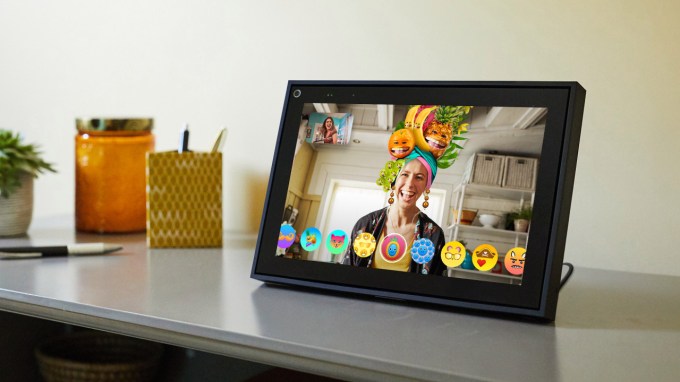 Portal is slowly edging its way into the streaming media player market, as well, with added support for a number of streaming services, including Amazon Prime Video. The company had announced Prime Video was on its way when it debuted new hardware this fall, but the service was not available at launch.

The additions make Portal products more than just fancy video chat cameras, but they don’t solve Portal’s larger challenge: that people aren’t comfortable bringing Facebook products into their homes. The company has repeatedly broken trust with its customer base. And while its users may not be able to quit Facebook just yet, they aren’t rushing out to integrate it more deeply in their lives, either. 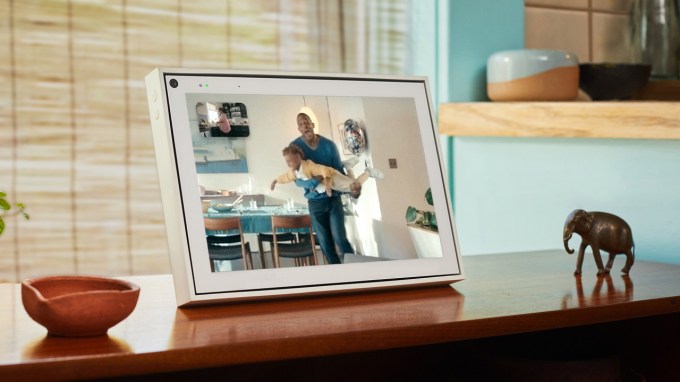 The addition of Prime Now and other streaming services also places Portal into a different category of devices, where it has to compete with more advanced media players like Apple TV, Amazon’s Fire TV and Fire TV Stick, Chromecast, Roku, Android TV and others. In this market, Portal’s small handful of supported streaming services just isn’t enough to make it a compelling competitor in this race.

But Facebook isn’t giving up on Portal, having launched a huge marketing blitz featuring promotions in ABC TV shows as well as TV commercials starring the likes of Kim Kardashian West, Jennifer Lopez and, lately, the Muppets. According to Kantar, Facebook spent nearly $62.7 million out of $97.3 million on TV advertising in the first half of the year, Variety reported.