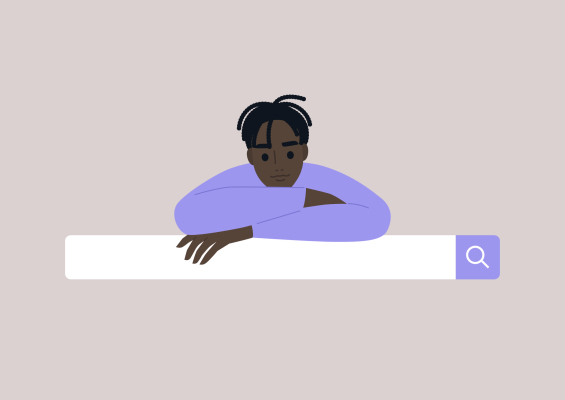 Richard Socher, former chief scientist at Salesforce, who helped build the Einstein artificial intelligence platform, is taking on a new challenge — and it’s a doozy. Socher wants to fix consumer search and today he announced you.com, a new search engine to take on the mighty Google.

“We are building you.com. You can already go to it today. And it’s a trusted search engine. We want to work on having more click trust and less clickbait on the internet,” he said. He added that in addition to trust, he wants it to be built on kindness and facts, three worthy but difficult goals to achieve.

He said that there were several major issues that led him and his co-founders to build a new search tool. For starters, he says that there is too much information and nobody can possibly process it all. What’s more, as you find this information, it’s impossible to know what you can trust as accurate, and he believes that issue is having a major impact on society at large. Finally, as we navigate the internet in 2020, the privacy question looms large as is how you balance the convenience-privacy trade-off.

He believes his background in AI can help in a consumer-focused search tool. For starters the search engine, while general in nature, will concentrate on complex consumer purchases where you have to open several tabs to compare information.

“The biggest impact thing we can do in our lives right now is to build a trusted search engine with AI and natural language processing superpowers to help everyone with the various complex decisions of their lives, starting with complex product purchases, but also being general from the get-go as well,” he said.

While Socher was light on details, preferring to wait until GA in a couple of months to share some more, he said he wants to differentiate from Google by not relying on advertising and what you know about the user. He said he learned from working with Marc Benioff at Salesforce that you can make money and still build trust with the people buying your product.

He certainly recognizes that it’s tough to take on an entrenched incumbent, but he and his team believe that by building something they believe is fundamentally different, they can undermine the incumbent with a classic “Innovator’s Dilemma” kind of play where they’re doing something that is hard for Google to reproduce without undermining their primary revenue model.

He also sees Google running into antitrust issues moving forward and that could help create an opening for a startup like this. “I think a lot of stuff that Google [has been doing] … with the looming antitrust will be somewhat harder for them to get away with on a continued basis,” he said.

He acknowledges that trust and accuracy elements could get tricky as social networks have found out. Socher hinted at some social sharing elements they plan to build into the search tool including allowing you to have your own custom you.com URL with your name to facilitate that sharing.

Socher said he has funding and a team together working actively on the product, but wouldn’t share how much or how many employees at this point. He did say that Benioff and venture capitalist Jim Breyer are primary backers and he would have more information to share in the coming months.