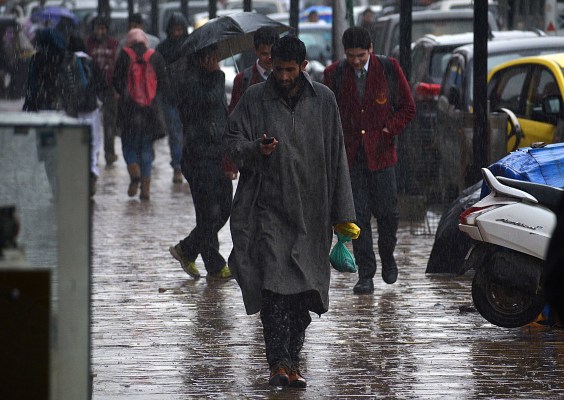 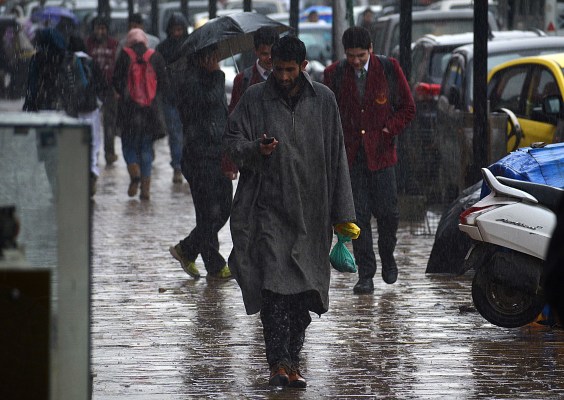 For the first time in eight months, people in Kashmir can use WhatsApp, Facebook, Twitter and other social media services without any fear or use of specialized software — though things are not back to normal yet.

India said on Wednesday that it has temporarily lifted the ban on social media services and on the much broader internet, giving some relief to people and tens of thousands of businesses in the Himalayan region for two weeks.

New Delhi imposed a total communications blackout in the India-controlled territory in early August last year after withdrawing the special rights of Jammu and Kashmir. The government said the move was necessary to maintain peace in the region.

The move, which eventually became the biggest internet shutdown and crackdown of social media in any democracy, received wide criticism from human rights activists around the globe, as well as from lawmakers in the U.K. and the U.S.

The region, home to more than 7 million people, faced many challenges without access to the internet. The Kashmir Chamber of Commerce and Industry said that at least 150,000 jobs were lost.

India’s top court ruled in January that the Narendra Modi-controlled government’s move to enforce an “indefinite” communications blackout amounted to abuse of power, and sought an explanation.

In the wake of the order, India opened access to about 300 websites, which did not include social media services, and capped mobile data speeds at 2G level. One analysis had found that more than a third of the whitelisted websites were largely inaccessible.

To bypass the censorship, some users began to use VPN apps on their smartphone, an act that local authority quickly deemed “unlawful” and moved to open cases against hundreds of citizens.

On Wednesday evening (local time), several people in Kashmir confirmed that they were able to access WhatsApp and other social media services again — though there remains restriction on their mobile data speed.

My first tweet from #Kashmir outside of govt set media centre & without using a VPN. Have nothing exceptional to say except that tweeting so comfortably from home feels unreal.
Also, is anyone else in #Kashmir finding it unnerving/weird to get continuous updates on whatsapp?

According to a notice issued by the region’s home secretary, the restoration of the internet will remain in effect till March 17.

Can You Use That Image on Social Media? [Checklist]

Facebook Updates Its Response to the Coronavirus Outbreak, Including Free Ads for WHO 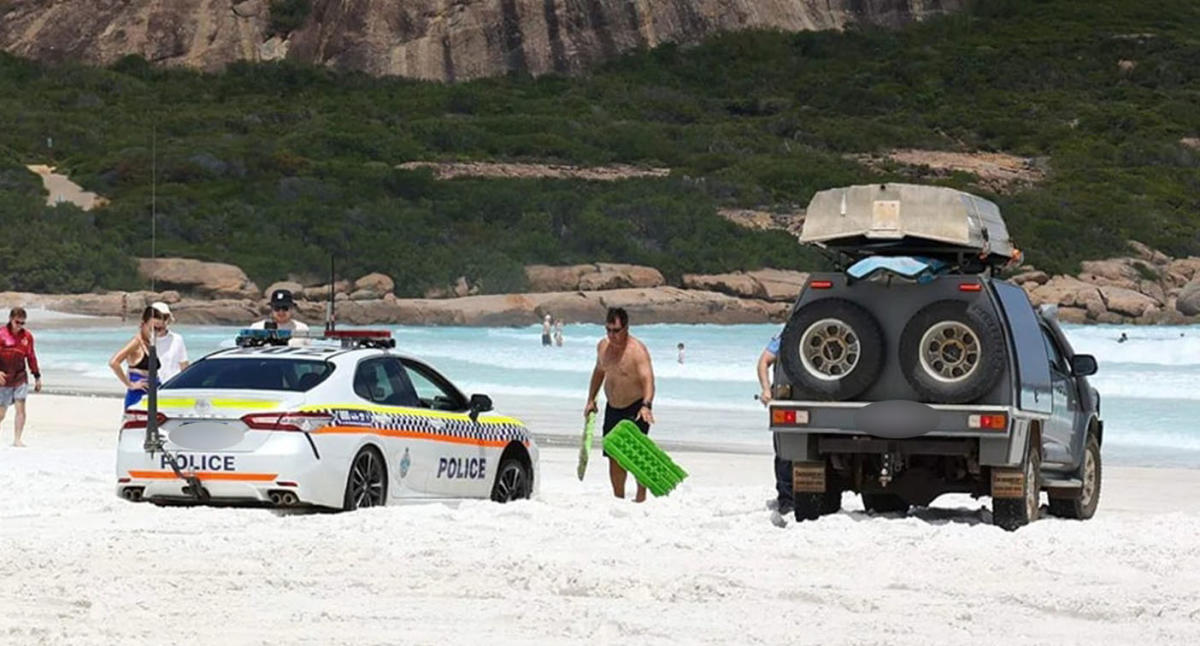 Two police officers were left with bruised egos on Saturday after their car became bogged at a popular beach in Western Australia.

The male officers were new to the Esperance area, Western Australia Police revealed in a post on Facebook, and their interesting attempt to meet the locals left the masses amused.

Pictures of the incident were shared online and show the Toyota Camry — a front-wheel drive — parked up nice and close to the water’s edge at the popular Wharton Beach. The officers are seen trying to free the wheels of their car from the sand but eventually turned to locals for help.

The beach is popular for surfing and allows vehicle access, but only for 4WD cars as smaller cars may struggle. So it’s no surprise their Toyota Camry got stuck. Another beachgoer helped the police car to safety with a video showing the white 4WD pulling the police vehicle from the sand using a rope.

The unusual scenes caught the attention of dozens of beachgoers who watched as the car was being towed. Photos were also shared on a popular Facebook page ‘Bogged’ where it racked up thousands of likes and comments from amused social media users.

Esperance Police has increased patrols over the holiday period in response to an increased number of “hoon drivers” on popular beaches in the area. It’s believed these officers were carrying out their patrol when they became stuck. Goldfields-Esperance District WA Police shared details of the ordeal on Facebook and thanked those who rushed to the officers’ aid.

“Esperance Police would like to welcome SC Neville to the team who started today and found a new way to engage with our wonderful local community,” the post said, alongside photos of the incident.

No one was injured and no damage was done to the car, police said. The egos of the officers involved, however, “are in for repair” the police force joked after their beach blunder was made public.

“Imagine driving a Camry on the beach,” one person mocked on Facebook with others agreeing it’s “not a great idea” to be driving a two-wheeled-drive on the sand.

“When you’re asked to ‘patrol the beaches’ and you take it literally….,” another joked.

“Hahaha they’re only human too… good to see the locals and tourists helping where needed! Well done,” one other said.

Do you have a story tip? Email: [email protected]

Maybe he’s born with it, maybe he really is a “full jerk”, “fire-breathing demon” and equally adorable 26lb dog with boundary issues.

Meet Ralphie, a 14-month-old French bulldog whose owners surrendered him at the Niagara SPCA, a no-kill shelter in Niagara Falls, New York earlier this month where a very unconventional approach is being taken to finding him new owners.

In their Facebook ad for his adoption, the shelter didn’t sugarcoat Ralphie’s aggressive nature that they say would only be suitable for the “Mother of Dragons” as an owner – a reference to a fearsome character from Game of Thrones.

In a post that garnered thousands of engagement on Facebook, the shelter admitted that they try to downplay the less desirable characteristics of their dogs in adoption ads, but that this was too tough a task for Ralphie – so they decided to be brutally honest instead.

“We don’t actually have too many nice things to say so we’re just going to come out with it,” they wrote. “Ralphie is a terror in a somewhat small package.”

It could be because his previous owners may have spoiled him by giving in to all his whims, and created boundary issues, the ad said.

It appears that his adorable traits may have landed him with owners who made him “the boss” – which only led them to eventually letting him go. Within two weeks of being rehomed, the second owners had to give him up because he irritated their older dog.

But the shelter at this point knows what that could’ve actually implied: “Ralphie is a fire-breathing demon and will eat our dog, but hey, he’s only 26lb.”

“Lots of people withheld Ralphie’s less than desirable traits, but we’re going to tell you all about it,” the ad read. “He’s a whole jerk – not even half.

“If you show a moment of weakness, prepare to be exploited.”

Turns out that the honesty in the post is what appealed to people.

“I’d like to donate toward his adoption fee,” one Facebook user responded to the ad. “I’m bossy and too much for some people too, so he’s a little bit my spirit animal.”

Others chimed in with their own (not so polite) theories.

“Sometimes it’s not an upbringing, rather genetic and chemical imbalance. He would have to be placed with someone who understands mental illness in dogs,” wrote one person. “Not all dogs can be cured with hugs and kisses.”

“So in human terms, Ralphie is a spoiled brat?” commented another person. “He was given a mile and took two instead. There is someone out there that would take Ralphie and all his quirks. He just has to learn his boundaries and his human stick to them.”

Many commended the shelter for their honesty in the post.

Last week, the shelter shared another update, and it looks like he is getting better – even though it’s in very tiny steps. 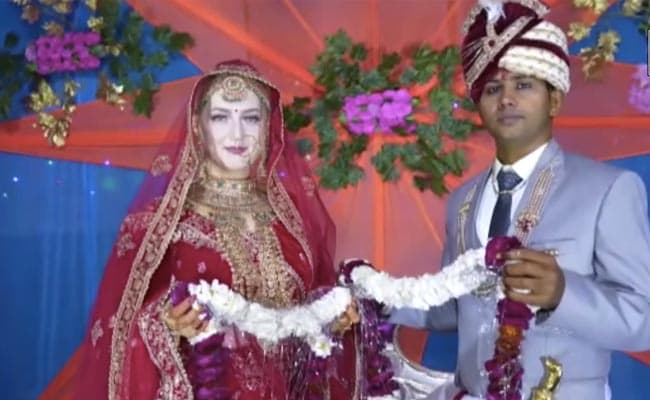 It is said that love has no boundaries. The people of Etah in Uttar Pradesh witnessed something similar when a Swedish woman married a local resident recently.

Christen Liebert flew to India to marry Pawan Kumar, who she met on Facebook, according to Hindu customs at a school in Etah on Friday, news agency ANI reported.

Video of the marriage shared by ANI showed Christen Liebert, dressed in an Indian wedding dress, putting the garland around the groom’s neck during the varmala ceremony.

Pawan Kumar, who completed his B. Tech from Dehradun, works as an engineer at a firm.

His family did not have any objection to the marriage.

The groom’s father Geetam Singh said that their happiness lies in the happiness of the children. “We totally agree with this marriage,” he said.