Instagram is giving politicians the same free rein to spread misinformation as its parent company Facebook. Instagram is expanding its limited fact-checking test in the U.S. from May and will now work with 45 third-party organizations to assess the truthfulness of photo and video content on its app. Material rated as false will be hidden from the Explore and hashtag pages, and covered with an interstitial warning blocking the content in the feed or Stories until users tap again to see the post.

This goes an important step further than Facebook’s early attempts to append warnings on links alongside content but that still let users immediately consume the misinformation. In October Facebook announced it would use a similar interstitial warning system. 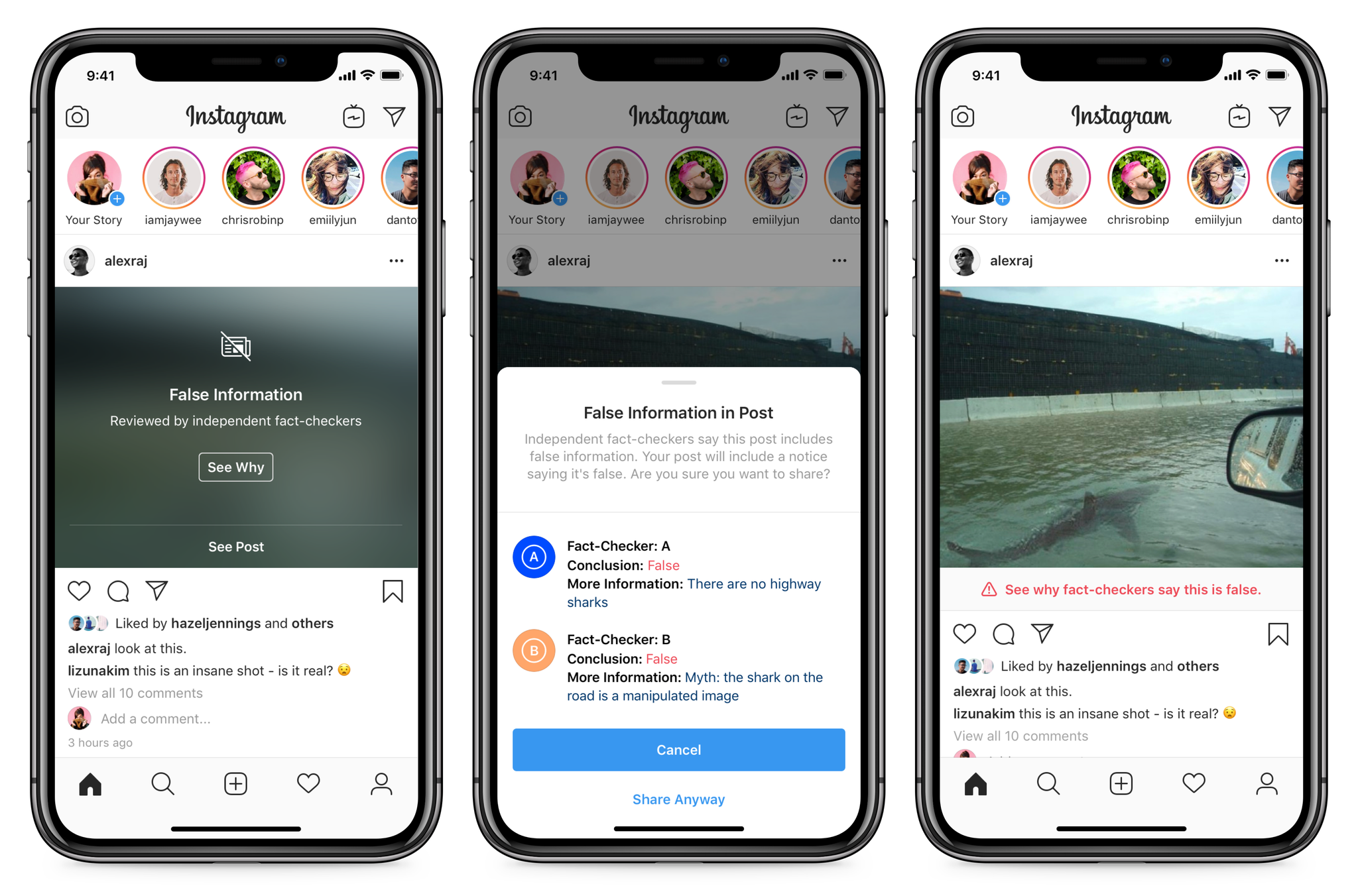 Instagram will use image matching technology to find additional copies of false content and apply the same label, and do this across Facebook and Instagram content. That could become a talking point for Facebook as it tries to dissuade regulators from breaking up the company and spinning off Instagram. On the other hand, it’s a valuable economy of scale for protecting the internet. Breaking up Facebook, Instagram and WhatsApp might lead to worse enforcement through fragmented resources, though it could lead the apps to compete for the best moderation.

Instagram is trying to beef up its safety practices across the board. Today it began alerting users that the caption they’re about to post on a photo or video could be offensive or seen as bullying, offering them a chance to edit the text before they post it. Instagram started doing the same for comments earlier this year. Instagram is also starting to ask new users their age to make sure they’re 13 or older, which I’d previously written it needed to add since it was otherwise feigning ignorance to dodge Child Online Privacy Protection Act violation fines. 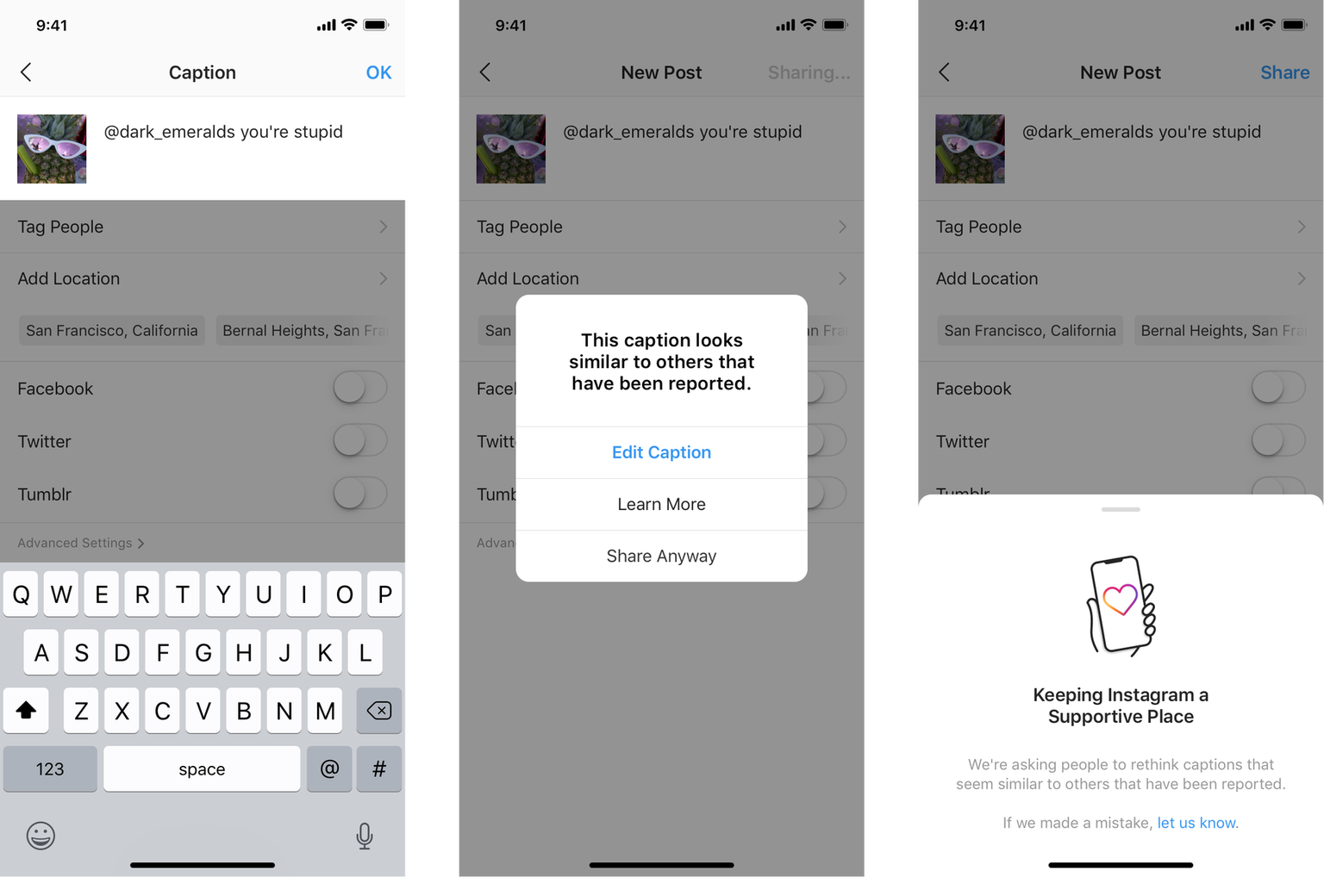 One group that’s exempt from the fact checking, though, is politicians. Their original content on Instagram, including ads, will not be sent for fact checks, even if it’s blatantly inaccurate. This aligns with Facebook’s policy that’s received plenty of backlash from critics, including TechCrunch, who say it could let candidates smear their rivals, stoke polarization and raise money through lies. Instagram CEO Adam Mosseri has maintained that banning political ads could hurt challenger candidates in need of promotion, and that it would be tough to draw the lines between political and issue ads.

Instagram is luckily less dangerous in this respect because feed posts can’t directly link out to websites where politicians could raise money. But verified users can attach links to Stories, and everyone can have one link in the profile. That means false information could still be knowingly weaponized by politicians on the app, furthering their campaigns at the expense of truth… and people’s perception that they can believe what they see on Instagram.