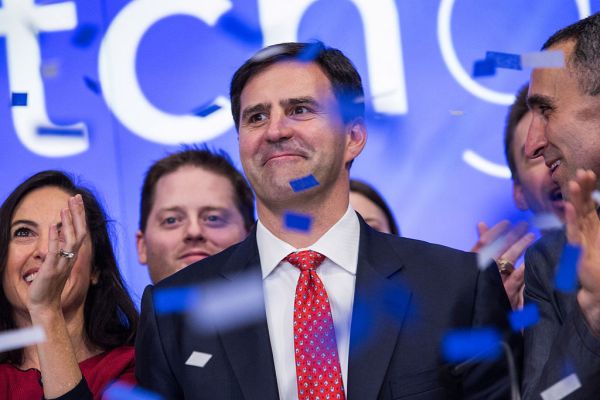 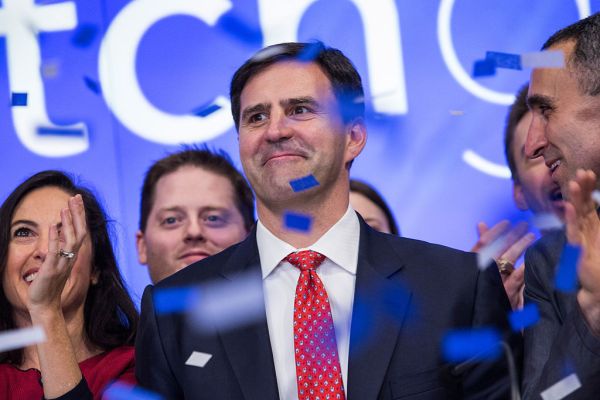 Last week, former Tinder CEO Greg Blatt filed a defamation lawsuit against Sean Rad and Rosette Pambakian, who are part of a group of Tinder founders and former executives who accused Blatt (pictured above) of sexual harassment and assault as part of a broader suit.

Now Rad and Pambakian’s attorneys have filed their own motion to dismiss the suit, arguing that it “seeks to chill protected speech through costly litigation” — in other words, that it’s the kind of lawsuit prohibited under California’s anti-SLAPP law.

“This lawsuit is intended to muzzle Rosette and Sean from telling the truth about how [IAC chairman] Barry Diller and Greg Blatt stole from their employees and covered up sexual assault allegations,” said Rad and Pambakian’s attorney Orin Snyder in a statement. “Unfortunately, unlawful retaliatory lawsuits like this one designed to silence victims and violate their First Amendment rights are all too common in the #metoo era.”

In the filing, Rad and Pambakian’s attorneys also argued that Blatt filed the suit “solely to launch a public smear campaign against Pambakian and the person who reported the assault to Match, Sean Rad. At the same time, and now that Blatt’s public court filings have served his media objective, Blatt says that the complaint that he himself chose to file in court should actually be sent to private arbitration.”

We fully expected this run-of-the-mill, procedural smoke screen to be made by Rad and Pambakian. These arguments are legally wrong and we expect to prevail in Court. The bottom line is, Rad and Pambakian conspired to defame Mr. Blatt and should be held responsible.

Both Blatt’s suit and the new filing seek to connect the case to the broader #metoo movement (which, as Snyder alluded to, has seen a number of high-profile figures accused of sexual assault, and who then fought back through defamation lawsuits).

Blatt’s lawyers argued that “Rad and Pambakian have attempted to weaponize an important social movement, undermining the plight of true victims of sexual abuse by making false accusations in cynical pursuit of a $2 billion windfall.”

In contrast, Rad and Pambakian’s attorneys said the “ensuing crescendo of retaliation — reminiscent of many Hollywood #MeToo cases — included [Tinder’s parent company] Match circling the wagons around Blatt, publicly belittling Pambakian by chalking up the assault to ‘consensual cuddling,’ and firing her months later after she refused to sign an NDA.”

In a lawsuit filed in the summer of 2018, Rad (Tinder’s co-founder and former CEO), Pambakian (who was then the company’s vice president of marketing and communications), Rad’s fellow co-founders Justin Mateen and Jonathan Badeen and others sued Match and its controlling shareholder IAC, accusing them of manipulating financial data and removing Rad as CEO in order to create a “fake lowball valuation” and strip the founders and executives of their stock options.

The suit also accused Blatt — who served as an executive at IAC and as CEO of Match before replacing Rad as CEO of Tinder — of sexually harassing Pambakian at a company holiday party in 2016.

IAC and Match have called this suit meritless. And in Blatt’s defamation lawsuit, his attorneys said the encounter between Blatt and Pambakian at the holiday party was consensual and that Rad and Pambakian subsequently “conspired to make false allegations of sexual harassment and sexual assault against Blatt with the specific intent to damage Blatt’s good name, personal and professional reputation, and credibility.”

In a footnote, Rad and Pambakian’s attorneys say that because they’re making a free speech argument, their motion to dismiss Blatt’s suit does not require the court to “delve into the facts.” However, they add:

Blatt’s false narrative — that this was consensual, and that Pambakian and Rad concocted the assault allegations to aid their valuation lawsuit — is patently false and offensive. The evidence shows that Blatt admitted being drunk at the holiday party, making inappropriate comments to Pambakian, and “snuggling and nuzzling” her in a hotel bed. It further shows that Blatt apologized to Pambakian the following week, and later offered to resign over his misconduct. These are not the actions of an innocent man, nor is it the first time Blatt has been accused of mistreating women in the workplace.

To back that up, the motion points to a Gawker article describing supposed harassment and verbal abuse by an unnamed “CEO of a major dating site” owned by a corporation “in a glass building on the far side of town” (subsequent coverage has suggested that the piece was about Blatt).

Pambakian withdrew from the initial suit due to an arbitration agreement, but is now suing Blatt and Match for wrongful termination and sexual assault.

You can read the full motion below.

See also  Instagram’s US user growth continues to drop due to the lack of older age groups
Related Topics:IACLawsuitMatch GroupMobileSean RadSocialTCTinder
Up Next