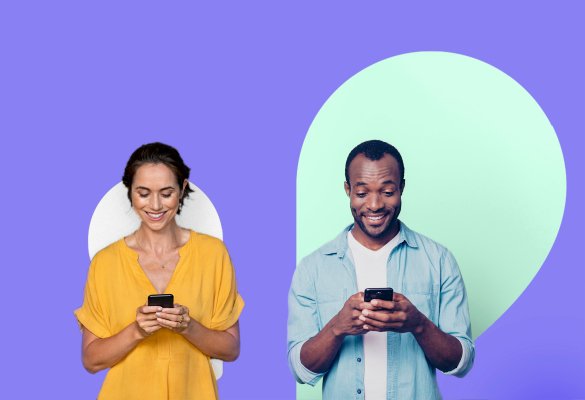 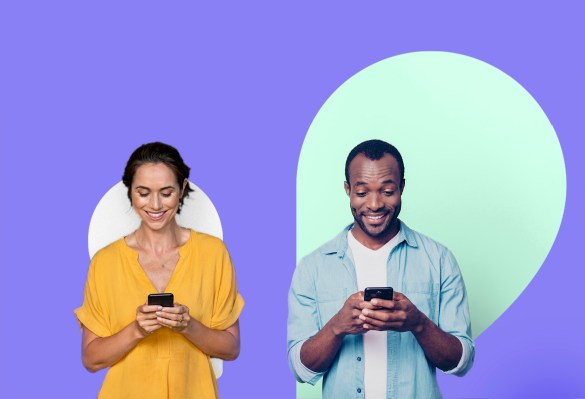 Can an app improve your romantic relationships? The founders behind Paired, a “relationship care” app for couples, believe it can. And since launching in October, with $1M to kick things off, they’ve convinced 5,000+ coupled-up others to try their custom blend of partner quizzes, “relationship satisfaction” tracking, and audio tips from experts — to try to feel closer to their S.O.

As part of the seed funding, Camilla Dolan of Eka Ventures will join the board alongside the app’s co-founders Kevin Shanahan and Diego López (who previously worked together at language learning app Memrise).

All sorts of audio-led wellness ‘self-care’ apps have been bubbling up in recent years — offering individuals app-wrapped help with stuff like meditation and mindfulness; targeted motivation to combat anxiety and stress; or dishing up sex tips and sexual self awareness.

Paired fits within that broader trend, albeit with a more explicit nudge to extend the self-care phenomenon to a unit of two romantically connected people.

As it looks for growth, the UK-based startup says it will continue to target the US, UK, Canada, and Australia, which are its main markets at this point. “We expect the growth to continue to come from here over the next 12 months,” says Shanahan.

“We’re building out our product team — hiring engineers, a product manager, a data scientist — to begin offering more varied and personalised relationship conversations for our users,” he goes on.

“Personalisation is a particular focus as every relationship is different and the app will begin to understand what your interests are, what stage you’re in, what would be most useful for you to discuss, etc. We’re also growing our content, working with new experts to cover more relationship topics and marketing the app via influencers, partnerships, and other channels.”

Who are Paired’s early adopters? Currently, the average user is a straight, early 30s Millennial who’s been in their current relationship for two-three years, according to Shanahan. (He says around 5% of users are LGBTQ+.)

He says the split of women and men using the app is “fairly even” but avoids specifying exactly how usage splits on gender lines.

The app can be used by only one half of a couple — for solo relationship support/self-care, if preferred — but users have the option to pair with their partner to swap answers to relationship questions in order to encourage discussion. And that’s where Paired can offer the most personalized experience to users, by opening up a dedicated ‘relationship’ discussion channel between the couple. (Paired does not obviously cater to open/polyamorous couples — but presumably could be used as a discussion tool for the primary partners.)

The idea isn’t to replace couples therapy, per Shanahan. Rather Paired wants to create a whole new intermediating layer — based on the notion that communication problems in a relationship can be tackled earlier (and more easily) if you stick a piece of software between you which nudges both halves of the relationship to notice and address potential disconnect.

“If couples therapy is a dentist for your relationship, then we would be a toothbrush,” is how Shanahan puts it when asked if the idea is to replace couples therapy.

“Like a toothbrush is not a substitute for the dentist, we aren’t trying to replace couples therapy. Our goal is to promote healthy relationship behaviours between couples and believe our audience will eventually grow to become the majority of couples,” he suggests.

He points to a study Paired commissioned from the Open University and University of Brighton — which he says showed that couples who used the app over the course of three months saw on average a 36% increase in their “relationship satisfaction”. (Albeit quantifying such a subjective measure as a percentile increase may not appeal to every romantic person’s tastes.)

Shanahan says Paired wants to offer ongoing support, too — rather than (the opposite scenario) of its users arriving at such a point of mutual understanding they could feel they don’t never need to take another partner quiz to understand what their life partner is thinking/feeling.

Its philosophy is, no matter how thoughtful you get vis-a-vis your S.O., there’s always more to learn and thus you always need to keep working on ‘relationship care’. It is of course a very convenient philosophy for a subscription app.

“You probably wouldn’t say success when you’re fit is to stop going to the gym,” says Shanahan. “Or when your teeth are healthy to stop brushing your teeth. Similarly we want Paired to be a tool to help keep your relationship in a good place, so success for us is keeping your relationship satisfaction high over time.”

So what have the founders learned about their own relationships from using Paired?

Shanahan confirms that he and his partner have been using the app “a ton (and not just for testing)”, adding: “I’ve personally learnt that there is always more to discover about your partner and it’s a fun journey. Also that discussing issues when they are small is useful so they don’t become big later down the line.”

Diego López, Paired’s other co-founder and CTO, tells us that the daily questions posed by the app have “helped my partner and I fight lockdown monotony”. “There’s been many occasions where we give the same answer to a question. It’s a great feeling to know that we understand each other and a reminder of the things we have in common,” he adds.

Commenting on Paired’s seed round in a statement, Camilla Dolan from Eka Ventures, said: “Despite relationship health being such an important and truly global part of our lives there is not currently an accessible and affordable way of supporting it — Paired has set out to change that.

“We love Kevin & Diego’s vision to bring happiness and health to relationships and be the global category leader for relationship management. What really got us excited though was the Paired user stories and the level of change that Paired is already having on their early users.”

In another supporting statement, existing investor Taavet Hinrikus, co-founder of Wise, added: “Kevin and the Paired team have a vision for improving the relationships of hundreds of millions of couples. Building and strengthening relationships is something we all need help with from time to time, but lots of people feel unsure of where to turn for help. The rapid uptake from paid subscribers since their October launch makes me confident that it can become the global, digital platform for relationships.”

Paired’s app (available on iOS and Google Play) is free to download — but a monthly or yearly subscription is required to access the full range of content and support.