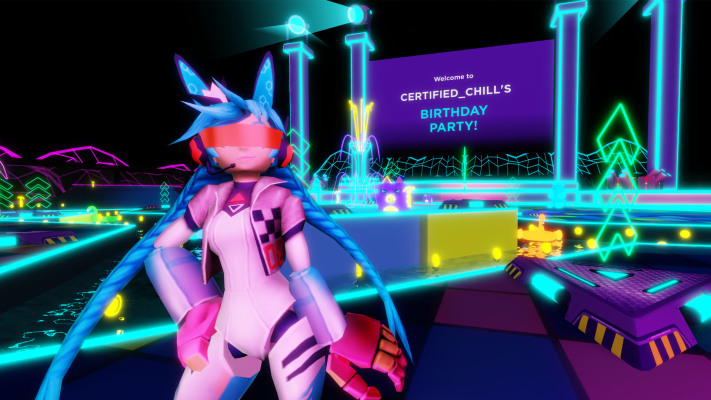 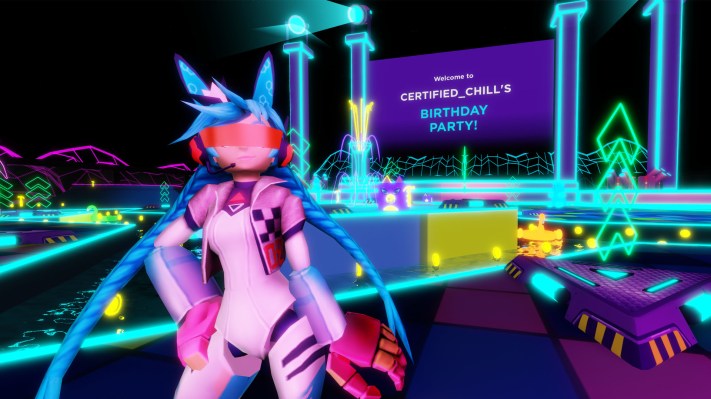 The coronavirus pandemic and related government lockdowns have led to a surge in online gaming — particularly on social platforms where people can connect with real-life friends in a virtual venue. We’re already heard of Fortnite birthday parties, Roblox playdates, and Animal Crossing meetups taking place online amid the pandemic. Now, Roblox is launching a new feature called “Party Place” to directly cater to the growing demand among users for a dedicated, private place to host virtual events.

The company’s new “Party Place” venue is based on the technology the gaming company built to accommodate its own virtual events, including its 7th Annual Bloxy Awards and the One World: Together At Home concert, hosted in April in collaboration with Lady Gaga.

The venue itself doesn’t offer any activities or games itself, but rather serves as a private place for Roblox users to gather — for example, for a virtual birthday party, a remote learning activity with classmates, for virtual playdates, or anything else. From Party Place, the group can chat and hang out as they decide what Roblox game they plan to play next.

The product is in beta testing, according to the Roblox website, and has seen only around 45.3K visits since its launch last week. Likely, many of these visits were just from curious kids poking around in public area as you can today join the Party Place venue without a private server, if you want to just see venue. Roblox, however, says it’s making private servers available for free in Party Place, so parents and kids can create a place where only those friends they directly invite can join and play.

Roblox has been doing particularly well as the pandemic has forced children to stay at home under lockdown. The entertainment platform now has over 120 million active monthly players and, as of June, surpassed a milestone of $1.5 billion in lifetime player spending, according to a report from Sensor Tower. It hit the new record only 7 months after reaching its $1 billion milestone — a surge in consumer spend attributed directly to the global COVID-19 pandemic and the related growth in entertainment platforms and social gaming.

Roblox had already begun catering to players’ interest in social gaming with its launch of its “Play Together” game sort in April, which made it easier for players to find those games where you socialize with others — like visiting a virtual shopping mall, going camping, or riding virtual water slides, for example. These games also offer an option for private servers VIP servers, often for a small fee paid in Roblox’s virtual currency, Robux, which renewed on a subscription basis until you canceled.

Of course, the company isn’t the only one developing products in response to user demand for online “hangout” spots in virtual worlds. Fortnite, for instance, introduced “Party Royale,” a game mode offering a weapons-free party island featuring mini-games and, sometimes, even live concerts. Its Travis Scott concert was hosted in the game, attracting 12.3 million concurrent players at its peak.

For today’s younger players — the COVID kids, so to speak — platforms like Fortnite and Roblox are becoming their own version of a social network. The kids don’t just go online to play. They socialize, chat, and hang out with a mix of real-life friends and virtual ones, blurring the lines between online and offline in ways that traditional social networks, like Facebook, do not.