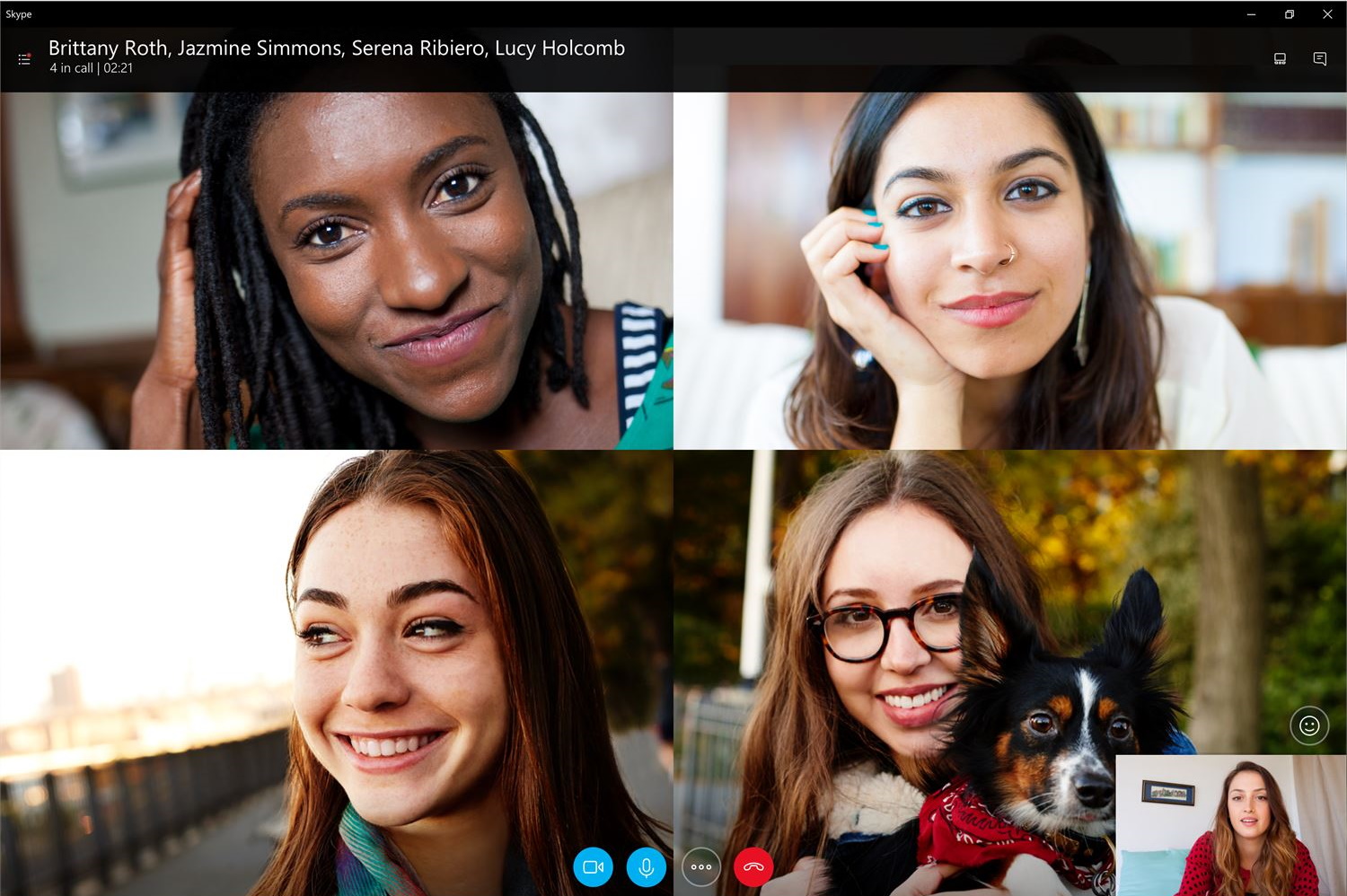 The vicissitudes of social distancing have taken many people by surprise, making video calls a new necessity for distant socializing. But which of the two dozen apps out there should you and your (perhaps not as tech-savvy) friends and family use? Here are our recommendations, whether it’s for a coffee meeting, a family get-together, or a late night gaming hangout.

This list is for individuals looking for a free solution to easily connect with others, not for small businesses or enterprises. The focus here is on ease of use and features that make it attractive to ordinary people. Every app is free and cross-platform, meaning iOS and Android at least, with many supporting Macs and Windows machines as well.

Cons: Tries too hard to do other things

Skype has been around for a long time, and while its desktop app is pretty weak, the mobile version is solid and it supports big groups with no real time limit (4 hours per call, 100 hours per month), for free. As long as you focus on just the video calls, it’s great, but Skype’s emoji reactions, status updates, and other cruft are best avoided.

Zoom is one of the most popular business video conference apps out there due to its reliability, solid web integration, and other features. It’s not really made for personal calls — there are way more bells and whistles than you need — but its free plan works just fine for them. Unfortunately, there’s a 40 minute limit for group calls, which you’ll hit faster than you think, and everyone will have to hang up and start again. Zoom has also been criticized for its considerable behind-the-scenes data collection. If you really want to just chill with your friends, there are better options.

For friends and family

Pros: Easy to use, many people already on it, some handy group features

Messenger is a popular app for good reason — it works well for pretty much every kind of digital communication you might want to do with your friends. It supports up to 8 people in free video calls with no duration limit, and when you are doing a two-person call it switches to a peer-to-peer structure, skipping servers and potentially avoiding congestion. Of course, it’s also a Facebook product, meaning you’ll need an account there — not something everyone is into. But Messenger use is considerably better protected from Facebook snooping than posts and images on the main site.

Cons: Only 4 people per video call

Think of WhatsApp as FB Messenger’s nerdier, less good-looking sibling. With a focus on privacy, WhatsApp is popular around the world despite being super ugly, and while video calls aren’t its main feature, they are possible if you don’t mind a 4-person limit. To activate it, start a group chat and then hit the call button the top right and select the participants, then hit the camera.

Cons: Confusing platform issues, Duo may not be long for this world

Duo is one of Google’s later messaging products, started as a complement to Allo and meant to be sort of the consumer version of Hangouts, which is being split into Chat and Meet, but still exists on its own. Confused? So is Google. But the apps work pretty well for now, plugging into your existing Google contacts and accounts and letting you do straightforward, unlimited video calls. If your friends don’t want to sign up for a new account anywhere, this is a good option — just don’t get attached, as unpopular Google products don’t tend to live for long.

Pros: Video messaging is a fun alternative to live chats

This isn’t a video chat app per se, but the fact is not everyone really wants to do a full-on live face-to-face video all the time. Marco Polo is like a streamlined Snapchat, sending short videos to friends or groups with the option to add doodles, filters and so on. If you and your friends are finding it hard to set aside half an hour to talk live, this can be a good alternative.

FaceTime is great, but it’s not cross-platform, considerably limiting its usefulness. But if your friends do happen to have Apple products, it’s a great, simple option. Instagram has video calling built into direct messages, which is nice for quick calls with people you aren’t sure you want to bring into a smaller circle of connectivity.

For having fun together

Cons: Basically a trojan horse for Heads Up

Houseparty established its brand as the app teens were using to chat with groups of friends without leaving the house. Pundits disapproved, but as usual, the kids get the last laugh. Houseparty is nice for a group of close friends, alerting you when someone’s available and letting people easily join in the chat with minimal fuss. The built in games are also fun, but you’ll have to pony up for Heads Up decks. The Pictionary clone is fun but desperately needs more words.

Discord is the de facto champion for gaming-related communications, taking the place of many in-game chat interfaces and even schooling industry heavyweights like Steam. While it’s mainly focused on audio and does that well, video is an option too. Less savvy users may also find its interface confusing, with multiple tabs, groups, and channels.

A newer app, Bunch, is focused on group games while in video chat. This can be hit or miss and you can expect in-app purchases, and startups like this don’t always live forever. But Bunch is probably getting a lot of engagement right now and can use that to extend its credit long enough to power through the summer at least. I can’t think of a better opportunity to give it a shot.

Squad is focused on sharing what you’re doing on your phone while chatting — so you can Tinder together, watch videos, etc. Like Bunch it’s still new so you’ll have to get your friends to sign up, but it’s a nice way to share what you’re scrolling (or swiping) through.

Will Artificial Intelligence Take Over the Role of Visual Effects Artists?