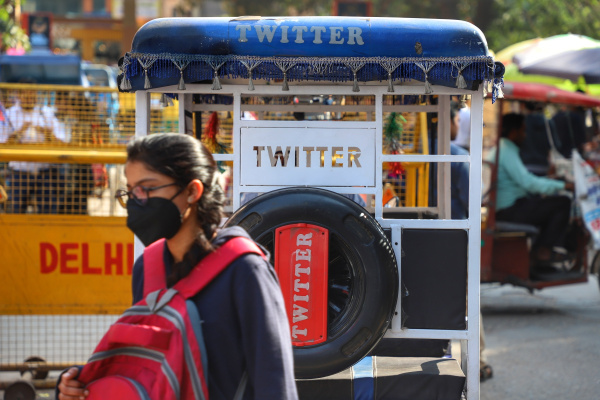 Manish Maheshwari, the head of Twitter India, has taken a new role at the company and is relocating to the U.S., the latest in a series of developments for the American social giant after a tense stand-off with New Delhi this year.

Maheshwari is moving on from the high-profile position, a role he assumed in April 2019, at a time when he was personally named in police cases in at least two Indian states — Uttar Pradesh and Madhya Pradesh — over complaints that Twitter was allegedly hurting sentiments of people in the South Asian market.

The update was shared with Twitter employees on Friday. Maheshwari will be taking on a new role in San Francisco as Senior Director, Revenue Strategy and Operations with focus on New Market Entry and will report to Senior Director Deitra Mara, according to an internal email.

A Twitter spokesperson confirmed the move to TechCrunch, but didn’t immediately say whether the company had identified who will be filling Maheshwari’s India role.

Thank you to @manishm for your leadership of our Indian business over the past 2+ years. Congrats on your new US-based role in charge of revenue strategy and operations for new markets worldwide. Excited to see you lead this important growth opportunity for Twitter.

Twitter has faced heat in India from New Delhi for not blocking some Twitter accounts or deleting tweets that the Indian government deemed objectionable and labeling its officials’ tweets as misleading. The company also briefly lost the safe harbor protection in the country, New Delhi said, after it failed to comply with the nation’s new IT rules, which went into effect in May.

The social network has since complied with the new law that requires, among other things, appointing several executives in the country to address on-ground concerns, a lawyer for the Indian government said in a court earlier this week.

Also this week, the company has been facing criticism from some politicians for locking the account of the Indian National Congress, India’s largest opposition party.