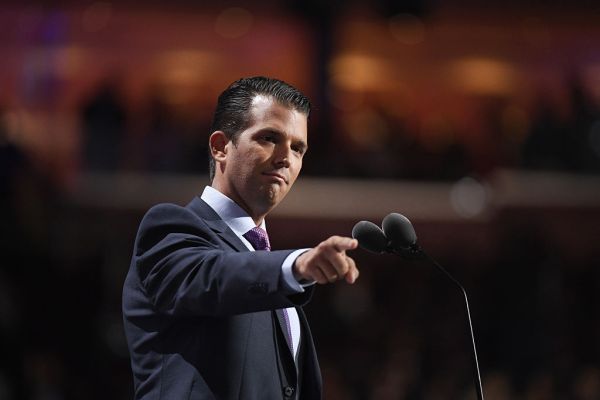 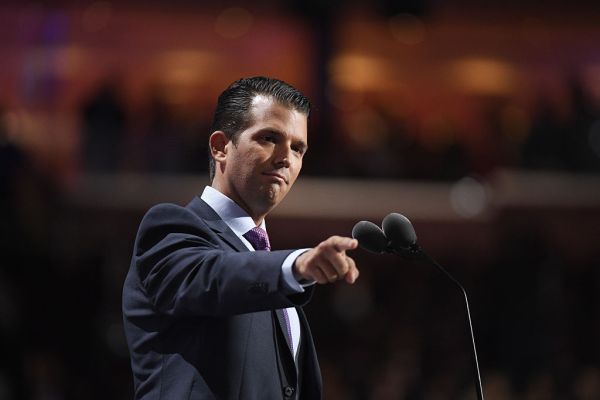 The younger Trump’s account was restricted Tuesday morning after he shared a link to the viral video, tweeting “This is a much [sic] watch!!! So different from the narrative that everyone is running with.”

This account has not been permanently suspended. Per the screenshot, the Tweet requires deletion because it violates our rules (sharing misinformation on COVID-19), and the account will have limited functionality for 12 hours. More in our rules: https://t.co/0wHWVV5QS4 https://t.co/0gq7rlaNw7

The video was widely publicized by Breitbart News and features a number of people in lab coats who refer to themselves as “America’s Frontline Doctors.” In the video, the individuals push various false and dangerous claims, including the claim that masks don’t prevent the spread of the virus and yet another defense of the drug hydroxychloroquine, which hasn’t proven effective in treating the virus.

Stella Immanuel, one figure central to the video, has made outlandish unscientific claims in the past, the Daily Beast’s Will Sommer reports. Those claims include the assertion that “alien DNA” is currently in use for some medical treatments and that some gynecological problems are a result of a patient having sex with demon-like “spirit husbands” and “spirit wives.”

President Trump shared the video multiple times on Monday night in tweets that now appear as “no longer available” on his timeline. The now-removed tweets are wedged in between a number of remaining retweets that defend hydroxychloroquine as a “gold standard” and a “game changer.” The retweets also attack White House pandemic advisor Dr. Anthony Fauci’s credibility.

Facebook and YouTube are also working to scrub instances of the viral video. On Facebook, it collected more than 14 million views and became one of the platform’s most popular posts before the company took action to remove it.