Over the past two years, as technology companies continued to struggle with diversifying their work forces, Los Angeles-based venture capitalist Kobie Fuller wrestled with how to solve the problem.

As a black professional himself, Fuller had experienced the frustrations and isolation that can sometimes come with being the only person in the room who looked the way he did. He also dealt with being the go-to person for any startup company looking to hire from a diverse pool of candidates.

“For years, companies and venture capitalists have asked me for advice about where they can find amazing Black talent and I had my standard answers — which were basically limited to people in my network, [historically black colleges and universities], and a few niche associations,” said Fuller in a statement. “As a Black VC, I also wanted better visibility into my own community and couldn’t believe that a centralized network of Black professionals didn’t exist yet.”

Sitting in his office at the venture firm Upfront Ventures, overlooking Santa Monica beach and the Pacific Ocean, Fuller says he was a bit puzzled by the fact that no one had come up with the solution to the problem. If the issue was finding talent, why not create a place that could collect those talented individuals in one place and encourage their professional development.

“People would come to me and say ‘I want to hire more black talent’…. And I just didn’t have that magical database in my head. But I thought, wouldn’t it be cool if I did have that magic database of talent,” says Fuller.

That’s how Valence was born. The company, which launches today with $2.5 million from Upfront Ventures, alongside Sinai Ventures, Human Ventures, High Alpha and angel investors like Paul Judge, Peggy Alford and Willie Alford, is the fruit of two years of labor from Fuller and his co-founders La Mer Walker and Emily Slade. 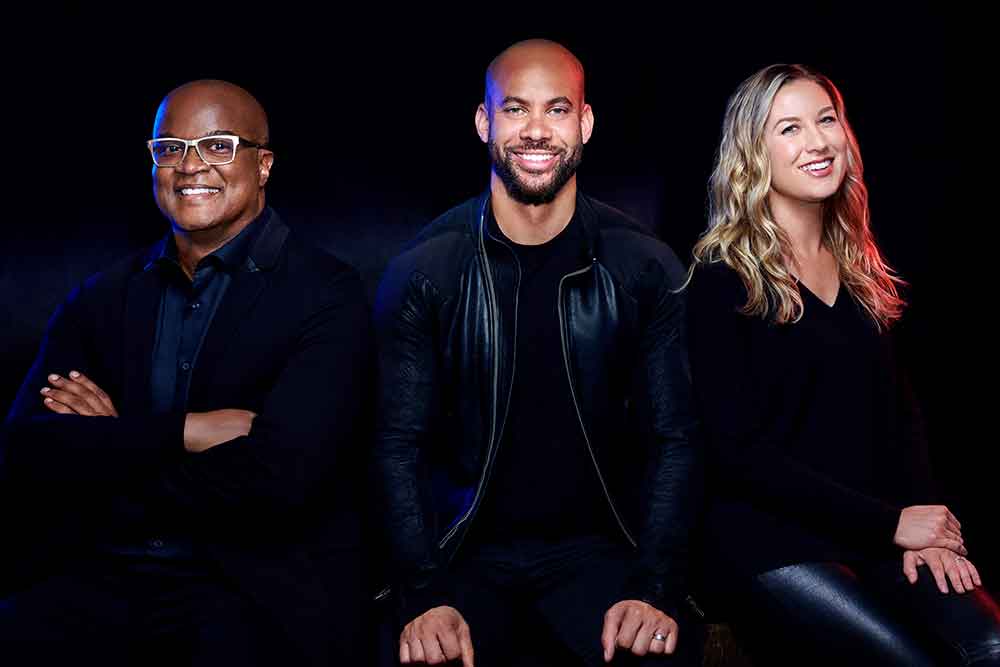 “This goes back to when I met Paul Judge for the first time,” says Fuller. “He and I were expecting each other not to be black… It’s like the X-Men, where you think you’re the only mutant and then… “Oh shit! There are all of these other mutants out there! And I thought… Why don’t I just create Cerebro?”

Frankly, corporate America could use a Cerebro to solve its diversity problem, which remains acute not just in the technology industry but across American industry.

Currently only 3% of Silicon Valley’s workforce is black; there are only three black chief executives in the Fortune 500, and only 0.0006% of venture capital funding goes to black female founders. Finally, black people make up 13% of the nation’s population, but only hold 3% of the nation’s wealth, the company said.

Valence’s founders hope to help change that narrative in two ways. The first is simply through the creation of the network, which can serve as a single source for companies looking to hire black candidates into positions at their firms. In a way, it’s similar to how GirlBoss is creating a network for professional women that companies can access for recruiting.

But Valence wants to go beyond simply creating a LinkedIn for black talent, according to Fuller. The company wants to celebrate the stories of those business executives and professionals who have already achieved a level of success that anyone would admire or envy.

“When the spotlight is on Black success, it’s typically on athletes and entertainers — and while we love these superheroes, Valence is putting a third spotlight on Black professionals,” said Walker, a former creative director at the Boston Consulting Group’s Digital Ventures division. “The network effects within the platform will increase the transfer of knowledge and professional advancement, which we think can have a profound impact on the racial wealth gap.”

The social network is open to anyone who identifies as a black professional and anyone who would like to help those professionals as they progress through their careers. Initial candidates are vetted by members of the community, which can vouch for new applicants. 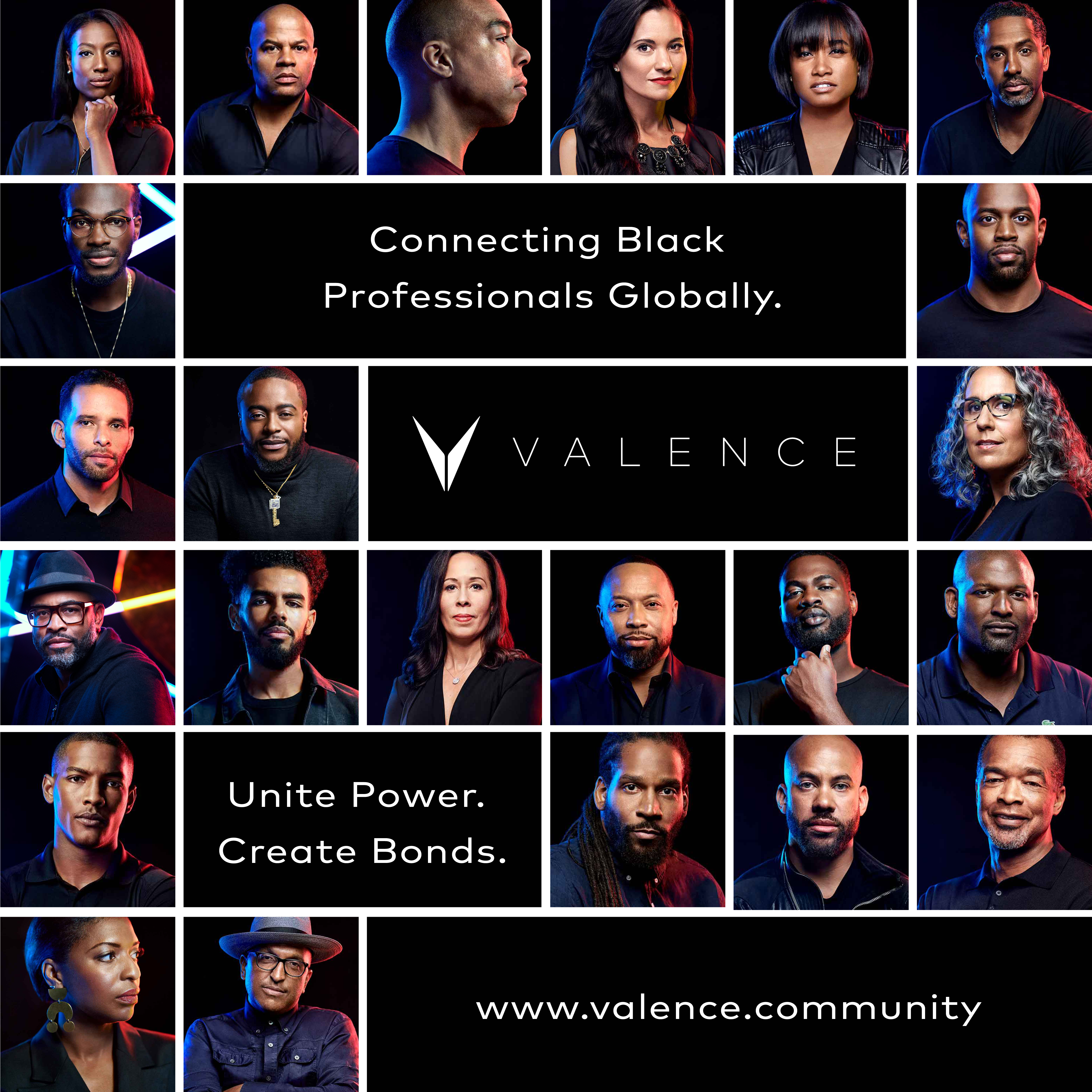 As members of the Valence community, black professionals have access to a global community of high-powered business pros like Fuller, Alford (a senior vice president at PayPal and a director on the Facebook board), Jordan Fudge, the co-founder and managing director of Sinai Ventures, Modi Oyewole, the director of marketing at Epic Records, and Christine Simmons, the chief operating officer of the Motion Picture Academy of Arts.

These members will also have access to job opportunities from top companies, networking events, advice on raising capital and entrepreneurship and a targeted mentorship program focused on providing quick bits of advice or references from direct requests posed to network members.

Companies and individuals who identify as partners can access the network to discover members, post jobs, contact members directly and provide advice, support and events for the community, according to a statement.

“We have thousands of people on our waitlist and are motivated by the massive opportunity to unite across industries and generations,” says Slade. “Doing that in a scalable way through our platform will enable significant progress.”

Valence was incubated within Upfront with an initial $1 million, and Fuller brought Slade and Walker on board as full-time executives, while he retains a director’s seat on the company’s board.

Fuller met Slade, who acknowledges she does not look like a typical candidate for Valence’s community, at a Summit Series conference in Los Angeles about a year ago. Slade, whose grandmother and grandfather couldn’t get married in the state of California because he was black and she was white, knew the problems that the community faced, and had spent her professional career building online communities.

“I had the professional experience and the personal background that aligned with what Kobie wanted to do,” she says. After their initial meeting the two began collaborating on how to bring Valence to the world.

Now, the company is live after 10 months of work and hoping to tackle a problem whose solution has eluded some of the biggest names in the technology industry.

“Google has spent over $200 million on their diversity initiatives and you see the numbers rising,” says Slade, but it’s happening too slowly.

Following the launch, the company says its next step will be to bring its footprint to an increasingly global network of professionals representing other diaspora communities.

“Next year you will see people from different regions come into the fold,” says Walker. “There will be connections to the different diasporic communities that are out there.”