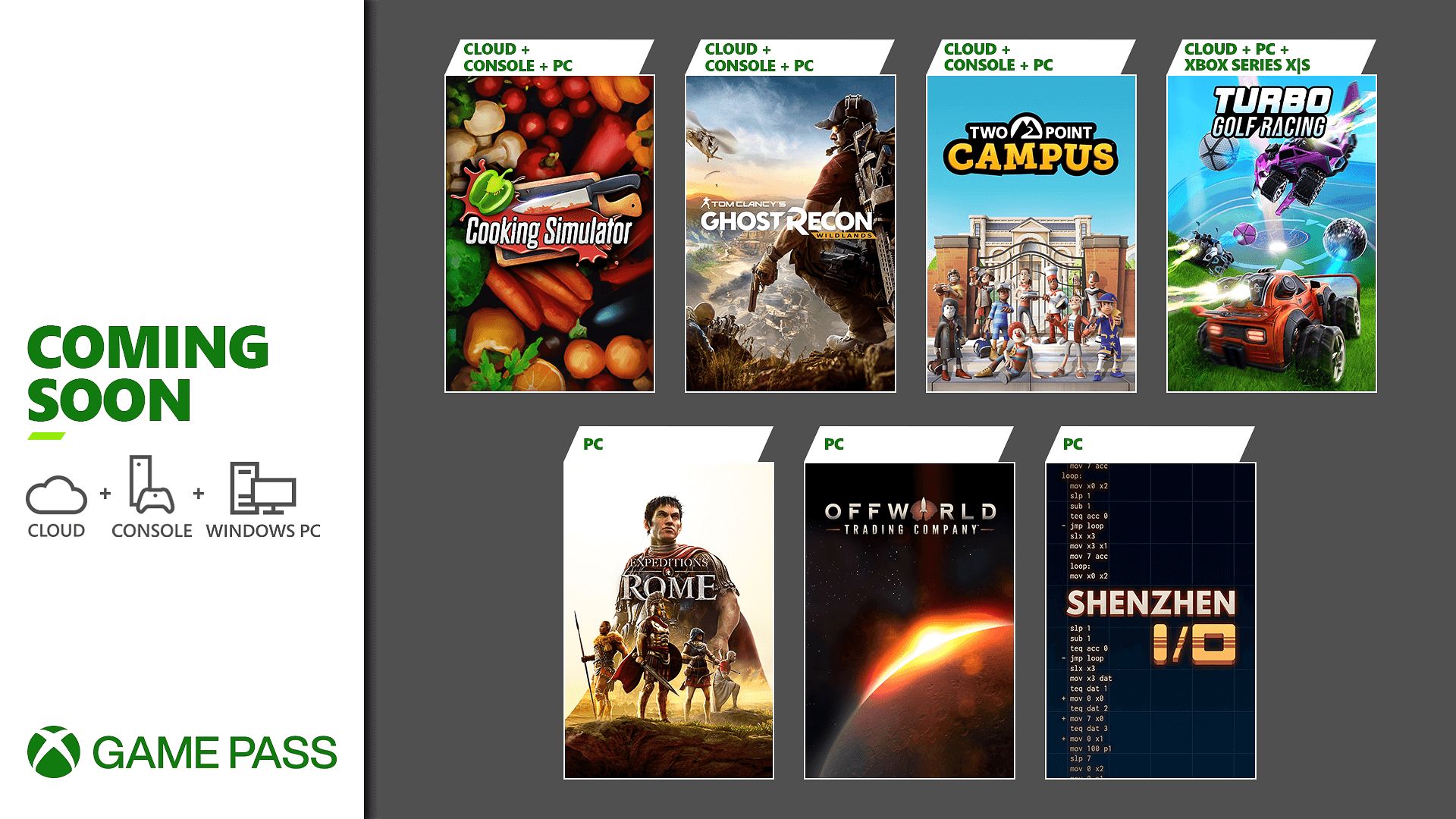 Picture this: You’re chatting with your friends, trying to think of something to do tonight, and rather than watching “Samurai Space Western Handel Negotiations Part IV: The Series” or something similar for the ninth time, you have games to play together! With Game Pass you can game across console, mobile devices, PC, TV, at home, at a restaurant, while you’re waiting for the laundry to finish… you can suggest something you can all play no matter where you’re at! Now picture even more games to choose from below!

Ghost Recon Wildlands (moln, konsol och PC)
Create a team with up to three friends to experience Ghost Recon Wildlands, the ultimate third-person military shooter set in a massive, dangerous, and responsive open world. The Ghosts, a US Special Forces team, are tasked to combat the Santa Blanca cartel and save Bolivia from collapse. You decide how to play, and every decision affects the world around you.

Shenzhen I/O (PC) [e-postskyddad] – August 4
An open-ended programming puzzle game that challenges players to build circuits using a variety of components. Inspired by real-world electronics engineering, the game takes players on a journey to a near-future Shenzhen, the electronics manufacturing capital of the world.

Cooking Simulator (Cloud, Console, and PC) – August 11
Play one of the best cooking games! Take control of a highly polished, realistic kitchen equipped with all kinds of utensils and stands. Unlock and master over 80 recipes or use dozens of lifelike ingredients to cook everything you like. A simulator spiced up with a dash of real-life physics!

Expeditions: Rome (PC) – August 11
Determine the destiny of Rome as you conquer foreign lands and navigate political intrigue in this turn-based RPG. Directly fight with your party of Praetorians, guide your legion to victory, and choose your own path in a story where every decision matters. How will you shape the future of Rome?

Offworld Trading Company (PC) [e-postskyddad] – August 11
Mars has been colonized. Now, Earth’s greatest corporate titans have been invited to build companies to support it. The competition to dominate the market is fierce in this fast-paced economic RTS.

Citizen Sleeper Episode One: Flux – Available now
Citizen Sleeper’s first episodic DLC, Flux, is available now as a free update to the game! Flux kicks off a new story arc that will play out across three episodes. Pressures in the Helion system have brought the first ships of a refugee flotilla to Erlin’s Eye. They will need your help, Sleeper.

Sea of Thieves: Season Seven – August 4
Time to truly become a Captain! Own and name your ships, decorating them with hand-picked fittings and souvenirs of your seabound exploits, then work towards Milestones to unlock more. Enjoy ongoing story-driven Adventures and new Seasonal rewards too. It’s all in Hav av tjuvar: Season Seven!

The Elder Scrolls Online: Noweyr Pack – August 16
Journey across Tamriel with elegance by adding an enchanting purple mount, matching pet, and two crates containing useful rewards to your collection. This Perk content requires ESO base game to use.

Be sure to jump back into these games before they go and use your membership discount to save up to 20% on the games you want to keep!

As usual, we’ll be back before too long with even more games for you to play soon. Keep tuned here, @XboxGamePassPC Twitter och @XboxGamePass Instagram for announcements, and maybe even more previews with the Xbox Game Pass mobile app. Talk to you soon! 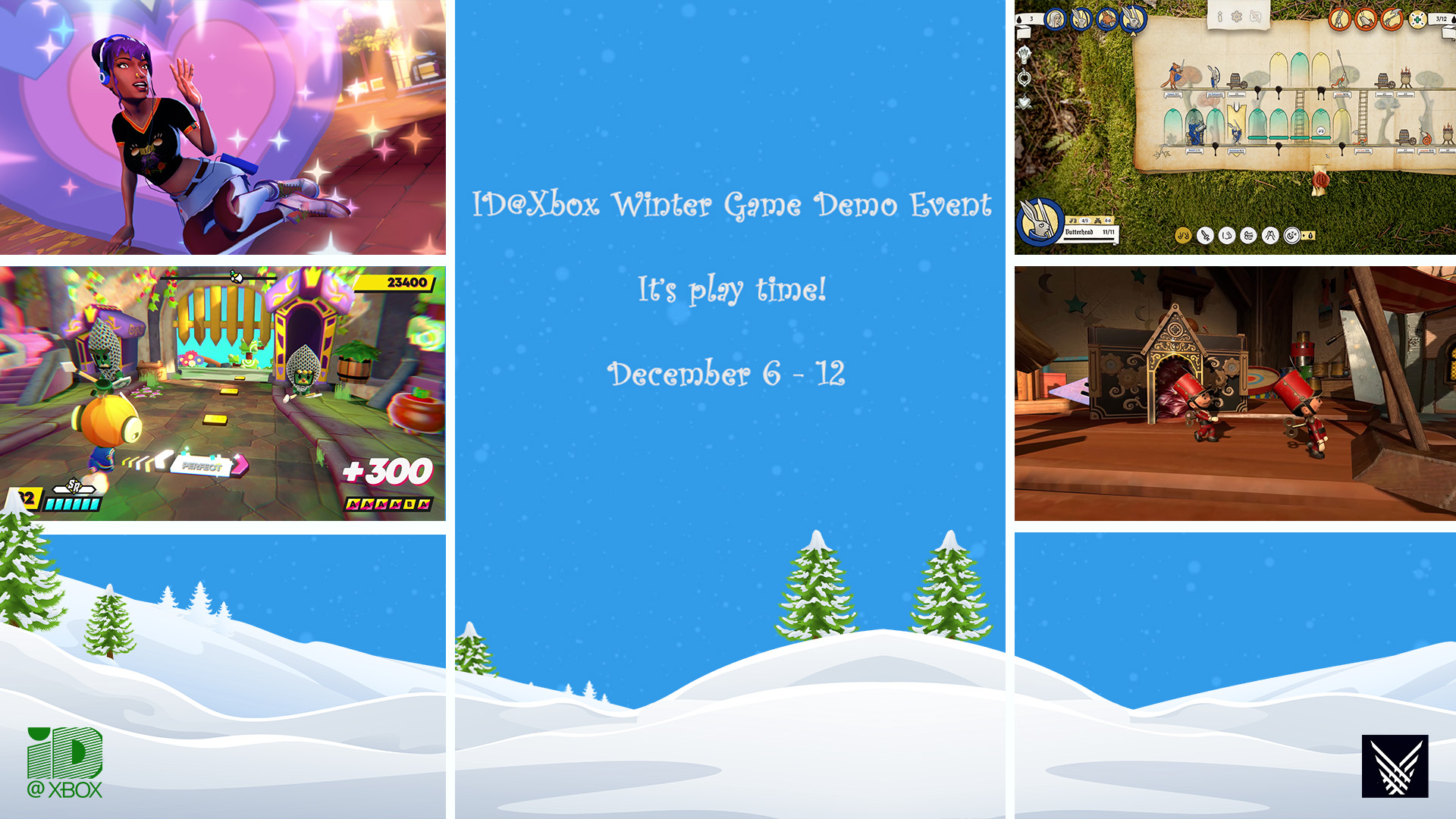 Winter is a great time to keep warm indoors and catch up on that backlog, either by gathering with friends and family or taking some time to yourself. Speaking of backlog, we’ve got another super cool line-up of game demos ready for you! Partnering with Geoff Keighley’s The Game Awards, we’re excited to share even more chill games that you can add to your Xbox Store wish list. Starting December 6 and running through December 12, you’ll be able to play over 20 demos of upcoming unreleased games for Xbox Series X|S and Xbox One!

A few things to keep in mind:

We’ll announce the full list on December 6, but here are some games you’ll want to keep in mind:

Inkulinati is an ink-based strategy straight from medieval manuscripts, where a rabbit’s bum can be deadlier than a dog’s sword. Embark on an ever-changing journey and become a master of the Living Ink. Build your own bestiary, defeat medieval superstars, and collect perks to unleash hidden powers.

Thirsty Suitors is a game about culture, relationships, family pressures, and expressing oneself. Can Jala handle her demanding parents, reconcile with her exes, and mend broken friendships in time for her sister’s wedding? Will she be ready for the impending visit of Paati, the family’s terrifying and judgmental matriarch? Through the game’s story, Jala will confront her exes in cinematic, turn-based battle sequences.

Guide a troop of tin soldiers through a beautiful, toy-filled world full of magic and mystery. Solve increasingly elaborate puzzles, forge new paths for your toys to follow and discover a deeply emotional story, in Tin Hearts – an immersive puzzle adventure game from members of the team that brought you Fable.

There will be so many unique games to discover and enjoy! When you get the chance to check it out, we’d love to hear what you think. Connect with us on Twitter, Instagram, Disharmoni, Rycka till, och Youtube. Stay tuned to Xbox Wire to learn more about what Team Xbox has planned and as always, stay warm and toasty while you game on!