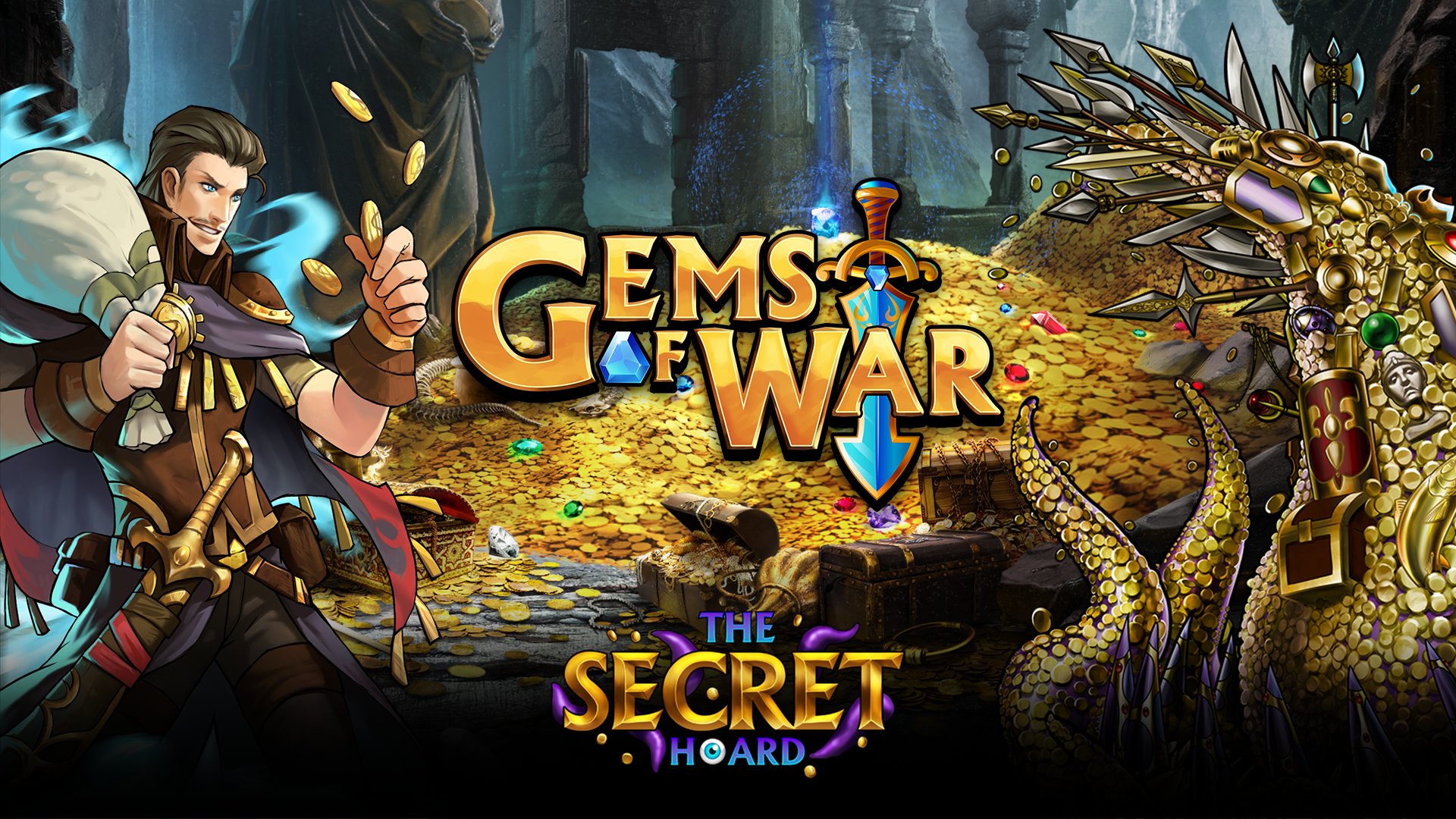 Gems of War, a must-play for match-3 RPG fans, introduces its first major update of 2022: The Secret Hoard! Experience new features that are sure to help any new budding hero explore the ever-expanding and deep world of Krystara.

We have completely revamped our new player introduction to Gems of War with the Adventurer’s Path. This pass-like system will gradually familiarize players with the game’s many different systems. Unlock knowledge and sweet loot with every level gained along the path!

A New Pass for New Heroes

Discover more about Krystara and its heroes through World Quests! These quests will introduce new game modes and features to early players. Expect more addition to this system in the future as well!

The Mimics have Invaded

Is it a boss chest, or is it a mimic? More surprises are inbound as mimics have invaded and now have a chance to replace the boss chest at the end of Explore Mode. Defeat the mimics to claim their greater rewards and find the Hoard Mimic to uncover true riches.

Discover all the new ways to experience Gems of War in our first major update of the year, The Secret Hoard. From the makers of Puzzle Quest, Gems of War is a free strategy-based deck-building match 3 RPG that will satisfy players old and new. Unlock your adventure today!

Don’t want to miss out on upcoming troops, features, and updates? Make sure to join our fantastic community to find more information and add to the conversation. Follow us on our official Channels: Facebook och Twitter.

From the creators of Puzzle Quest, play the new Puzzle/RPG/Strategy mash-up, GEMS OF WAR! Battle against epic bosses or other players.

In Gems of War, you battle your foes not just with swords and sorcery, but with a puzzle board! Match gems to power your spells, and match skulls to smite your enemies! Then take the spoils of war, and forge a mighty empire. It’s highly addictive, easy to learn, and filled with crazy combos and tons of depth.

· Collect and level-up over 300 different troops and their special spells
· Discover over 250 Quests, each with a distinctive story
· Collect all 150+ Weapons and their unique spells
· Rise on the global rankings in asynchronous PvP
· Team up with others in guilds and join forces in Guild Wars
· Conquer all 25+ Kingdoms and rule the world!

Huddle up Madden NFL fans! The NFL season has arrived and this month football fans can hit the gridiron early with Madden NFL 23. EA Play members will have a 10-hour Early Access Trial of the game on August 15 – three days before release! Offer starts at 7AM PT, August 15, 2022 for EA Play members only. With early Madden NFL 23 access, you’ll experience brand-new gameplay features including the game changing impact of FieldSENSE on Xbox Series X|S versions – a new foundation for consistent, ultra-realistic gameplay.

EA Play members eagerly awaiting for the Madden NFL 23 experience can refine and perfect their tackling skills by jumping into Madden NFL 22 now and earn member-only rewards, including the Leather Legends Gear Set and the Legends Vanity Set.

In addition to Madden NFL, there are even more great content and rewards coming to EA Play this month, including:

In addition to all these exclusive rewards, EA Play members can access a growing library of fan-favorite games via The Play List, including the 2021 Game of the Year recipient It Takes Two, as well as Mass Effect Legendary Edition – which supports 4K resolution and features enhanced visuals – and the thrilling Skate 3 and competitive MMA title UFC 4.

Play your way into the history books in Madden NFL 23!

Control your impact with every decision in all-new ways. Call the shots in Franchise with free agency and handel logic updates, play your way into the history books in Face of the Franchise: The League, and assemble the most powerful roster in all of Madden Ultimate Team™.

Face of the Franchise: The League
The League drops you into your fifth NFL season at a skill position of your choice (QB, WR, RB, CB, MLB) and you’re seeking a fresh start with a new team. Negotiate a one-year “prove-it” contract with one of 32 NFL teams and show out with great on-field performance to earn rewards and level up. The addition of New Drive Goals and Drive Summaries allow you to tweak your experience throughout a game and get feedback and rewards based on how well you play. Get performance boosts from weekly activities and training between games while Madden Ratings Adjustor Chad Johnson guides your career development by providing ratings updates as you strive for the highest level of prestige on your Road to 99. Will your NFL career rank among the all-time greats? It’s up to you.

Franchise
Plan and strategize like an NFL head coach with refined scouting, staff management, and weekly strategy features to take your Franchise to the top. New athlete motivations like team location and salary demands factor into contract negotiations and add to the drama of NFL free agency within Franchise. Updated Trade Logic AI represents the value of star players more accurately for fair and more realistic offers.

Madden Ultimate Team
Develop your dream fantasy roster of current NFL superstars, Hall of Fame legends, and more. Always have something to play for with the first-ever Field Pass challenge and reward tracker in Madden Ultimate Team. Play to earn MUT Champions entry tokens and choose to compete at your convenience. Simplified Set building lets you navigate your content binder more effectively so you can focus on improving your Ultimate Team roster all season.