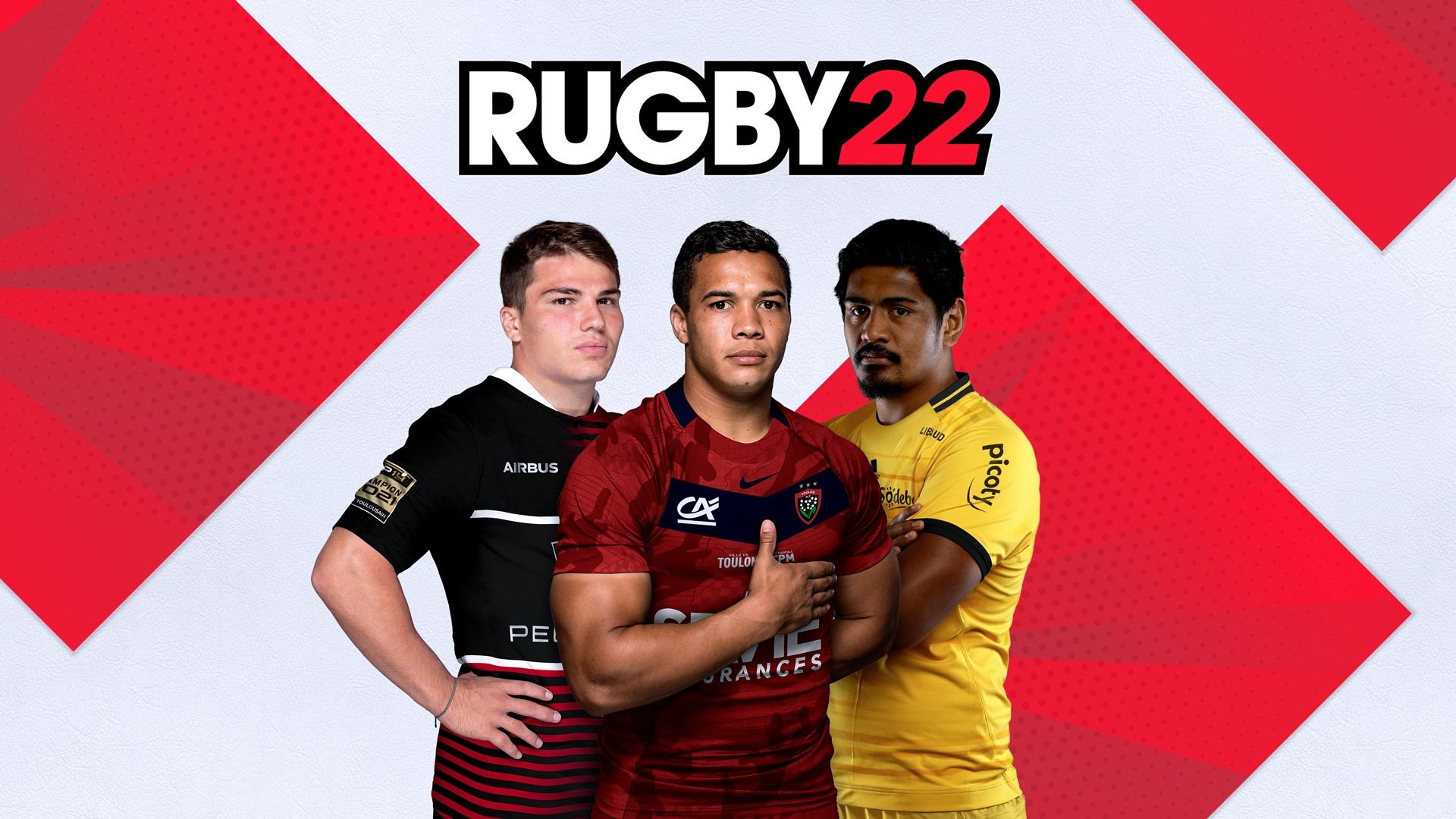 After Rugby 18 och Rugby 20, the sport takes its next step forward in Rugby 22. With refined artificial intelligence, a new difficulty mode, cleaner onboarding with new tutorials, more realistic player faces thanks to photogrammetry, and new official teams, EKO Software has gathered all the ingredients needed for a next-generation rugby experience.

Rugby 22 is a simulation, meaning all the aspects of the sport are in there. Rucks, scrums, line-out, drops…every phase and each rule of the sport has been implemented in-game. To add to the immersion, more than 50 official teams are faithfully represented, with both their official home and away jerseys, and all the players on their rosters in the current season.

Top 14, Pro D2, and the United Rugby Championship, fans from all over the world will be able to play with some of the best rugby players on the planet. In addition to this, top national teams are also featured, including the New Zealand All Blacks and the Australian Wallabies for the first time! Combine this with France, Ireland, Wales, Scotland, Italy, Japan, Fiji, and Georgia to get the full picture of the intense international matches you’ll be able to play with your friends.

Rugby may be a contact sport, but the key to victory is often to take a tactical advantage over your opponent. Create space, use your players to their full potential, and you should find a solution to move the ball down the field!

I Rugby 22, we’ve expanded the tactical options that are available, letting you change your pass chain from traditional tactics to many pod possibilities, adjust the position of your winger, chose the right amount of defensive pressure, and much more. You can also use the set play system to define some specific moves, for example doing a succession of crossing passes to gain some crucial ground in those tense final moments.

Master the game and dominate the match in Rugby 22, available now on Xbox Series X|S and Xbox One.

The ALL BLACKS are coming to Rugby 22!
Take control of the biggest clubs and top rugby nations, and enter the most prestigious competitions in single-player and multiplayer modes, local and online.
Rugby 22 offers total rugby, combining tactics and intensity through gameplay that stays true to the sport.

TAKE YOUR TEAM TO THE TOP
Lead your players to victory in tournaments, official leagues and a Career Mode in which you can create and manage your own team.

OVER 50 OFFICIAL TEAMS
Play in the United Rugby Championship, the Top 14, the Pro D2, and a wide range of national teams, including New Zealand, France, Ireland, Wales and Australia.

A GAME MADE FOR FANS
Rugby 22 offers a true rugby experience with a deep tactical system and authenticity that recreates the intensity of the sport’s big matches.

Don’t Be Afraid Is Now Available on Xbox One 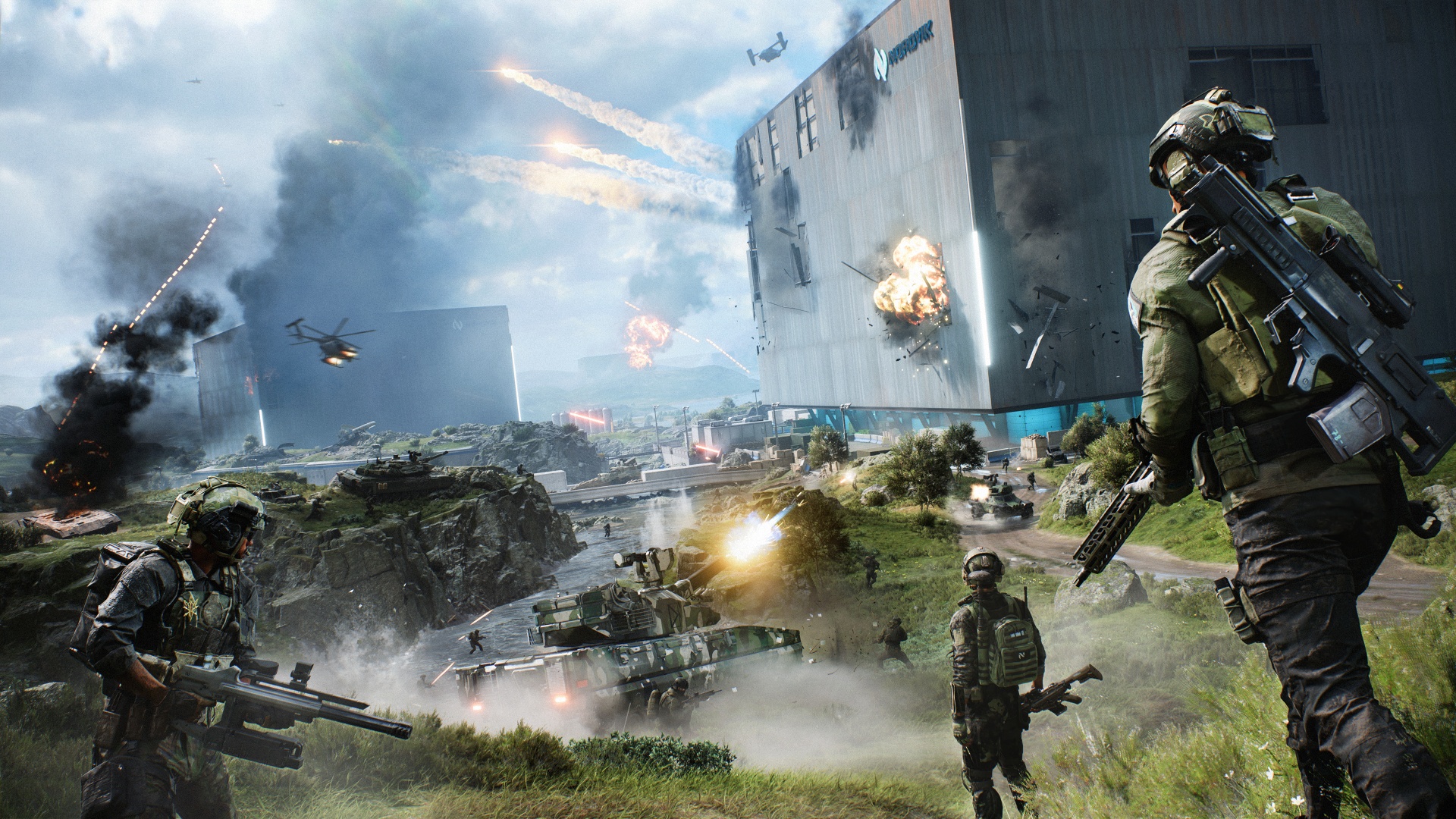 Switzerland is nice this time of year. The weather is crisp, but not cold, the valleys are full of lush greenery, and powerful railgun shots ripple across the hillside. Well, that’s the Swedish wilderness you can expect to see in Battlefield 2042 – Season 03: Escalation as it lands on Xbox One and Xbox Series X|S starting from today, bringing with it a new specialist, map, weapons, and several quality-of-life improvements along with its availability with Xbox Game Pass Ultimate! Let’s dive into the details.

For you assault players, Zain looks to have everything you’re hoping for. Part of that is thanks to his XM370A airburst rifle that’s designed to clear enemies from cover. He also has some of the fastest hälsa recharge rates in the game and can immediately recover health after taking out an enemy. All these features make him a prime candidate to be leading the charge on the battlefield.

Spearhead is inspired by the Swedish wilderness and contains two semi-automated facilities to engage in and around of. Inside you can expect to be exchanging gunfire while diving between high tech weaponry and mechanical parts designed for weather machines; outside you’ll navigate across rough terrain and in-between massive rock formations as you take the fight to the enemy.

Oh, and there’s a new tank…

Revised versions of Manifest and Breakaway will debut during Season 03; the new Manifest map is deploying in December and Breakaway will arrive at some time in January. Specialists will also move into Battlefield’s Class system, bringing with it class equipment and a class gadget. Other changes will be in store as well, like Irish moving to support and Crawford to engineer. There will be other changes coming throughout the season as well as into Season 04. Stay tuned to Battlefield’s official site for the latest news.

The Season 03 Battle Pass features 100 tiers of free and premium content for players to unlock, like the new specialist, weapons, gadgets, and more. Notera: All gameplay-affecting items in Battlefield 2042 are free and earnable for all players.

EA Play members with Xbox Game Pass Ultimate can now dive in and start playing Battlefield 2042 today! As detailed in last week’s Xbox Wire feature, EA Play members can also suit up with the Aurora Epic Soldier Set, an epic-rarity set for specialist (and veteran combat surgeon) Falck from now until December 1. Log in today and claim your rewards!

And that’s everything for Battlefield 2042 – Season 03: Escalation! Check it out today on Xbox One and Xbox Series X|S. As always, keep it tuned here to Xbox Wire for all the latest and greatest news on your favorite games.

Buy the Battlefield™ 2042 cross-gen bundle and get both the Xbox One and Xbox Series X|S versions.

Battlefield™ 2042 is a first-person shooter that marks the return to the iconic all-out warfare of the franchise. In a near-future world transformed by disorder, adapt and overcome dynamically-changing battlegrounds with the help of your squad and a cutting-edge arsenal.

Call the shots with Battlefield™ 2042 – Season 3: Escalation. Come face to face with the enemy in the northern Swedish wilderness and dominate ground warfare with new technological weaponry, the EMKV90-TOR railgun tank, and Vault weapons. Deploy as new Specialist Zain and flush out enemies with his XM370A semi-automatic airburst rifle. Things are going to escalate quickly.

With support for 128 players on Xbox Series X|S, and for 64 players on Xbox One, Battlefield™ 2042 brings unprecedented scale on vast battlegrounds. Players will take on several experiences comprising elevated versions of Conquest and Breakthrough, Battlefield™ Portal; a new community-driven platform where players can create, share and discover unexpected battles from Battlefield’s iconic past, present and future, and Battlefield™ Hazard Zone; a tense, squad-focused survival experience where every bullet, every skirmish, and every decision counts.

This game includes optional in-game purchases of virtual currency that can be used to acquire virtual in-game items.

CONDITIONS AND RESTRICTIONS APPLY. SEE https://www.ea.com/games/battlefield/battlefield-2042/disclaimers FOR DETAILS. NO WEAPON, MILITARY VEHICLE OR GEAR MANUFACTURER IS AFFILIATED WITH OR HAS SPONSORED OR ENDORSED THIS GAME.