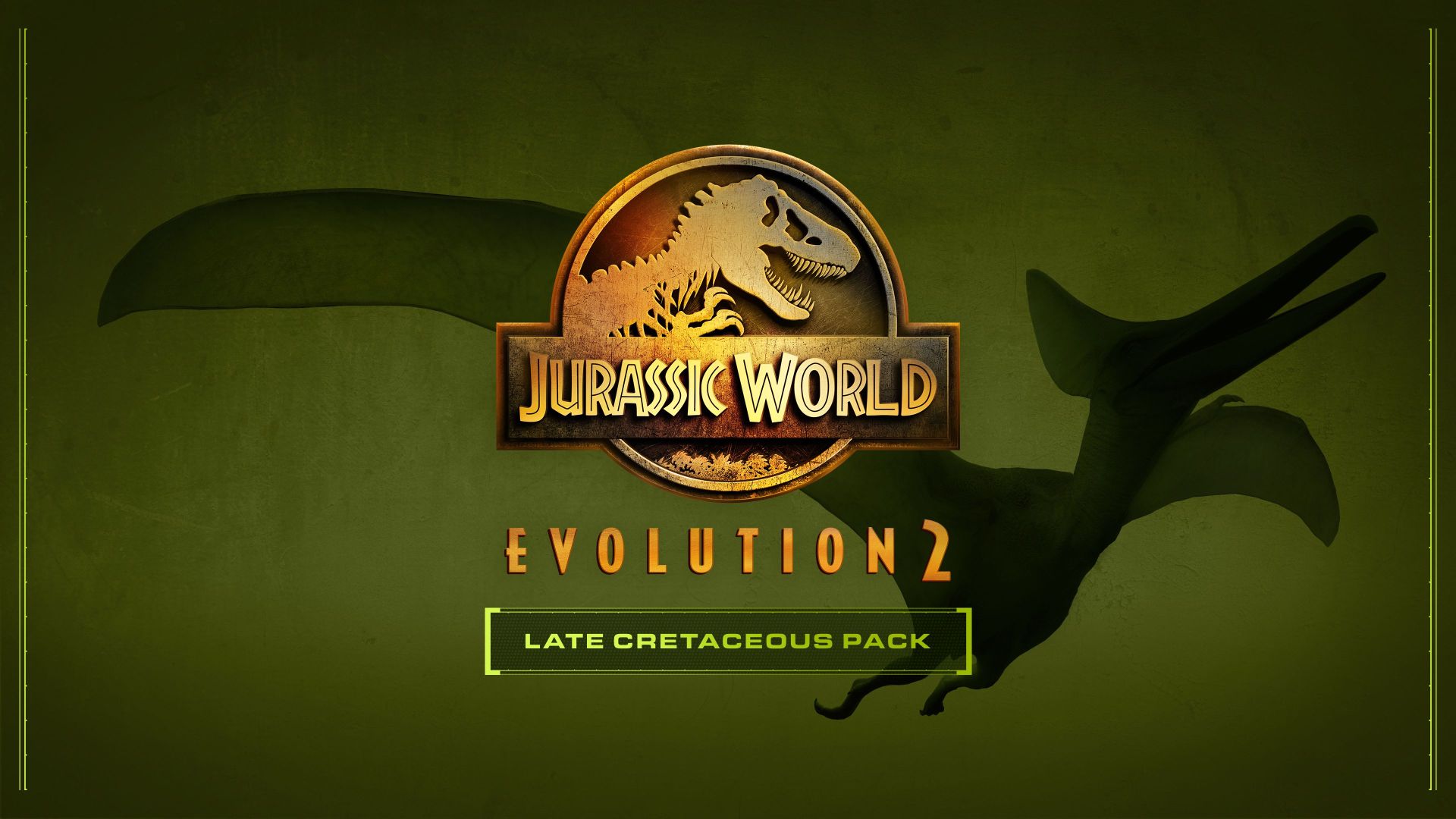 Following on from our last DLC, Jurassic World Evolution 2: Dominion Biosyn Expansion, we’re adding four more awe-inspiring prehistoric species to help you expand your ever-evolving dinosaur parks. This time we’ve delved deep into the fascinating Late Cretaceous era to bring you spectacular new additions across land, sea, and air. Introduce them to your park by buying the Late Cretaceous Pack on Xbox One and Xbox Series X|S when it releases tomorrow, September 15.

The Late Cretaceous age was a period over 65 million years ago that gave rise to all sorts of magnificent life forms. We chose to create this pack as the Cretaceous period had such diverse-looking species across the water, land, and air. It’s such a rich span of time to draw from, giving us amazing additions to Jurassic World Evolution 2, as well as making for a great companion to our Early Cretaceous Pack. So let’s explore the four new prehistoric animals featured in the soon to be released Late Cretaceous Pack.

Next, Alamosaurus. This is a true titan, and one of the largest dinosaurs from North America. In fact, it can lay claim to being one of the largest dinosaurs ever. To give you an idea of its sheer scale, even its shinbone manages to outsize an average adult human. But that’s not all. Alamosaurus is armored too, sporting large spines running down its shoulders, back, and tail. With the Alamosaurus, I really like the shape and size of the neck – there’s a real heft to it as it moves around your parks.

Equally impressive is the medium-sized carnivore, Australovenator. Now, Australovenator is a speed demon, galloping around Late Cretaceous Australia with cheetah-like pace. Unlike a cheetah, however, this species has flexible, prehensile arms used for grabbing. In fact, one of my favorite elements is the unique animation for when the Australovenator reaches out and snags food. With its lightweight frame and hyper-mobility, this is an expert hunter excelling at stalking prey and running it down. Also, the patterning and colors on the Australovenator are some of my favorites. It has some really vibrant contrasting colors.

Another prehistoric animal we think you’ll love introducing into your park is Styxosaurus. This intimidating species is an efficient marine predator, ruling the waves with a lethal combination of large fins, streamlined shape, and deadly swiftness. Other than sounding very cool because it’s named after the River of Death, this is a great addition as it’s a marine reptile with bioluminescence to some of the pattern colors. At night, it’ll glow as it’s swimming around the lagoon.

Alongside the new pack, we will also be releasing free Update 4, with a range of new features coming your way. It contains improvements like the ability to wake up tranquillized dinosaurs using the new stimulant dart, either directly or through task assignment. And watch the skies, because flying reptiles can now attack capture team helicopters! There are also plenty of beautiful new lagoon decorations in the base-game update so you can personalize them, including banners, fountains, customizable lights, and even an Indominus rex skeleton, which can be placed at the bottom of the lagoon.

We’re so excited for you to give our latest DLC a go and discover the incredible new prehistoric animals waiting for you, as well as try out the all-new Update 4. Covering land, sea, and sky, they’re guaranteed to make amazing additions. Buy the Late Cretaceous Pack för Jurassic World Evolution 2 when it releases tomorrow on Xbox One and Xbox Series X|S and experience a world evolved!

Learn what it takes to be a park management master in Campaign mode, a compelling, original narrative that puts you at the heart of the action following the earth-shattering events of Jurassic World: Fallen Kingdom. Work alongside iconic characters from the films, including Dr. Ian Malcolm (voiced by Jeff Goldblum) and Claire Dearing (voiced by Bryce Dallas Howard), and lead the efforts to control, conserve, and contain wild dinosaurs now rampaging across the USA.

Create your own Jurassic World

Take control with deeper management tools and creative options. Construct a range of customisable new buildings and hire new Scientists, and shape your park to meet the needs of both your guests and dinosaurs. Unleash your creativity in Sandbox mode, or test your skills in Challenge mode as you deal with diverse locations and environmental calamities.

Play through key moments of your favourite films – with a twist. Experience ‘what-if’ scenarios from iconic Jurassic World and Jurassic Park films, each level set across eras and locations from all five movies. Dive into the Jurassic World franchise and see how events unfold when you take control.

Over 75 different prehistoric species come to life in Jurassic World Evolution 2, including highly requested flying and marine reptiles. These animals feel more alive than ever as they preside over territory, fight for dominance, and react intelligently to the world around them. Use bioengineering to customise dinosaurs with bold new colours, and alter their genomes to unlock traits. 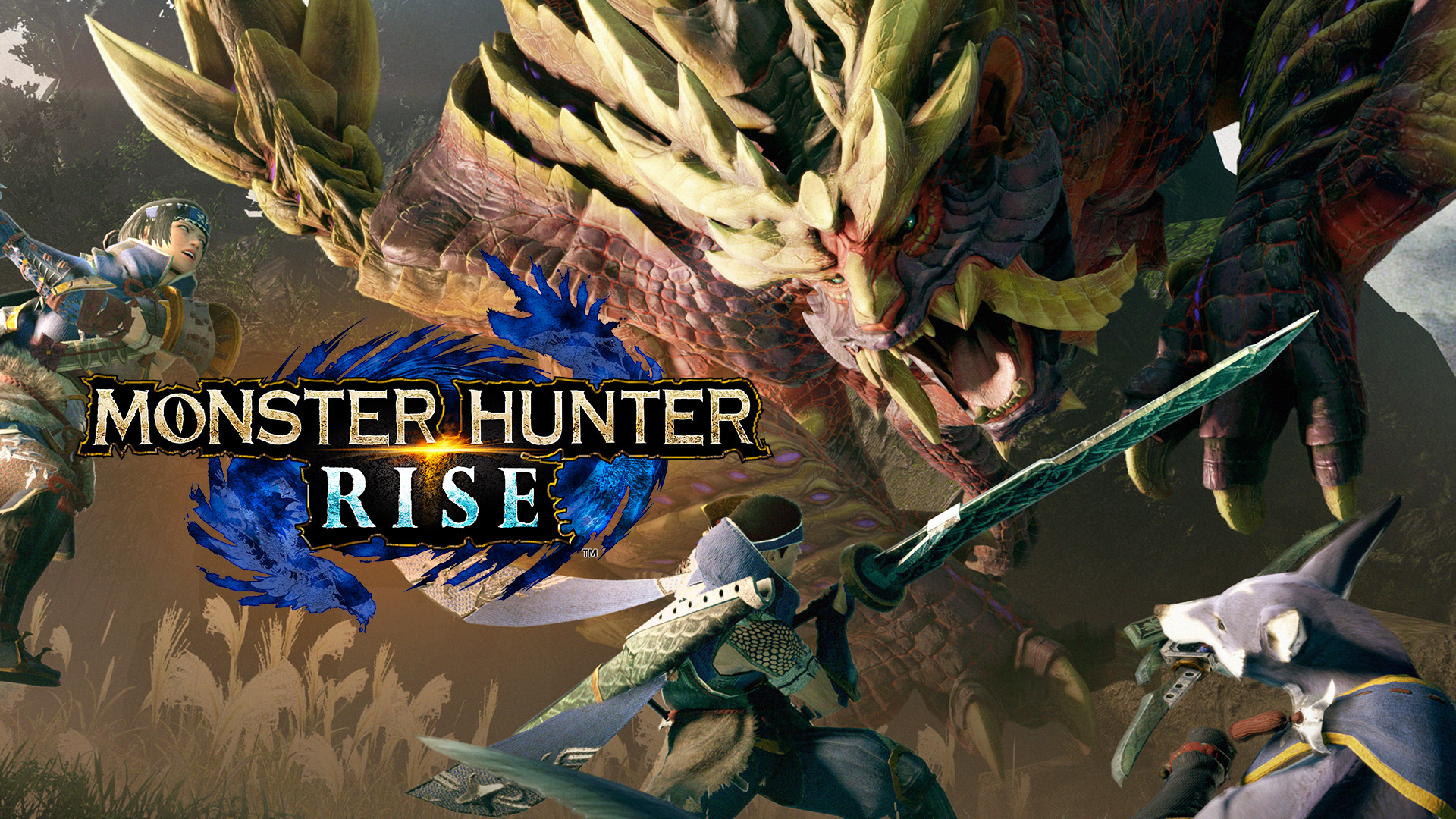 I Monster Hunter Rise, you’ll encounter a slew of new monsters inspired by Japanese folklore, like the flagship Wyvern of Malice, Magnamalo. Of course, iconic and beloved monsters from past titles also return, rounding out a roster of fearsome beasts that are sure to test your skills.

Seasoned hunters experienced with Monster Hunter World och Iceborne will feel right at home with the signature gameplay experience the series known for. Choose from 14 weapon types, each with their own unique playstyle and deep and rewarding mechanics to master. Defeat powerful monsters, and use materials carved from them to craft more and more powerful weapons and armor as you rise through the hunting ranks.

At launch on Jan. 20, the game will come equipped with content and Event Quests from the previously released title updates (up to version 10), offering dozens of hours of intense hunting action and plenty of rewards to earn. This includes a number of fun collaborations quests from other series, where you’ll take on special themed quests to earn gear themed after Street Fighter, Okami, och Mega Man, just to name a few.