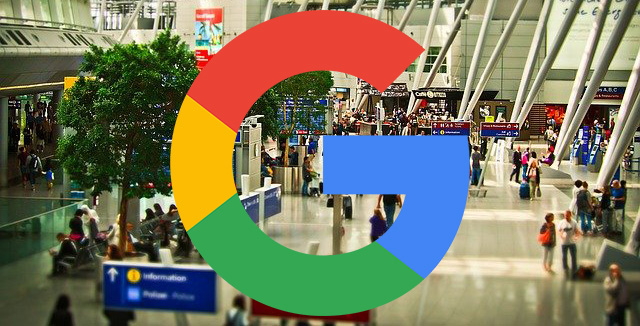 Aleem Bawany asked John Mueller how long it takes to “expect to see the results or the impact” after the setting is changes in Google Search Console? John replied that he did not know exactly but his guess would be “anywhere from a week or two to maybe a month or two.” He added “with regards to a news website, I suspect it’ll be a little bit faster than usual.”

I should note, this setting is still in Google Search Console but in the “legacy tools” section and does not work for domain properties, only for specific URLs – at least at the time I wrote this story.

John said this at the 32 minute mark:

Here is that piece of the transcript:

ALEEM BAWANY: All right. I’ll do that. Thanks very much. Just a quick question. How soon would these settings take effect? Let’s say I make it international. How soon can I expect to see the results or the impact?

JOHN MUELLER: I don’t know. My guess is it’ll be anywhere from a week or two to maybe a month or two. So that’s the time frame that I suspect it takes for something like the geotargeting setting to change. With regards to a news website, I suspect it’ll be a little bit faster than usual, just because with a news website, we would focus on the newer content, and with the newer content we would see the setting very quickly. So probably more on the shorter side for a news website. But I don’t know all of the systems that are involved with geotargeting settings changes.

There is a whole other part of this conversation where Aleem thinks the site is penalized but John told he no, it is not. That maybe it has to do with this geotargeting setting. That part started at 26:52 mark into the video, here is that transcript:

The bigger website, the financial publication, over time we suspected that previous stakeholders, they did some nefarious activities. We think it’s penalized, but there’s no way for us to know that it’s been penalized. But lately what we noticed was that the other website sometimes takes stories from the financial publication with attribution. And on the lesser website, on Google News, it always seems to end up ranking higher. And we realized that the smaller website with the lower page rank potentially is ranking higher. We figured that something is afoot or something is amiss, and we don’t know how to go about it. I’ve disavowed a lot of länkar– over 3,000 länkar, and a lot of domains as well. We realized a lot of traffic is coming from Blogspot. Some of them are shady. We realized there was about 200 or 300 URLs that were marketing related. We blocked those about six to eight months ago.

We still are not able to rank higher. In fact, what happens is, on Google News, we’ll have a story. We’ll be the exclusive. We’ll be the first one. The whole E-A-T thing will be trustworthy. We are exclusive. We will rank very high. And as soon as even this lesser website or other websites publish the same story, even if they do a spin on our take, or if they have a genuine story, or a copy of or extrapolating from our story, when they do that, they suddenly start ranking higher. And we’ll immediately start disappearing into oblivion.

And now I’m tasked with improving the SEO. The editors are frustrated. We put a story, it’s original, and kind of feeling out of options on what to do. And the second part of the question is, with the Disavow list, there’s two ways to get the list. One is on these SEO Tools, the paid tools. They come up with a lot of URLs that don’t show up in the Search Console. So we’re looking at those lists, adding them to our Disavow list, and adding them. Should we be looking at both sides or not? And what are my options if there any recommended reading, or any– how should I go about this? Thank you.

JOHN MUELLER: Yeah. I think you posted on YouTube as well with the domain, right?

JOHN MUELLER: So I took a quick look at the domain beforehand, and I don’t see any kind of manual action or penalty associated with that domain. I also don’t see any issue with regards to the länkar for that domain. So my suspicion is, you probably don’t need to put a lot of time into the Disavow work. And probably even just focusing on Search Console länkar, if you actually find something really problematic there, would be enough. So that’s– I think from the overall point of view there, I don’t see anything really holding back this website in Search.

The main thing I did notice, though, is that you have geotargeting set up in Search Console for Pakistan. I don’t know if that’s by design, if that’s something that you’re trying to do. If you want to make a general English-speaking news website, then probably it makes sense to turn off the geotargeting there. So that might be something that can help you.

I think when it comes to Search, the geotargeting, if you want to target countries other than Pakistan, like a general English-speaking news website, then I would definitely turn that off, because that can have an effect there in that it really focuses on Pakistan and then slightly focuses less on other countries.

Here is how Glenn Gabe summed that part up:

Mer av @johnmu: But check your geotargeting… If you want to have a general English news site, then it makes sense to turn off geotargeting there. If you target a specific country via GSC, then it can really focus on that country… & could focus less on other countries. pic.twitter.com/OAr4kIu6ts