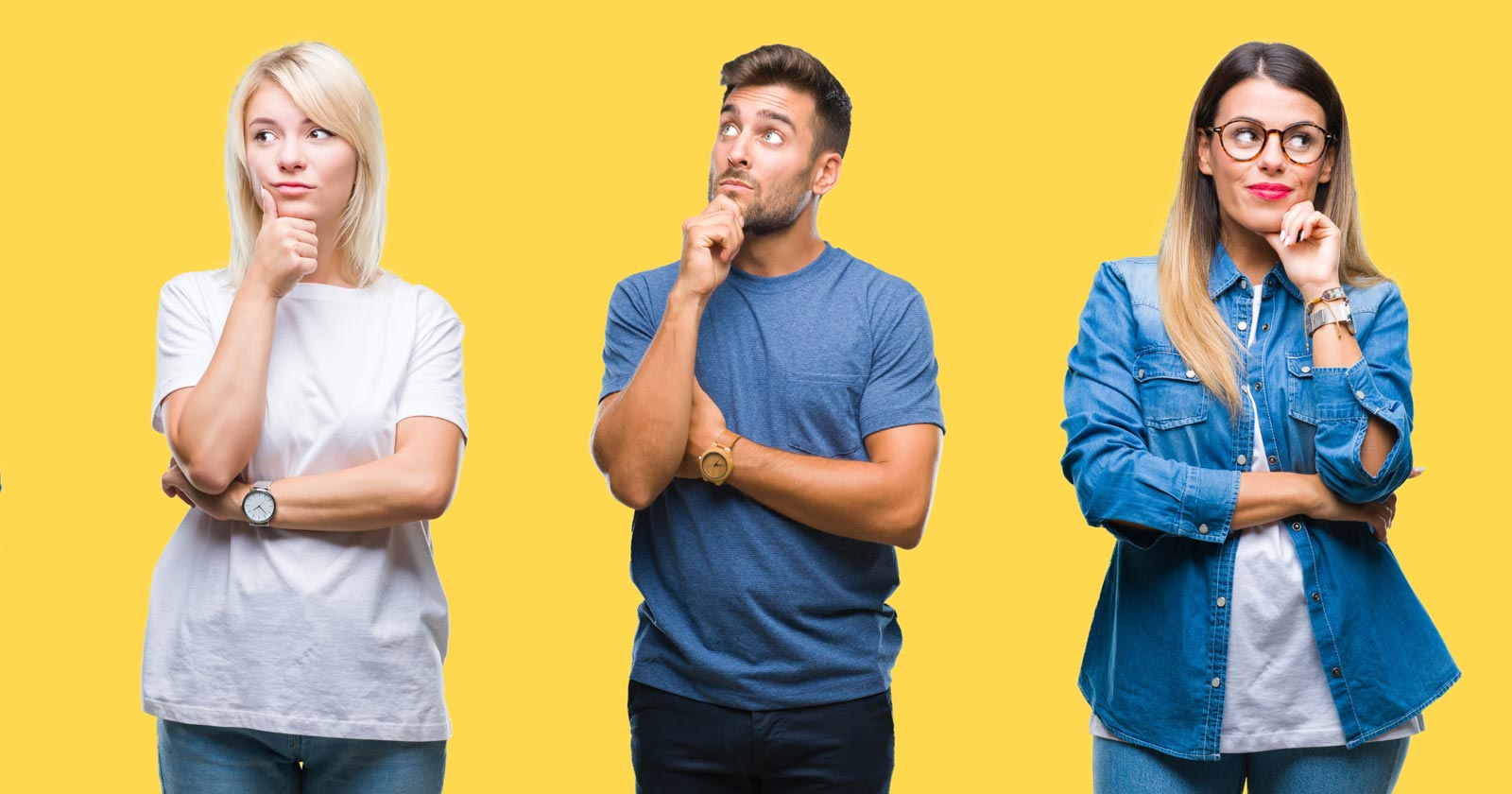 There are many contradictory ideas about the best way to approach SEO.

For every idea proposed, there are others in the SEO industry who disagree.

Turning to Google for help isn’t always helpful because Google ranks information about SEO that Googlers themselves are on record saying is wrong.

What Googlers say about SEO is generally limited to four topics:

Googlers don’t offer loopholes for how to influence rankings, of course. But the information they do provide is useful and consistent.

For example, a Googler can’t necessarily say that Google has an algorithm that’s specifically for hunting down and killing guest posts for SEO links.

But they can advise that guest posting for SEO is done and that publishers should stick a fork in it.

By doing that, the Googler is helping publishers avoid a possible penalty or spending money on a service that won’t produce the desired results.

Why Google Has A Webmaster Outreach

The whole reason why there is a Webmaster outreach is that former Googler Matt Cutts sees value in communicating with the search community to help them avoid mistakes and misinformation.

So, he began communicating with publishers at various SEO forums under the nickname, GoogleGuy.

Här är en post from 2004 where GoogleGuy introduced himself and explained the origin of Google’s outreach and his motivation:

“About three years ago, I was waiting for a program to finish compiling, and I was reading what people online were saying about Google.

I remember seeing a question from a site owner about how to structure his site for better crawling, and thinking it would be great if a Googler could just pop by to answer technical questions like that.

And then I thought, I’m a Google engineer. I can answer technical questions like that. So, I did.

Since then, I’ve managed to post around 2,000 messages in various web forums, setting the record straight whenever possible.”

It’s common to hear people complain that Google is contradictory. If that’s true, how can you trust what Googlers say is not SEO misinformation?

But, the reason for the contradictions is usually not the Googler’s fault. It’s consistently the fault of the person who is writing about what the Googler said.

In my experience of several years of listening to the Google office-hours hangouts, Googlers are very consistent about what they say, even when you backtrack 10 or more years to previous statements, what they advise is consistent and not contradictory.

Paying attention to what Googlers say has always been a good practice. And if what a publication reports seem to contradict a previous statement, listen to the statement itself.

For example, there are some sites that post about ranking factors based on what an ex-Googler says in a video.

But when you listen to the video, the ex-Googler never said what people say that he said.

Even so, the erroneous statement about a false ranking factor keeps proliferating on the internet because no one stops to listen to the video.

Don’t take what someone writes for granted.

Always check the video, blog post, or podcast for yourself.

Google Search Engine Is A Source Of  SEO Misinformation?

Here’s an example of Google’s John Mueller debunking LSI Keywords in a tweet:

In general, the top search results about SEO topics tend to be fairly reliable nowadays.

Sometimes it might be more helpful to find an SEO forum or Facebook Group and ask a real person (instead of an algorithm) for information about SEO.

Should You Ignore What Googlers Say?

Googlers are on their side of the search engine and publishers/SEOs are on the other side. We both experience search differently.

So, it makes sense that there are differences in opinions about some topics, particularly about what is fair and what is relevant.

However, there are some areas of the internet where it is commonly held that it’s best to not listen to what Googlers say.

Some consistently advise others to literally do the opposite of what Googlers say.

Others appear to have a grudge and offer consistently negative opinions on the topic of Google.

Then, there are news stories about Google AI researchers who were fired after raising ethical concerns.

Should Google Be Believed?

It’s helpful to focus on the Googlers who liaison with the sökmarknadsföring gemenskap.

Googlers like Gary Illyes and John Mueller have a long history of sharing high-quality information with the sökmarknadsföring gemenskap.

The record of all the information they shared is on YouTube, Twitter, and on Google blog posts.

When John Mueller is uncertain about an answer to a question, he says so. When he is certain, his answer is unambiguous.

Danny Sullivan used to be a sökmarknadsföring reporter before joining Google.

He is on our side, and he, too, has a solid track record of answering questions, passing along concerns, and responding to concerns in the search community, like publishing an article about Core Algorithm Updates in response to questions about what they are and how publishers should deal with them.

In general, be wary of anyone who consistently advises people to ignore what Google says.

Discern Between Opinion And Fact-Based Insight

It’s important to verify if the writer is citing and linking to an authoritative source or is simply offering an opinion.

What they write might still not be true about Google, but at least there is supporting evidence that it could be true.

Unless a Googler says something is true, we can’t really know.

So, the best anyone can do is to point to a Googler statement, a research paper, or a patent as supporting evidence that something might be true.

For centuries, common sense dictated that the earth was at the center of the universe. Common sense is not a substitute for evidence and data.

Opinions without supporting evidence, regardless of how much “sense” it makes, are unreliable.

Googler Statements Must Be In Context

Some people have agendas. When that happens, they tend to cite Googler statements out of context in order to push their agendas.

The typical agenda consists of sowing fear and uncertainty for the purpose of creating more business.

It’s not uncommon for search marketers to say that Googlers contradict themselves.

I find that Googlers are remarkably consistent, especially John Mueller.

What is inconsistent is how some people interpret what he says.

Googles John Mueller lamented in a podcast that “two-thirds of what he is quoted as saying is misquoted or quoted out of context.”

Correlation Studies Are Not Reliable

Articles featuring correlation data tend to attract a lot of attention, which makes them useful for clickbait.

But the patterns are meaningless because… correlation does not imply causation.

Correlation studies often look at one or a handful of factors in isolation, ignoring all the other more than 200 ranking factors that influence search rankings.

Correlation studies also tend to ignore non-ranking factors that influence the search results such as:

The above are just factors that can muddy up any attempt to correlate what ranks in the search results with any one particular quality of a webpage.

If you want to avoid SEO misinformation, consider avoiding most, if not all, correlation-based SEO research.

Can You Trust What’s In A Patent?

The problem with articles written about patents is that some people don’t know how to interpret them – and that can result in SEO misinformation.

The way a patent can result in misinformation is that the person making claims about it uses just one section of a patent, in isolation, pulled out of the context of the rest of the patent.

A patent or research paper should always be discussed within the context of the entire patent.

It’s a common mistake to pull one section of the patent and derive conclusions from that section taken out of context.

It can be tough discerning between good SEO information, outright lies, and pure misinformation.

Some misinformation happens because the information was not double-checked, and it ends up spreading across the internet.

Some misinformation happens because some people put too much trust in common sense (which is unreliable).

Ultimately, we can’t know for certain what’s in Google’s algorithm.

The best we can do is understand that SEO information has tiers of validity, beginning at the top with publications from Google that offer confirmation about what’s in Google’s algorithm, then statements from Googlers. This is information that can be trusted.

After that, we get into a sort of gray zone with patents and research papers that are unconfirmed by Google whether or not they’re being used.

The least trustworthy tier of information is the one based on correlation studies and pure opinions.

When I am in doubt, what I do is seek a reality check from people I trust. 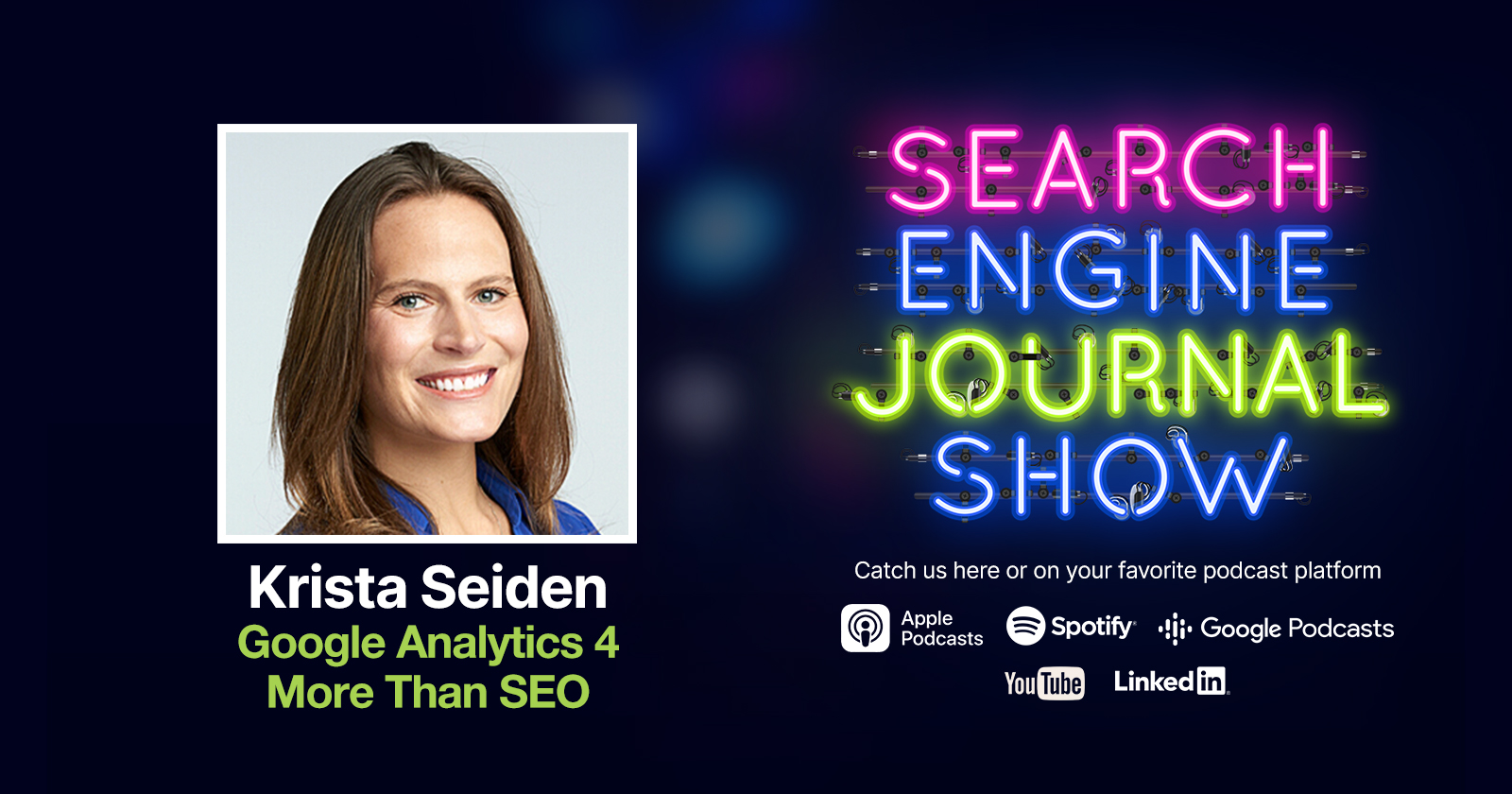 In the past few episodes, we’ve discussed the SEO and organic tracking implications of the switch from Universal Analytics to Google Analytics 4, but how does GA 4 help with paid campaigns, affiliate campaigns, Google Ads, campaign tracking with IDs, etc.?

Krista Seiden of KS Digital and former VP at Quantcast joined me on the SEJ Show to discuss the benefits and advantages of GA 4 for paid campaigns plus other opportunities digital marketers will face with the sunsetting of Google Analytics UA.

One of the misconceptions is that this product just isn’t there yet, and I would push back a little bit and say it’s constantly evolving, and a lot of new things have come out. So take the time to know how to use the tool and understand what’s actually there. –Krista Seiden, 4:55

Don’t expect your data to be precisely the same between UA and GA4. So even things like sessions and user accounts will be different because GA4 calculates these things in different ways than Universal Analytics. –Krista Seiden, 44:41

I do not think that this deadline is going to change. I would suggest taking this one seriously. If you don’t start moving now, you’ll probably not be able to pull your year-over data within GA4. The sooner that you get it implemented, the more historical data you will have in GA4 to be able to compare to. –Krista Seiden, 22:09

It’s nice that we now have this ability to actually customize the UI of GA4. So, for example, we can choose what reports to show or not for people in our organizations. –Krista Seiden, 5:44

GA4 is a heck of a lot more privacy-centric than Universal Analytics. –Krista Seiden, 16:41

Krista Seiden is a savvy, experienced analytics leader who has led teams at Adobe and Google. In addition, she has led optimization initiatives for companies such as The Apollo Group and Quantcast. As an analytics and optimization methodology expert, she has become one of the most sought-after consultants in the industry.

Her expertise led her to start KS Digital, an analytics consultancy in 2019, which helps businesses optimize their digital marketing and analytics investments.

In addition to being dedicated and hardworking, she also contributes occasional guest posts to top industry publications such as Google Analytics Blog. When she is not working, she enjoys traveling as much as possible!

The Best Times to Post on Social Media in 2022 [Infographic]