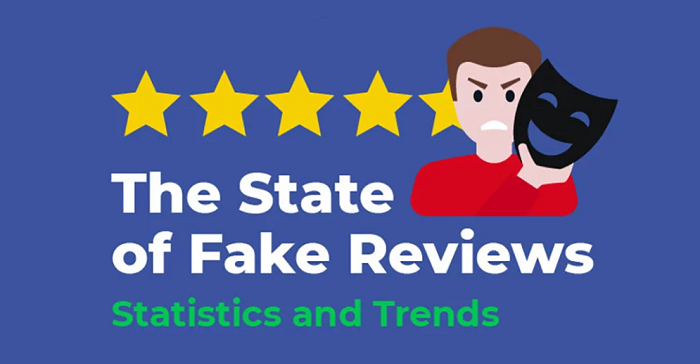 Are you an eCommerce website owner struggling to compete in your industry? Are you considering committing the cardinal sin of purchasing fake reviews?

Teamet från Invesp share the stats that you need to know in this infographic.

They cover the following:

Does posting memes help to increase traffic to your website?

This is a key question, which really relates to all kinds of engaging social media posts – because while these types of trending updates very clearly garner Likes and comments, do they actually benefit the stats that really matter to your business?

I mean, Likes and followers are great, but what you need is conversions, relative to what that means for your business. For SMT, we’re working to get as many people to read our posts as possible, and as you’ve likely noticed, we’ve recently been trying out memes as a way to boost engagement, and see what that gets us in this respect.

So what have we found? Here’s a quick overview of the initial results of our meme experiment.

First, a quick bit of background…

We’re always looking to try new things, and test out the latest trends and processes, and not just because it might help us generate more traffic and build community, but also, because that’s what we write about. If we’re going to write about it, we need to know and understand it as much as possible, in order to ensure that what we’re communicating is correct, and makes sense for our audience.

In terms of posting, last year, we tried out polls on Twitter and LinkedIn, and question posts on Facebook, to see if they would help drive more engagement. And they definitely did – these types of audience-prompting updates garnered a heap of Likes and comments. But when we cross-checked this against Google Analytics tracking, we didn’t see a big uptick in sessions or users visiting the site.

That’s not to say that these aren’t valuable, but they weren’t shifting the needle in any significant way on our key metrics. At the same time, too many polls can get annoying. In our experience, they’re an interesting tool to use, in moderation, but not a massive driver of our ultimate aims.

Yet, at the same time, our social traffic, like all platforms, tends to have ups and downs – and in a down period this year, we decided to try something new to freshen up the feed and give our audience something else to engage with, and maybe lighten the mood a little at the same time.

The inspiration in this instance came from SEMRush, who’ve also tested out memes as a means to boost engagement, and build community.

SEMRush’s experience saw them significantly increase their social engagement by posting timely, on-trend, niche memes. So we thought we’d give it a try, to see if that helps drive more interest in our articles.

The first step, of course, is creating relevant, engaging memes. Which is not always easy. Many of our memes never made it out of test phase, with some clearly failing when viewed in the templates.

Some that we’ve posted also haven’t connected in the way that we’d hoped.

But this is the game – if you’re going to post memes, you’re going to have hits and duds, and you just have to live with it. I imagine it’s the same as a comedian, some of the jokes work, some don’t. But ideally, more of them get a laugh than not.

Which, luckily, our memes have.

On average, the memes that we’ve posted are generating around 135 Likes on Facebook, which has helped them generate significantly more reach than our average post, while they’re also performing strong on both Twitter och LinkedIn.

And they’re fun. The way I view them is like the comic section of the traditional newspaper, a light-hearted moment between the news updates and informational elements.

The increased engagement obviously has some benefits in boosting algorithmic reach (if people engage with one of your posts, the algorithm is more likely to show them more), as well as building community around the SMT brand. But the key question is – ‘do they actually get more people clicking through to the site?’

In our case, when comparing our overall social media performance against the previous 3 months before we started posting memes, we’ve seen a 12% increase in sessions from social, and a 16% increase in users.

That’s not a massive shift, but when you’re working with the ebbs and flows of referral traffic, as well as changes in analytics due to shifting data regulations, any increase is positive, and a double-digit jump is definitely worth the effort.

This is only around a month of data, so it’s not definitive, and there are also other factors to consider that could influence the results. But the numbers, thus far, suggest that it is worth sticking with – and as noted, it’s fun too, adding a little more relatability to our presence, as opposed just the latest news.

A few other notes:

Look, it’s not necessarily a walk in the park to keep coming up with funny memes – and it may be that we run out of ideas at some stage and suddenly it becomes a lot more difficult. It’s also not for everyone. Coming up with a (relatively) clever joke that fits a meme template doesn’t always come easy, and there are days when you just don’t have it, no matter how hard you stare at the screen.

But for a minor time commitment, it does seem, at least at this stage, like this may be a good way to help engage your audience, which can also drive direct traffic benefits.

We’ll post another overview of our meme experience three months in.