Meta has today published first annual Human Rights Report, which takes a deep dive into how the company is working to address potential human rights concerns, stemming from its products, policies and business practices.

De 83-page overview looks at how Meta is working to align with human rights principles in its various product decisions and developments. Those principles include the right to freedom of expression, the right to privacy, the right to equality and non-discrimination, child protection, and more.

It’s an interesting look at the efforts Meta has made on these fronts, which is essentially a summary of its various policy updates and shifts. You can read the full report här, men i det här inlägget ska vi ta en titt på några av höjdpunkterna.

First off, Meta outlines its key mission, which may raise some eyebrows among skeptics:

"Meta’s mission is to give people the power to build community and bring the world closer together. We seek to advance our mission in a manner consistent with the promotion of humanity’s fundamental rights: freedom of expression, privacy, non-discrimination, and more.”

I’m not sure that people outside of Meta would agree that these are the company’s driving principles, but that’s what Meta’s going with here as the main drivers for its actions.

Not, like, profits and growth at all costs. Those don’t rate a mention in this context.

In this respect, the report feels somewhat disingenuous, as these are clearly significant drivers of the company’s actions. But given the focus of this specific report, it makes sense that it’s steering away from these alternative motivators as it looks to highlight the good work that it’s doing to better protect human rights.

The report provides an overview of Meta’s various developments in improving its policies, in alignment with human rights principles.

Each section provides an in-depth look at key human rights stances, and how Meta has moved to align with such through its evolving approach.

It also looks at how Meta is now integrating these same elements into its development of new technologies, like VR and the metaverse.

The report also looks at how Meta has managed various major incidents, like the US Presidential election, as well as elections in Myanmar and the Philippines, and the COVID-19 outbreak.

It’s an interesting look at Meta’s various policy shifts, and how it’s sought to evolve its processes in line with community need. And really, the main purpose of the report is accountability, and ensuring that Meta keeps these principles in mind as it goes about building its business.

In this respect, it’s a good overview of the various challenges the company has faced, and how it’s dealt with each. Which could be a good way to get a feel for what exactly Meta has done, amid persistent criticism of its lack of action.

It’s interesting to consider how we got to this stage, where social networks like Facebook have become so influential, on a global scale, that they need to report their adherence to human rights principles. What was once a trending app among teens has now become one of the most significant connection platforms in the world, and with that comes great responsibility in terms of ensuring users are safe, and that key principles like these are upheld, in all applications.

Meta clearly doesn’t always get this right, but this document provides some valuable insight into the depth of its efforts to address such concerns. 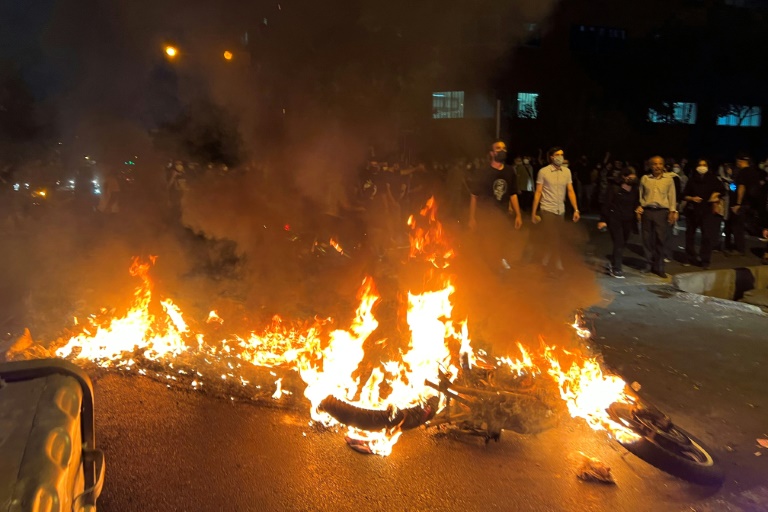 Iranian authorities have imposed tough and targeted restrictions on the use of the internet in a bid to impede protesters gathering and prevent images of crackdowns on their demonstrations reaching the outside world, observers say.

Activists have expressed alarm that the restrictions, also affecting Instagram which until now has remained unblocked in Iran and is hugely popular, could allow the authorities to carry out repression “under the cover of darkness”.

The protests erupted a week ago over the death in Tehran of Mahsa Amini, 22, following her arrest by the notorious morality police. They first erupted in her northern home province of Kurdistan before spreading nationwide.

Internet access monitor Netblocks described the access cuts as the most “severe internet restrictions” in Iran since the deadly crackdown on protests in November 2019, when the country experienced an unprecedented near-complete internet shutdown.

It says that mobile data networks have been cut — although there are signs of a return to connectivity — and there have been severe regional restrictions of access to Instagram and WhatsApp.

“It’s significantly different to what we saw in November 2019. It’s not as near total and complete as it was back then but more sporadic,” said Mahsa Alimardani, senior Iran researcher for freedom of expression group Article 19.

“But there are definitely a lot of disruptions and shutdowns happening,” she told AFP, while emphasising people were still managing to connect to filtered networks through VPNs.

Alimardani said Iranian authorities could be wary of the effect of a total internet shutdown on the economy as well as daily life issues like online medical appointments. They were also falling back on the National Information Network, an autonomous infrastructure Iran wants to develop as a homegrown internet, she said.

She said that the restrictions had “added hurdles” to the publishing of videos of the protests but that they are “still coming out”.

Videos posted on social media have included viral images of kvinnor burning their headscarves and demonstrators tearing down images of the Islamic republic’s leadership, and also security forces firing on protesters.

During Iran’s November 2019 protest wave sparked by a rise in fuel prices, activists argue that the internet shutdown allowed the authorities to carry out bloody repression largely hidden from the world.

Amnesty International says 321 people were killed then but it emphasises this only includes confirmed fatalities and the real toll may be much higher.

The rights group said it was now “gravely concerned about Iranian authorities disrupting access to internet and mobile networks” urging world leaders to take urgent action pressuring Iran “to stop killing and injuring more protesters under the cover of darkness.”

“The government has blocked internet access because it wants to prevent people from sending evidence of the state’s atrocities to the outside world,” he said.

Instagram head Adam Mosseri has expressed concern over the cuts while WhatsApp, which is also owned by social media giant Meta, insisted it was not behind any access cuts and would “do everything in our technical power to maintain our services”.

Secure messaging service Signal confirmed it remained blocked in Iran and encouraged users outside to set up a proxy server to help people connect.

State media reports confirmed that officials had ordered access to the two services to be restricted.

Observers have also noted a regional targeting of the internet cuts, especially in the Kurdistan region where some of the fiercest clashes have taken place.

“Disruptions to the internet are usually part of a larger effort to stifle the free expression and association of the Iranian population, and to curtail ongoing protests,” the UN’s panel of human rights experts said, describing the restrictions as the third such shutdown in Iran within a year.

“State mandated internet disruptions cannot be justified under any circumstances,” they added.