Snapchat added more users, while it also posted a strong revenue result for Q4, as it continues to establish its role as a key connective platform for younger audiences, in alternative to the larger social media players.

First off, on users – Snap added 13 million more daily active users in Q4, taking it up to 319 million overall.

As you can see from this chart, Snap’s overall audience has increased by 20% year-over-year, while it saw its most significant growth in the ‘Rest of the World’ segment, which rose by 10 million users.

Snapchat’s seen particularly good growth in India, as connectivity continues to evolve in the region, which could end up being a big winner for the app.

As a reminder, TikTok had over 200 million Indian users before it was banned in June 2020 due to an ongoing border dispute. Maybe now, Snap is taking up that mantle, and with its own, TikTok-like ‘Spotlight’ feature also gaining traction, that could see its audience continue to rise in the region, helping to boost its overall audience figures.

Indeed, Snapchat also reports that the number of Spotlight viewers going on to subscribe to a Creator more than doubled quarter-over-quarter, a positive sign for the function, while it’s also served as a key tool for promoting Snap’s AR functionality, with over 65% of Spotlight submissions now utilizing one of Snapchat’s AR Lenses or other creative tools.

In this sense, Spotlight is not only working as a TikTok alternative within the app, but also as a means to promote Snap’s broader offerings, which is a big plus in helping to further solidify in-app engagement.

On the revenue front, Snapchat brought in $1.3 billion in revenue in Q4, rising 42% year-over-year.

There are positive signs all round here – and while its revenue per user numbers in the ‘Rest of the World’ category only jumped slightly over the previous Q4 numbers, Snap’s still increasing its revenue intake, in line with user growth.

These are strong signals for Snap’s ongoing business evolution, and its opportunities in new regions. Again, ideally, you would want to see Snap’s ‘Rest of the World’ ARPU up higher than this, but as it continues to add more users, the fact that such growth is not diluting its numbers reflects rising advertiser interest.

Which is also the focus of this chart, which Snap has additionally included as a reflection of its growing potential.

That’s a good summary of Snap’s evolving business focus. Once criticized for not focusing on business opportunities, and even dismissing potential growth in certain markets due to perceived lack of value, Snapchat has now matured a lot, and its structure and systems are more clearly aligned around building a sustainable business model, which offers opportunity both for user engagement and reklam- reach.

A key element of this has been the development of its original Discover content, short-form, TV-like programming that aligns with the viewing habits of younger audiences. With younger viewers less inclined to sit through an entire 30 minute TV show – because they’ve grown up in a world where they can easily flip between inputs as soon as they lose interest –Discover content reflects a paradigm shift in traditional TV consumption, which has significant appeal to Snap’s audience.

“In Q4 2021, 25 different Discover partners each reached over 50 million unique Snapchatters globally. This captures a wide range of genres, from Universal Music’s Rebel Labs, to social publisher Jungle Creations’ livsstil content, Team Whistle’s sports content, and Creator-driven Shows from Jellysmack. We are also introducing more locally relevant partners worldwide. We added more than 160 new channels in the quarter from Discover partners outside of the U.S. and onboarded new partners including Seven.One Entertainment Group in Germany and Canal+ in France.”

Thus far, that appears to be generating strong results, and if Snap can continue to lean into this behaviour, and cater to audience demand and interest, this will remain an important growth avenue for the app.

AR is also a key element of the broader Snap experience, with Snap noting that over 200 million users now engage with AR on Snapchat every day. Snap also reports that users ‘play’ with AR Lenses more than 6 billion times per day, and with the company also developing AR-enabled Spectacles, as the next stage of digital connection, Snap looks set to remain at the forefront of the AR shift moving forward, even as other companies look to muscle in.

Spiegel specifically notes that Snap ‘made significant progress’ with its Spectacles AR glasses in Q4, as it continues to push for a consumer release. I mean, they still look a little sci-fi for my liking (which is why Meta partnered with Ray Ban for its first-run at connected glasses), but a lot could change ahead of the product launch, and with its established production and distribution channels already in place, Snap does look set to be a key player in this race, even up against the virtually endless resources of Apple and Meta, which are also working to bring them to market.

Snap’s big hope on this front lies in partnering with AR creators from the beginning, with a range of experts around the world already developing new experiences for Snap’s AR Spectacles.

“Hundreds of Creators from 30 countries have now developed AR Lenses for Spectacles, overlaying computing on the world in an immersive and interactive way. We have continued to make software improvements and offer new capabilities for developers, including Connected Lenses, which link multiple Spectacles users to participate in the same AR experience together, and Location Triggers, which lets Creators customize Lenses to adapt as they visit specific locations.”

Maybe, be democratizing creation in this way, as opposed to keeping things in-house, Snap will be better placed to include more innovative, responsive AR features at launch, which could give it a leg up on the competition.

And while neither Snap nor Apple have mentioned it, I wouldn’t be surprised to see the two team up to take on Meta with a collaborative AR glasses project.

On another front, Snap’s infrastructure costs remain relatively high, as a percentage of its cost of revenue, due to its reliance on third-party cloud infrastructure, something that’s been problematic for the company in the past. That puts more pressure on Snap to bring in more ad dollars to offset rising costs related to increased usage.

And interestingly, Snap’s also noted a key shift in user behavior, in relation to how users are communicating in the app.

“In Q4 2021, the number of content viewers on Snapchat continued to grow at a significantly faster rate year-over-year than overall time spent watching content, as a decline in time spent watching Stories created by friends was offset by growth in time spent watching premium content in Discover as well as content in Spotlight. This is a continuation of the trend we have observed throughout the pandemic, and friend story posting and viewing per Daily Active User have not returned to pre-pandemic levels.”

More people watching content, but spending less time doing so, while viewing content created by friends is also falling. That could reflect the relative growth of short-form video content, but the reduced engagement among friends is something to keep tabs on moving forward, especially given Snap’s focus on more intimate connection.

Overall, it’s a good report card for Snap, with the numbers showing steady growth in key areas, and reflecting its focus on the right elements for its community. And if it can become a key connective platform in more emerging markets, Snap’s opportunities will continue to grow, facilitating more forms of connection in user communities. 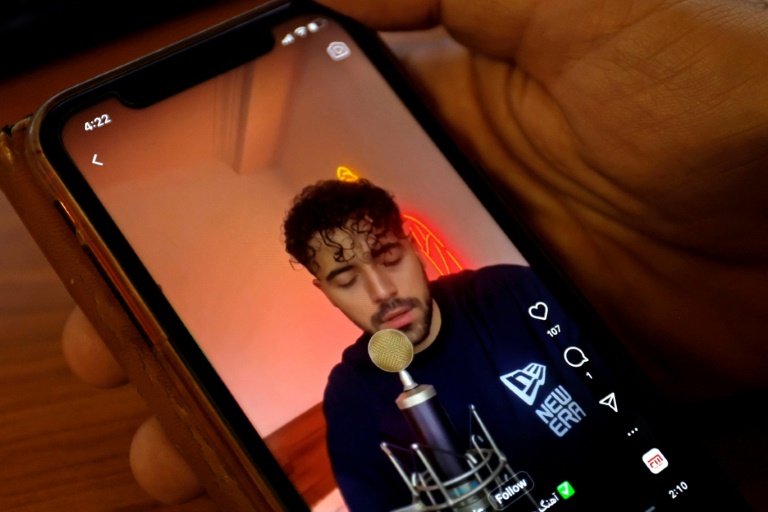