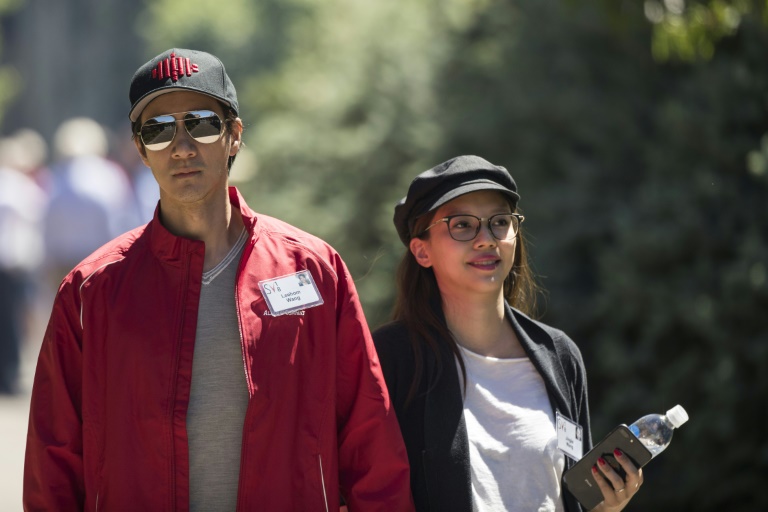 A Taiwanese pop star’s messy divorce has captivated the Chinese-speaking world with the allegations triggering debate on misogyny and abusive marriages in China, where social media discussion of kvinnor’s rights is increasingly tightly controlled.

It has also triggered none of the Chinese mainland’s censorship that kicked in when tennis star Peng Shuai alleged she had been sexually assaulted by a senior Communist Party official last month.

Lee’s anguished posts about her imploding marriage to Wang — one of Mandopop’s most recognisable crooners — have struck a chord with many kvinnor who empathised with her detailed accounts of alleged mistreatment.

Lee then posted a 5,000-word letter alleging Wang’s emotional abuse and serial infidelity during the course of their eight-year marriage, demolishing his previously squeaky-clean image.

She also accused Wang of seeing sex workers and repeatedly cheating on her while she raised their three children at the expense of her career.

“One of the reasons I decided to speak out was because I don’t want any more kvinnor to experience the same things I did,” Lee wrote in a Weibo post that gained over 12 million likes.

Wang denied allegations of cheating and accused Lee of coercing him into marriage in a separate Weibo statement as his father also waded into the spat, sparking threats of legal action.

The saga took yet another turn early Monday morning when Lee accused Wang of gaslighting her, with the search term “gaslighting” trending in China, Hong Kong and Taiwan.

Wang finally apologised in a Monday Weibo post in which he said he took “all responsibility” and announced a temporary break from the music industry.

Chinese-speaking users have largely thrown their support behind Lee — giving her the nickname “Thor”, a phonetic pun on her name that invokes the beloved Marvel superhero and fearsome Norse god of thunder.

Multiple brands also dropped Wang, who is believed to have left China.

And the allegations triggered debate on misogyny and abusive marriages in China, where social media discussion of women’s rights is increasingly tightly controlled.

“If more women dare to expose their wounds through speaking out instead of tolerating them, there would be less misogyny in society,” a feminist blogger wrote in a viral WeChat essay titled: “Thank you Lee Jinglei for making society a bit less misogynistic”.

“Women’s speech and their right to public opinion are of vital importance. (Lee Jinglei) finally took a courageous first step,” said a feminist campaigner in Beijing who wished to remain anonymous.

Hers is the highest-profile allegation from China’s fledgling #MeToo movement, which has been heavily suppressed by domestic authorities but received significant international attention.

After weeks of no word, Peng resurfaced in a series of highly stage-managed public appearances, denying ever making a sexual assault claim.

But the Women’s Tennis Association said it still had “significant concerns” about her “well-being and ability to communicate without censorship or coercion”.

Wang’s divorce comes as Chinese authorities carry out a wide-ranging morality crackdown on the entertainment industry. And the public spat has not escaped the notice of the Communist Party’s disciplinary watchdog.

“The example of ‘celebrity trainwrecks’ repeatedly demonstrates that people pay attention to public figures’ every word and deed, and each create an impact on society,” the Central Committee for Discipline Inspection said Sunday.

Over the summer several Chinese celebrities have been publicly disgraced and blacklisted from the industry over “immoral” conduct.

Chinese-Canadian singer Kris Wu was charged with rape by Beijing police in August, while actress Zheng Shuang was hit with a $46 million fine for tax evasion the same month.

Chinese President Xi Jinping emphasised at an arts symposium earlier this month that performers should strive for “moral integrity”, while several government arts and internet regulatory bodies have issued orders to “resist illegal and unethical artists”.