TikTok on Monday said it will start letting some popular accounts at the video-snippet streaming service charge subscriptions for live streams.

Similar money-making tools have been added to rivals such as Instagram and Facebook as the social media platforms compete for online personalities that attract audiences.

“LIVE Subscription is an extension of our efforts to build diversified creator monetization opportunities that suit a range of creator needs,” TikTok said in a blog post.

TikTok said the subscription feature being introduced this week will only be available to creators by invitation for now but will be expanded globally in coming months. The company did not disclose pricing.

Creators will be able to switch into a chat mode exclusive to subscribers, “enhancing an even more personal connection between creator and viewer,” the company said.

To access the LIVE Subscription feature, creators will need to be at least 18 years old, while users will have to be at least the same age to subscribe, TikTok said in the post.

Subscriber perks will include digital badges and, in some cases, the ability to control camera angles during streamed sessions, according to video clips posts by TikTok creators invited to take part.

TikTok early this month announced an ad revenue-sharing program with the social media platform’s most prominent creators, moving closer to a model already used by its competitors.

The short-video format app has become wildly popular in recent years with more than a billion active users globally, but has been criticized for not providing a way for creators to effectively monetize content.

Under a TikTok Pulse program to be rolled out in the United States next month, companies can place their ads next to user content in specific categories and creators will get a cut.

“We will begin exploring our first reklam- revenue share program with creators, public figures and media publishers,” the company, a subsidiary of Chinese tech firm ByteDance, said in a statement.

Other major social networks that focus on video, such as YouTube, Instagram and Snapchat, have already implemented revenue-sharing systems.

Could Snapchat’s Profit Warning Make it a Takeover Target? 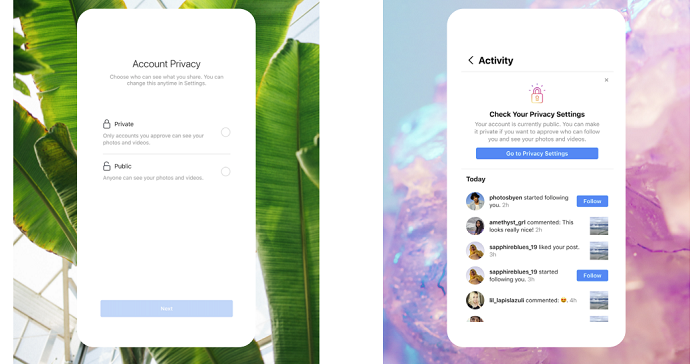 With students returning to school, Instagram has shared an updated version of its Parents’ Guide, which provides a full overview of the app’s various privacy and control features, along with notes to help parents provide support and guidance for their kids in the app.

Which may well be critically important – as Instagram explains:

"Some adults make a distinction between teens’ social media lives and their “real lives.” But in reality, the two are closely intertwined. Instagram and other social media apps are where they express themselves, hang out with friends, explore ideas, grow and learn. Like all human interaction, there will be times of joy, kindness and compassion. There will also be moments of drama and anxiety — not necessarily because of the technology, but because that’s the nature of relationships, online and off.”

‘Not necessarily’ because of the technology, but often exacerbated by such.

Indeed, various reports have highlighted the dangers of Instagram, in particular, for teen users, and with new school pressures adding to this, it may be worth downloading and looking through the guide, which is available in 40 regional variations, including different languages.

The guide provides a full overview of Instagram’s various privacy and account safety options and how they work.

As well as details on how users can limit who they share their updates with in the app.

There’s also a section on DM safety, a key area of concern for youngsters.

And tips on how to guide more positive interactions:

Finally, Instagram also provides notes on how to talk about online safety with kids, which could help to open up lines of communication within your family.

There are some valuable and important notes here, and again, with kids now getting back into school life, and readjusting to new norms, now may be the best time to learn about the various tools and functions available to assist.

You can download a local version of Instagram’s Parents’ Guide här.