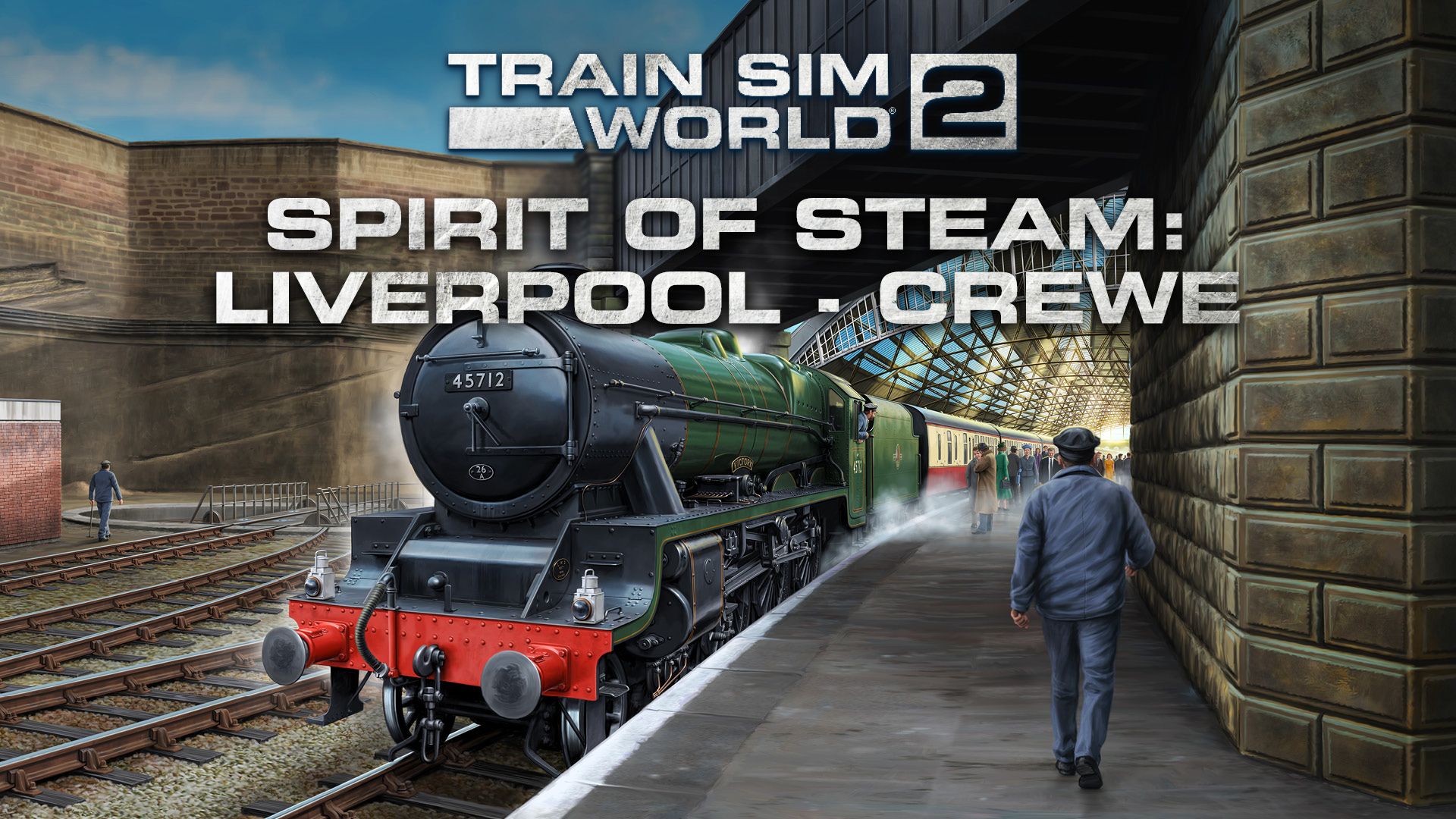 The raw power of some of British Railway’s most iconic locomotives is in your hands, you will experience the soot, sounds, and joy of the romantic steam era. Stepping back into the 1950s, you are transported into the industrial Northwest of England with Spirit of Steam: Liverpool Lime Street – Crewe, out now for Train Sim World 2 for Xbox One and Series X|S.

For the first time in Train Sim World history, you will be able to master steam locomotives and discover the unique experience of stepping onto the footplate of classic steam engines. Master the art of steam operation, as you learn to balance boiler pressure to keep these classic powerful machines running. Learn the finesse and rhythm of each locomotive to determine your speed and keep to the timetable, with no modern comforts to rely on, the only safety system is your wit!

Spirit of Steam immerses you in the middle of the British Railways steam era. Take control of the famous LMS Jubilee Class locomotive, resplendent in nostalgic BR Brunswick Green livery, adorned with BR’s late crest. Carry passengers on a journey of a lifetime along the West Coast Main Line, over the Runcorn Railway Bridge and right into the heart of Merseyside with this express 4-6-0. Additionally, be in charge the hard-working LMS Stanier 8F Class locomotive, its rugged BR Late Black guise and 2-8-0 wheel configuration better suited to hauling lower speed, heavy freight trains.

Step Back in Time

Step back into 1950s Britain and discover the soot and sounds of the romantic steam era. Working hard on busy passenger and freight services through historic Merseyside and Cheshire you can look forward to an entirely new simulation experience.

To achieve an authentic 1950s recreation of the 36-mile (58 km) route from Liverpool Lime Street to Crewe, we used countless references including the National Library of Scotland’s Historic OS map collection, railway photographic archives, old postcards, and much more. As well as historic locomotives, wagons and buildings, Spirit of Steam also features a recreation of the complex signalling system and historically accurate LNWR signal boxes that were built along the line.

Spirit of Steam features authentic and detailed audio from the real locomotives. Our team visited Great Central Railway where they were able to get hands-on to capture audio that could be replicated in-game to bring the feeling of driving a steam locomotive to life.

Spirit of Steam brings is available now for Train Sim World 2, discover a new simulation experience on the Xbox Store.

Step back in time and take control of the famous LMS Jubilee Class. Carry passengers on a journey of a lifetime along the West Coast Main Line, over the Runcorn Bridge and right into the heart of Merseyside. Additionally, be in charge the hard-working LMS Stanier 8F Class on heavy freight trains.

Master the art of steam simulation and take on the challenge of the 1950s – with no modern comforts to rely on, the only safety system is your wit! Learn the finesse and rhythm of each locomotive to determine your speed and keep to the timetable.

Drive trains, ride around as a passenger or in the guard’s van, complete the route tasks, or simply pick a vantage point and watch the action unfold. Create your own experiences with the Scenario Planner and Livery Designer and share them with Creators Club.

The evolution of train simulation! Master iconic locomotives and get creative with customisation tools in this advanced sequel.

AUTHENTIC ROUTES – Feel the thrill of high-speed German rail with the famous DB ICE 3M out of Köln, take the challenge of long freight on Sand Patch Grade in the CSX AC4400CW, and master the complex London Underground on the Bakerloo Line.

NEW CREATORS CLUB – Get creative adding a personal touch to your experience with easy to use tools. Craft custom liveries and scenarios then share them with other players.

IMMERSIVE SIMULATION – Get clear information on instructions, gradient and more as you drive with a new immersive interface and controls. Climb into the cab in Train Sim World 2.

Advertisement
Related Topics:ExperienceFootplateLifeSimSpiritSteamTrainWorld
Up Next

Destiny 2: Season of the Haunted Begins