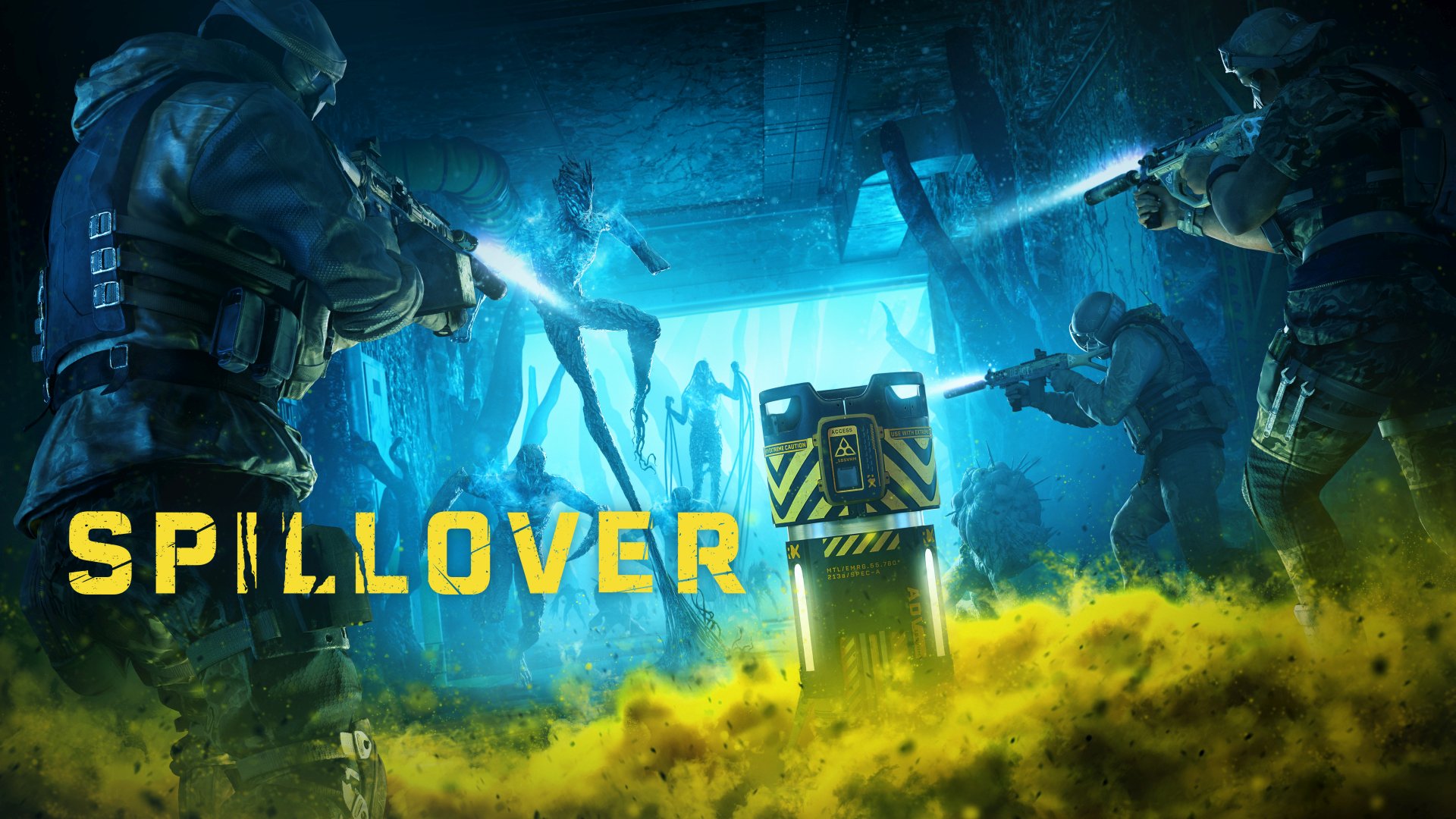 Just when you thought you had a handle on the Archaean threat, Rainbow Six Extraction’s first Crisis Event arrives to throw a new challenge your way: Spillover, a limited-time mode that is free for all players and available to play now with Game Pass on Xbox Series X|S, Xbox One, and PC. Faced with an evolved form of Sprawl that has covered an entire containment area, the Operators of REACT must plant canisters at strategic locations and defend them against onslaughts of enemies. Whether they are elites, cloaked, or covered in Blinding Spores, these foes won’t let up; fortunately, a powerful new piece of REACT tech, the Auto Turret, is available to unlock, and a new Operator has joined the crew to add some extra firepower.

Zofia, known as an explosive attacking force in Rainbow Six Siege, is now playable for free in Rainbow Six Extraction. She brings her KS79 Lifeline, a launcher that fires both stun and impact grenades to help you exert control over the battlefield. She is also resilient to all blinding effects and can revive herself, making her a stalwart ally when things get a little too spicy.

This new Operator is here to stay, but the Spillover event isn’t, so you’ll want to get cracking on the special event-specific Studies to unlock some juicy rewards. The Desert Kingsnake outfit, as well as a weapon charm and skin, can be earned by completing specific objectives in the mode, but don’t lose sight of the crown jewel of event rewards: the Auto Turret. Deploy this beauty in the field and it will watch over your flank with a laser sight and deadly firepower. Reposition it as you move through the incursion and keep its ammunition topped up by seeking out REACT Tech supply boxes.

This is one reward you do not want to miss, so fire up Rainbow Six Extraction today, team up with some friends to fight the Spillover, and see just what kind of impact Zofia can make.

Welcome to Next Week on Xbox! In this weekly feature we cover all the games coming soon to Xbox Series X|S, Xbox One, Windows PC, and Game Pass! Get more details on these upcoming games below and click their profiles for further info (release dates subject to change). Let’s jump in!

A lone pilot, far from home, must navigate an abstract universe of uncharted planets and space stations guarded by mysterious, hostile aliens. Complete missions in each solar system, navigating a variety of challenging environments, each with varying levels of gravity that will test your skills as a pilot.

A retro-inspired horror game set in an old arcade where a mysterious arcade machine called Janitor pulls you to play itself, releasing a horrible force upon you. The only way to survive is to go deeper into the arcade and keep playing, but the further you go, the more the events of the arcade game start to influence the real world. When your eyes are glued to the screen, who knows what is happening right behind your back?

Control your own Razore City denizen as you are tasked by the mysterious Shōkan Corp to investigate numerous bizarre happenings around the city and track down the mastermind behind it all, the strange girl in the fox mask, in this RPG adventure. Venture through the city, discovering twisted locations whilst levelling up your team of misfits to eventually take on Hell itself!

The classic word wheel puzzle goes digital! Find as many words as you can from the letters shown, always using the middle letter! There are 120 puzzles to solve and 120 groan-worthy jokes to reveal! Up to four can play! Connect extra controllers to solve the puzzle as a team, or see who can find the most words.

Fight for your freedom in a sprawling fantasy world caught between the dead and the living. Hone your skills as a Scout, Caster, or Archer in a retro epic featuring puzzle platforming, metroidvania exploration and crunchy soulslike combat.

Show your reflexes and reach the Surface! Surface Rush is an arcade style, skill-based game, where you must throw Pumpum and make him bounce through the ocean bottom. Explore 132 levels full of traps, find the hidden stars, and challenge your friends.

QUByte Classics: Jim Power: The Lost Dimension by Piko is a classic action-adventure platformer that brings the special agent Jim Power, to save our planet from the supernatural alien, Vaprak. His forces are too strong, a direct attack would not be effective and that’s why Jim Power has to slip through the defenses and attempt to stop this threat.

Pick one of six metalheads and shred your friends (or NPCs). Throw metal shards or dash into enemies to become the last one standing.

A challenging platformer in which you face a relentless gauntlet of ten-second deathtrap rooms in a desperate struggle to escape your fate and uncover the truth! Collect tokens, purchase upgrades, and learn how to overcome each floor’s onslaught of saw blades, cannon fire, lasers, bizarre monsters and more.

Unexplored 2: The Wayfarer’s Legacy is a challenging roguelite RPG, with a table-top ‘feel’, a node-based open world & cool twist on permadeath.