Following on from Instagram’s addition of the capacity to reply to a comment with a Reels video clip, Pinterest has today announced that users can reply to Pin comments with an Idea Pin video, providing similar functionality.

As shown in the above example, now, if you want to add a visual element to your Pin comment reply, you can tap on the three dots menu next to any comment, which will give you an option to ‘Reply with new Idea Pin’. That will then open up the full-screen Idea Pin composer, so you can add more context to your response.

The idea for video replies was sparked by TikTok, which added a video reply option in May last year. And given the increasing engagement with short-form video, it makes sense for Pinterest to align with the trend, and provide more ways for people to use video for engagement and interaction wherever they can.

Pinterest also added Idea Pin Takes back in October, which provide similar capability, though that option is more aligned with enabling users to share their experiences in response to an idea, as opposed to replying to specific elements.

And for brands on Pinterest, Idea Pin replies could be a significant consideration, with the capacity to add explainer videos, personalized video replies to comments, product promos, etc.

There’s a range of ways in which the feature could be used, and as Pinterest moves further and further into video engagement, it provides another way to lean into usage trends, and enhance connection with Pinners. 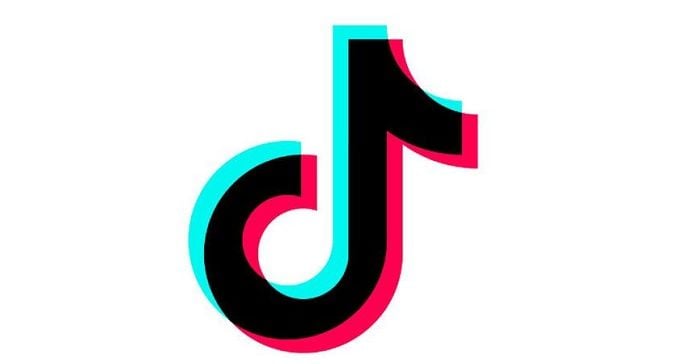 TikTok is facing yet another legal challenge in the US, with the State of Indiana filing a lawsuit that accuses TikTok and parent company ByteDance of violating the state’s consumer protection laws, and in particular, failing to safeguard young people and privacy.

As reported by BBC:

“Indiana filed two lawsuits on Wednesday. The first one claims the app exposes young users to inappropriate content. In the other complaint, [Indiana] also alleges TikTok does not disclose the Chinese government’s potential to access sensitive consumer information.”

Described in court documents as ‘a wolf in sheep’s clothing’, the suit alleges that TikTok ‘deceives and misleads’ consumers about the risks to their data, while also exposing youngsters to ‘a variety of inappropriate content’.

TikTok’s faced similar challenges around the world, and has even been banned for periods in other nations due to perceived promotion of harmful content. Recent reports about harmful challenges have also heightened concerns on this front. A Bloomberg investigation highlighted at least 10 cases of underage users dying after attempting dangerous trends like ‘The Blackout Challenge’.

And this is an aside from the broader concerns about data privacy, which the app remains under CFIUS investigation for, as US politicians continue to debate whether or not the Chinese-owned app should be allowed to continue to operate within the US.

It still feels like it would take a significant escalation for the app banned outright, but that remains a possibility, and with various high-profile security officials also sounding the alarm, the pressure remains high on TikTok, with the threat of total removal from the US, and likely other markets in-turn, looming at all times.

Last month, FBI Director Chris Wray stated that, in his view, TikTok poses a threat to national security, joining FCC Commissioner Brendan Carr and Republican senator Josh Hawley in voicing their concerns about the app and its data gathering processes. Republican Senators, in particular, have continued to raise queries about the app, as the Biden Administration oversees its long-running review of the platform, which has experienced repeated delays and setbacks, and is now, reportedly, unlikely to be completed by its original end of the year timeframe.

But it could, eventually, recommend the removal of TikTok in the US.

For its part, TikTok says that it remains confident that it will be able to address all US concerns about its data security, via a new deal with Oracle to store US user data in the US. But with the company recently noting that European user data can still be accessed by China-based staff, the concerns remain high, and could easily rise even further, dependent on overall US/China relations.

So how are relations between the two superpowers going?

Just looking at headlines from the past week, there are reports of a potential defense partnership between China and Saudi Arabia, ongoing tensions over Chinese military activations in the South China Sea, and the US increasing its military presence in Australia due to concerns about Chinese escalation.

All of these are issues that could lead to further tension between China and the US. But they might not – and while the two nations are working to establish more beneficial, equitable and peaceful ties, that bodes well for TikTok, as there’s no significant increase in public pressure to take action against the app.

But again, things can change very quickly, and with so many security experts flagging concerns about the app, along with the issues related to underage exposure, there’s clearly a level of underlying concern, that could bubble up at any time.

And when you also consider TikTok’s growing influence – the app now has over a billion users, and is increasingly being used as a search engine and a news source, especially among young audiences – those questions are valid, and should be posed before it’s too late.

The influence of Russian activists on Facebook was only ever analyzed in retrospect. Those calling for action on TikTok are warning that we need to be proactive on such this time around.