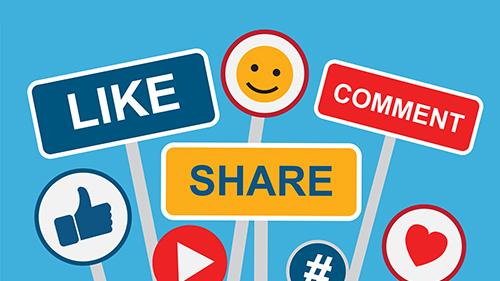 ALEXANDRIA, Va. — Two family-run convenience retail businesses — one a single-store operator, the other a chain — have social media success commonalities that they learned through trial and error.

Anthony Perrine, president of single-store Lou Perrine’s Gas and Groceries, which has been in business for 60-plus years in Kenosha, Wis., and Ariel Rubin, director of communications for Des Moines, Iowa-based Kum & Go LC, with 400 stores in 11 states, shared their different-in-details, but similar-in-theory social media stories during the recent NACS Crack the Code Experience.

Perrine said it took him about three years to get well-known in Kenosha on social media, trying out all the different platforms (Facebook, Instagram, TikTok, etc.) and many different scenarios.

What first stuck with his audience was when he transformed himself into a social media “persona,” simply by donning sunglasses and one of his store’s hats backwards, and boasting out his name, “It’s your boy, Anthony Perrine…” and doing a “schtick like the ShamWow guy,” he relayed.

Then, two years ago, fate intervened. A thief, determined by Perrine not to be an employee or customer of the store, robbed the hotel next door to Lou Perrine’s and was caught on camera wearing one of the store’s hoodies, where it was written on the back: I (Heart) HO HO CAKE.

Local news anchors started making a joke on the air, “What’s a Ho Ho Cake?” So, Perrine took to Twitter to explain. Mama P’s Ho Ho Cake was created by Perrine mother for his eighth birthday; it’s a chocolate cake with a white cream middle layer, topped with fudge frosting. It’s become an icon of the store.

Working with local authorities, Perrine offered a “sweet reward” for whoever could turn the bandit in — free Ho Ho Cake for a year. The story went viral, “and the rest is history,” he recalled. “That’s how we came to social media fame in southeast Wisconsin.”

The way Perrine sees it, social media is just telling a story and, unlike other forms of media, you get to interact with your customer while doing it. “It’s not about being super creative, it’s about reusing what’s out there,” he said. “Everything we do has to fit what we’re doing and what we’re about. It’s also about being culturally relevant and edgy, being fun and informative. It’s a constant bombardment on social media to stay on top of their mind. We try to create ourselves as a unique destination of a place.”

Case in point: For the store’s 64th birthday, Perrine dreamed up an idea with his friend who owns a tattoo shop. For the first 50 people who got a tattoo of a Ho Ho Cake or the store’s logo, Perrine’s would pay for the tattoo and give the tattooed customer a free Ho Ho Cake every time they came into the store.

“I thought it would be a bust. I thought people would say I’m silly,” said Perrine.

But on 5 a.m. the Monday of the promotion, he received a call from his tattoo-parlor friend who told him, “You’ve got to get here, cars are lined up everywhere.”

Because 150 people showed up, Perrine extended the promotion to the first 100 people.

“I’m a big brand guy and I consider this a success because you don’t see a lot of people with Sam’s Club logos tattooed on them or Kwik Trip,” he said.

Learning From Your Mistakes

Perrine admits that he sometimes has a tendency to “go a little bit too far,” but says he has learned great lessons from his mistakes.

For instance, at Christmastime, he came up with the “25 Days of Christmas” promotion featuring Little Lou, the naughty elf. “I had a genius idea for World Orgasm Day, December 22. I decided to get elfy to promote condoms and promote the day,” Perrine said. “It went well everywhere but Facebook; a group of Catholics were offended and came after me. It became a war on social media.”

He immediately reacted by responding publicly to the complaints even though he left the image up. He reached out personally to the woman who spearheaded the protest, inviting her to meet with him on Christmas Eve, which she did.

“I gave her the time of day. I told her I was sorry and didn’t mean to be offensive, and that I wasn’t going to take the post down, but I’d listen to her and would take down the posts from people who criticized her,” said Perrine. “And of course, I gave her Ho Ho Cake. Now, she comes in all the time as a customer.”

Moving forward, Perrine said he’s vowed to “run everything through my wife and manager first.”

Where the Conversation Is Happening

At Kum & Go, social media is now “where the conversation is happening,” according to Rubin.

“It’s a fascinating space to really engage with customers,” he said. “You can put anything on there and find out immediately what’s working and what’s not.”

Until recently, Kum & Go didn’t have a real voice on social media; the retailer merely used the platforms for marketing and advertising. But in 2019, Rubin said they went in a different direction, using A/B testing and then in 2020, they “ran with it,” partly in the form of merchandise giveaways.

“I can’t express enough how merch takes the online experience offline and lets people own a piece of what you do,” he said, noting that these giveaways are in the form of low-cost backpacks, fanny packs, sunglasses and visors. “You get people to advertise your business for free.”

The company also decided to use social media as a way to “stand up” in a difficult year. “Culture is happening every day and we want to put Kum & Go at the center of cultural moments,” said Rubin. “It’s the job of a good social media professional or team to insert your brand into that conversation.”

The NACS Crack the Code Experience was a five-week digital event that brought together convenience store industry retailers and suppliers virtually in lieu of an in-person NACS Show this year. It ran from early November to early December.

TikTok is being used by vape sellers marketing to teens