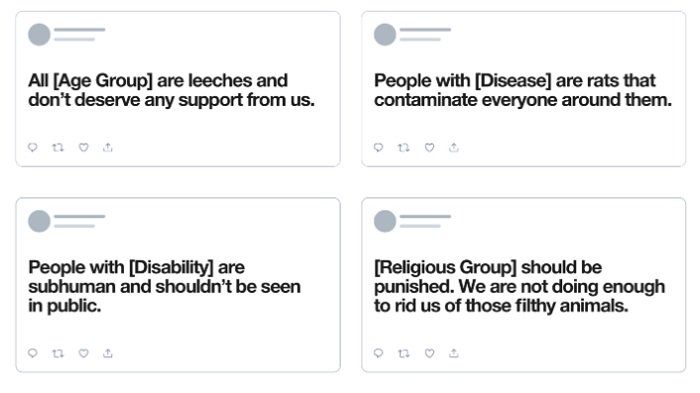 Twitter has this week issued an update to its rules around hateful conduct, which it first launched last year.

The rules are designed to help keep Twitter conversations more civil, and set clear parameters around acceptable behavior on the platform.

“As a result, of months of conversations and feedback from the public and conversations with both internal and, external experts, and our own teams, in July 2019, we expanded our rules against hateful conduct to include language that dehumanizes others on the basis of religion. Today, we are further expanding this rule to include language that dehumanizes on the basis of age, disability or disease.” 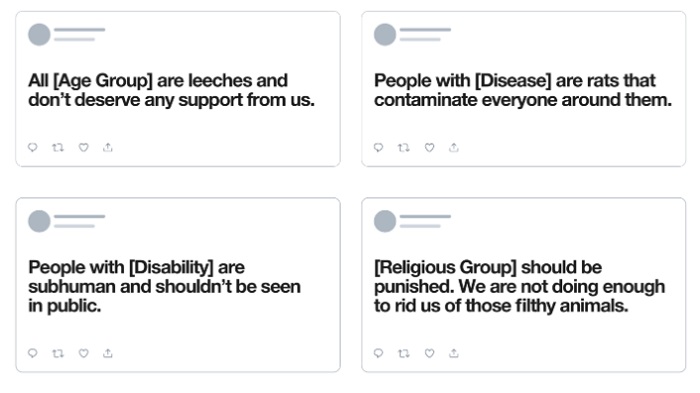 In essence, the new rules mean that tweets like the above will be removed when reported from now on – though, initially, the accounts who tweeted them won’t be suspended, as they would have done so before the rules were put in place.

It’ll be interesting to see how Twitter actually enforces such. Setting a rule is one thing, but the difficulty in areas like this is that it’s not always so clear cut, and there will be instances where people feel like they are being targeted due to one of these reasons where that wasn’t the tweeter’s intent.

Now, granted, the chances of this tweet being reported in the first place are not very high – but does this ‘dehumanize’ older people? I don’t think it does, but the definition is not so clear as to what that means. If someone were to be offended by this, they could argue that it does, in fact, fall into Twitter’s definition of hateful conduct, and theoretically, it could be subject to removal.

That would be a bit over the top, but it’s an example of how rules like this, which are intended to protect people from harm, can be misinterpreted. And with Twitter working to clear up any gray areas in its rulings, these new parameters might not actually help beyond the platform’s existing rules and policies.

Worth noting, too, that rulings on such cases require human intervention – i.e. more labor time. Twitter recently warned the market that, over the next year, it’s planning to increase its headcount and expenses by 20% in order to cover additional costs like this. Which, if it’s required, makes sense, and Twitter is seeing higher engagement as a result of its efforts to clean up the platform, which these measures add to. But it still seems potentially problematic. Twitter’s intent is worthy, and it should be looking to improve on this front. But the lack of definitive guidelines could come back to bite it in some respects.

The true tale will play out in Twitter’s actions – the new rules go into effect from this week.