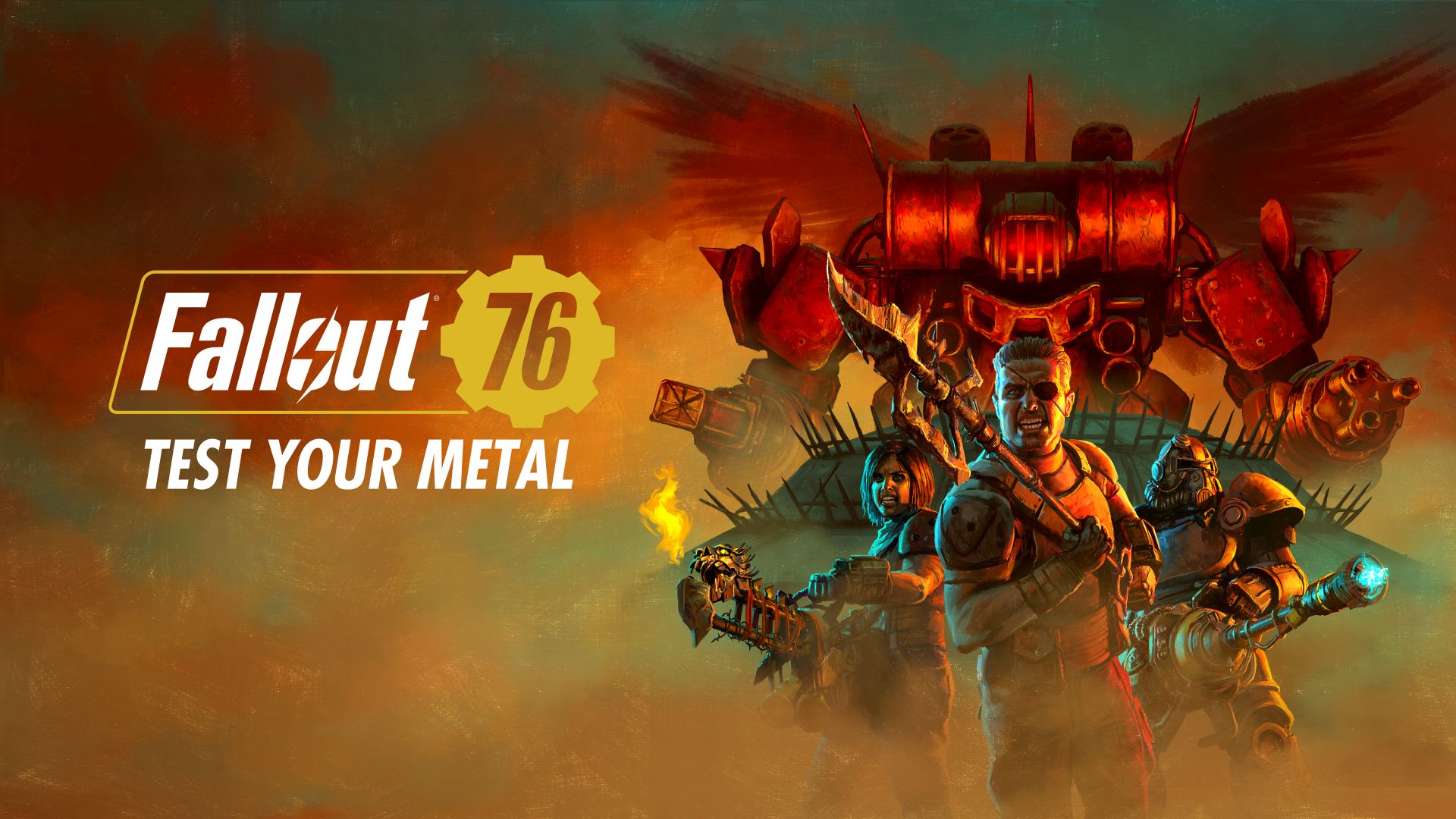 There are new goings-on over in Appalachia with the latest update to Fallout 76! Join your squad in not one, not two, but three new Public Events, plus take a dive into the unknown with Fallout 76’s ninth Season, Heart of Steel: A Dread Island Tale. That’s not all! This update also adds corpse highlighting and even enhancements to the scoreboard for Fallout 1st members.

Team and set out on three new Public Events, each filled with new challenges to overcome — and the rewards that come with! In Test Your Metal, join the Brotherhood of Steel as they tackle a Blood Eagle faction constructing a colosseum full of  rampaging robots

In Moonshine Jamboree, Appalachia has run out of its favorite moonshine just before one of its biggest parties! Help Moonshiner Ned make some more Mire Magic Moonshine by helping collect its most distinct – and dangerous – ingredient: Acidic Gulper Venom.

The Settlers’ newest outpost is overrun by Super Mutants! They have put out a request to evict these Super Mutants and defend their Rad Scrubber, an invention that cleans the area’s radiation! In Eviction Notice, players will face off against an overwhelming Super Mutant counterattack who have zero interest in giving up their new home.

Heart of Steel: A Dread Island Tale and More

Ready to rack up some S.C.O.R.E.? A new Season arrives with this new Fallout 76 update. Take a trip to a distant isle of the unknown and uncover secrets (and new rewards) in Season 9, Heart of Steel: A Dread Island Tale.

Speaking of Seasons, Fallout 1st members can enjoy special enhancements as part of their membership, with active members receiving bonus challenges, additional rank-up rewards and even a stacking S.C.O.R.E. bonus of up to 25% as they make their way through Dread Island!

We’ve also got something a lot of you Vault Dwellers have been asking for: corpse highlighting! Keep track of the foes you’ve taken down and don’t miss out on looting that Legendary enemy in the bushes with this new feature, available now to all players! Players can set their preferences for corpse highlighting in the Settings menu of the game.

Whether you’re itching to beat up some bots or discover what awaits on Dread Island, we can’t wait to see you on your next trip to Appalachia. Learn more about this update and more Fallout 76 news by heading over to fallout.com and following Fallout on Twitter and Facebook. Fallout 76 is available now on Xbox, PC and Xbox Game Pass.

Bethesda Game Studios, the award-winning creators of Skyrim and Fallout 4, welcome you to Fallout 76. Twenty-five years after the bombs fall, you and your fellow Vault Dwellers—chosen from the nation’s best and brightest – emerge into post-nuclear America on Reclamation Day, 2102. Play solo or join together as you explore, quest, build, and triumph against the wasteland’s greatest threats. Explore a vast wasteland, devastated by nuclear war, in this open-world multiplayer addition to the Fallout story. Experience the largest, most dynamic world ever created in the legendary Fallout universe.

Immersive Questlines and Engaging Characters
Uncover the secrets of West Virginia by playing through an immersive main quest, starting from the moment you leave Vault 76. Befriend or betray new neighbors who have come to rebuild, and experience Appalachia through the eyes of its residents.

Seasonal Scoreboard
Progress through a season with a completely free set of rewards like consumables, C.A.M.P. items and more, by completing limited-time challenges.

Multiplayer Roleplaying
Create your character with the S.P.E.C.I.A.L system and forge your own path and reputation in a new and untamed wasteland with hundreds of locations. Whether you journey alone or with friends, a new and unique Fallout adventure awaits.

Mountain Splendorland
The story lives and breathes through the world of Fallout 76, which brings to life six distinct West Virginia regions. From the forests of Appalachia to the noxious crimson expanses of the Cranberry Bog, each area offers its own risks and rewards.

A New American Dream
Use the all-new Construction and Assembly Mobile Platform (C.A.M.P.) to build and craft anywhere in the world. Your C.A.M.P. will provide much-needed shelter, supplies, and safety. You can even set up shop to trade goods with other survivors.

Fallout Worlds
Play unique adventures in Appalachia with Fallout Worlds, which is an evolving set of features that give players the capability to play Fallout 76 in unique ways with customizable settings.