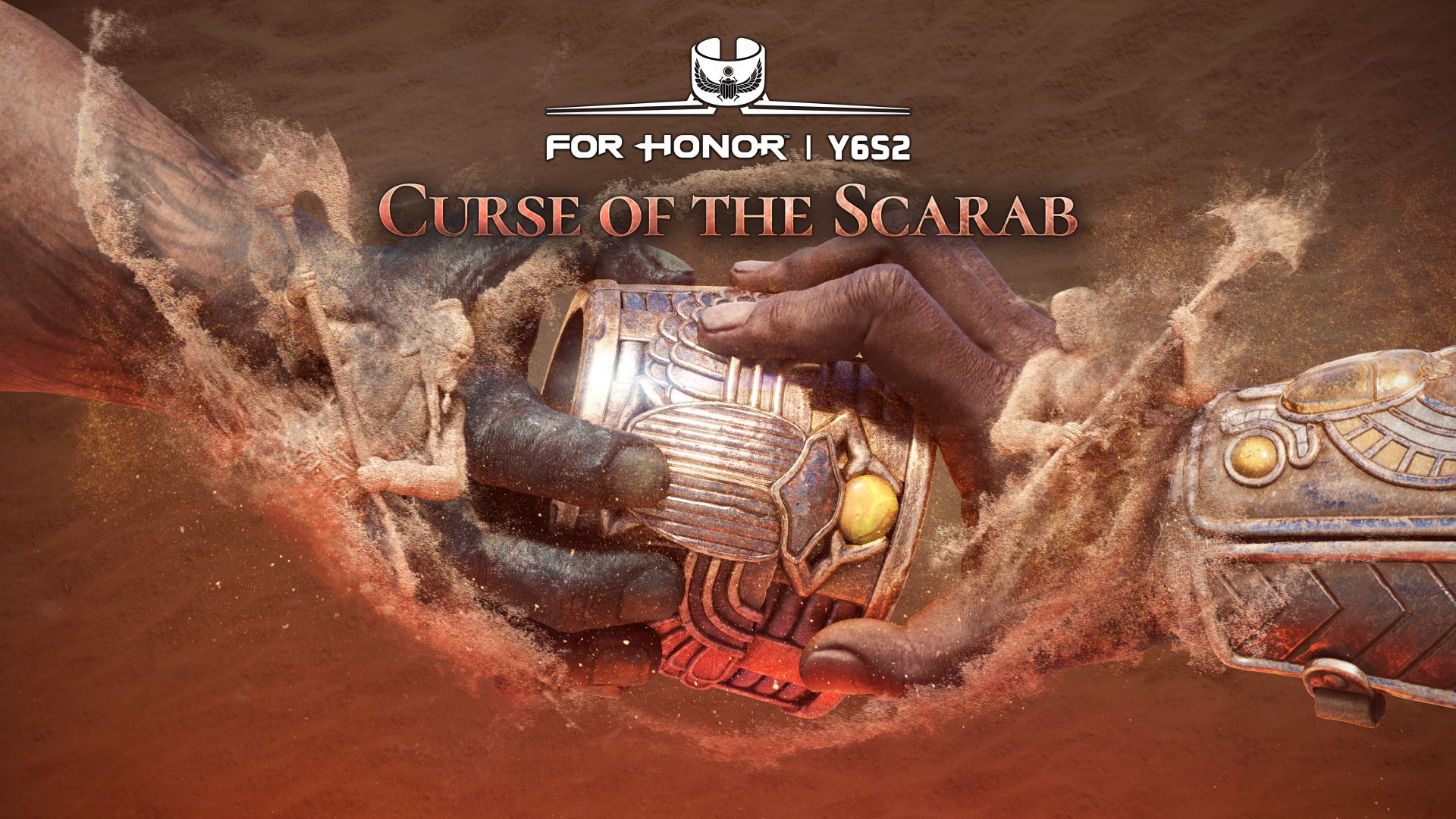 For Honor Year 6 Season 2, Curse of the Scarab, is live on Xbox today. Inspired by Egyptian mythology, the new Season introduces a new Hero Skin for the Raider, a new Battle Pass and Battle Bundle, and the Justice of the Pharaohs event.

The titular curse comes when Bolthorn, in an attempt to save his people, misuses stolen relics and unleashes a curse upon Heathmoor. As a result, the Season’s maps will feature environmental changes that reflect the severity of the curse. A three-part story, “Sands of Ruin,” will reveal Bolthorn’s motivations, with part one releasing online on June 17. The new seasonal event, Justice of the Pharaohs, is a twist on the classic Dominion mode, and brings lootable weapons, a free event pass, and new orders. The game mode takes place on a cursed-looking Riverfort map from June 16 to July 7.

Curse of the Scarab also introduces a new 100-tier Battle Pass with tons of season-themed rewards, as well as the Battle Bundle, which automatically unlocks the first 25 tiers of the Battle Pass, both of which are purchasable on the Microsoft Store. Finally, the new Hero skin, Bolthorn the Cursed, will be available on June 16.

Heathmoor’s curse may be around for the foreseeable future, but the Justice of the Pharaohs event won’t be. Jump into For Honor now to take advantage of the free event pass. For Honor is also available to play today with Xbox Game Pass.

What horror has been unleashed on Heathmoor? Discover the secrets of the Scarab Bracelet with the Y6S2 Battle Pass that gives you access to 100 tiers of rewards.

This Battle Pass includes the following rewards for all 30 heroes:

The For Honor® Y6S2 Battle Pass offer does not add any new benefits to the game if you already own the Y6S2 Battle Bundle.

This Y6S2 Battle Pass is available until September 13, 2022, and is not eligible for refund.

This game leverages Smart Delivery allowing access to both the Xbox One title and the Xbox Series X|S title.

What horror has been unleashed on Heathmoor? Discover the secrets of the Scarab Bracelet with the Y6S2 Battle Bundle, which gives you access to 100 tiers of rewards and unlocks the next 25 tiers of progression.

This Battle Bundle includes the following rewards for all 30 heroes:

– Instantly unlock the next 25 tiers in your current progression.
– One execution, weapon set, and podium (per hero).
– Two battle outfits and effects (per hero).
– Various customization elements.
– A 10% bonus in battle points earned through completed matches.
– And more!

The For Honor Y6S2 Battle Bundle is available until September 13, 2022, and is not eligible for refund.

This game leverages Smart Delivery allowing access to both the Xbox One title and the Xbox Series X|S title.

This game is optimized for next-gen (4K Resolution for Xbox Series X / 1080p for Xbox Series S). Cross-save is available: your profile, progression, including all purchases and inventory, is automatically shared.

Discover For Honor®, a groundbreaking melee action game developed by Ubisoft Montreal in collaboration with other Ubisoft studios.

UNIQUE WARRIORS
Choose your warrior from the Knights, the Vikings, and the Samurai.

PLAY ALONE OR WITH FRIENDS
Choose from offline single-player campaign or online multiplayer.

INNOVATIVE ART OF BATTLE CONTROL SYSTEM
Wield the weight of your weapon, and feel the power of every strike.