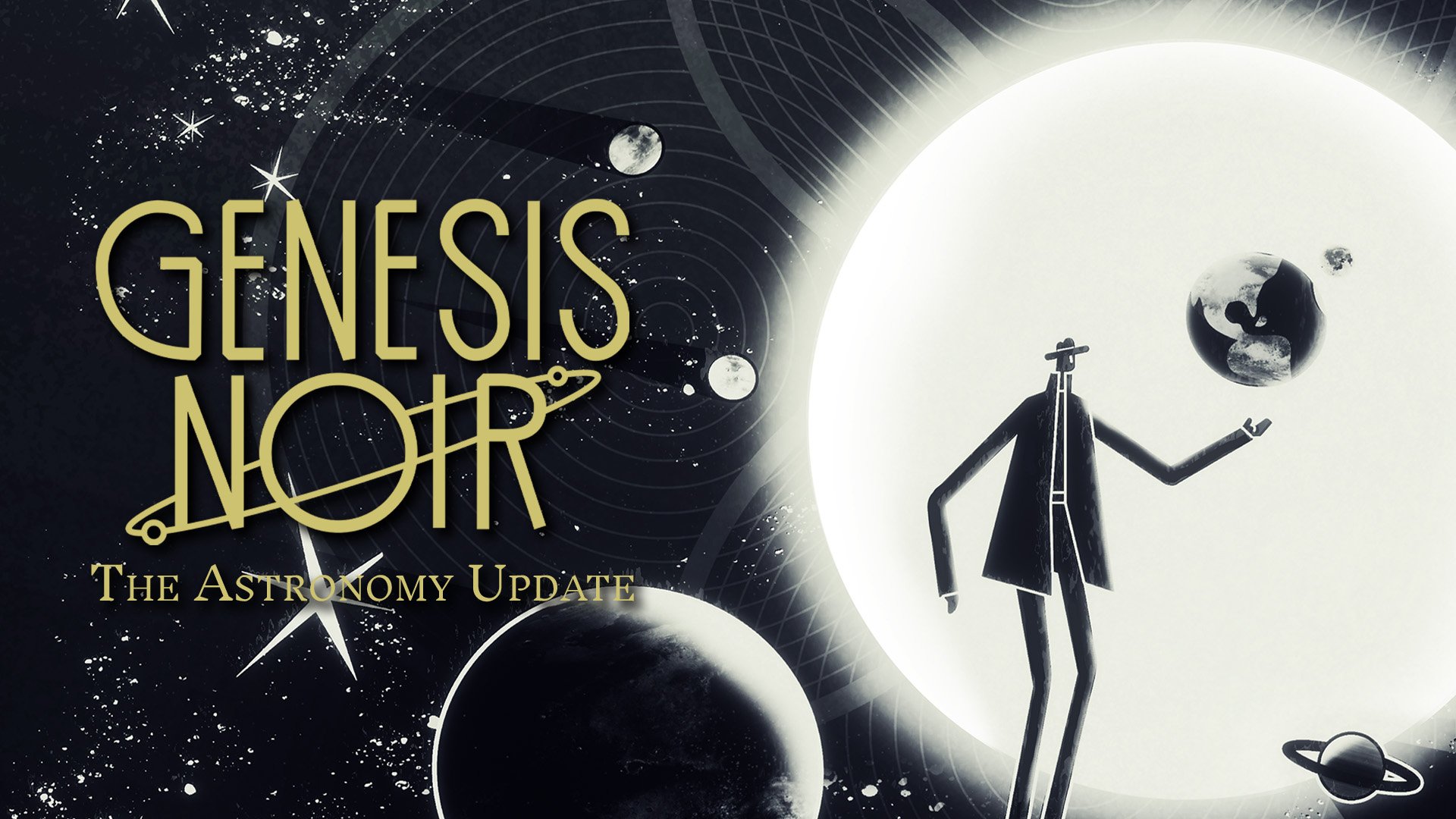 Genesis Noir, created by Feral Cat Den and published by Fellow Traveller, is an exploration of the expanding universe set to the tune of a swanky, chill jazz soundtrack.

Last week, The Astronomy Update went live with three new levels and expanded the universe so fans can explore the cosmos and venture into the past and future.

“Genesis Noir is a passion project for us that allowed us to study about so many interesting concepts in physics, anthropology, and astronomy,” explains Evan Anthony. “Since the game takes place before, during, and after the Big Bang, we found ourselves with an endless number of stories to tell and ideas to explore. In order to eventually release the game, however, we had to be selective on what we were to make. We couldn’t let a few favorite ideas go to waste and kept working on Genesis Noir while starting some new projects.”

No Man, the ever hat-wearing protagonist that he is, searches the vibrant universe and uncovers new mysteries. New sites, like Stonehenge, will reveal more about the cosmos while futuristic satellites will broaden the reach of space.

These three new levels use simple but fun astronomy interaction that explores gravitational lensing, archeoastronomy, and radio waves to the infrared spectrum. The levels are interspersed through the history of the Big Bang and elaborate on the emotions of Golden Boy, humanity, and No Man. They also tell a small story when played together.

Genesis Noir’s soundtrack, composed and arranged by Skillbard, sets the noir adventure’s background and really gives a sense of mysterious atmosphere. Not only is the soundtrack great, but it’s also won multiple awards – including from IGF and BiG festival.

“The music is the best part of Genesis Noir and we were extremely lucky to continue working with Skillbard,” says Evan Anthony. “They’ve created some very atmospheric audio and even hidden some Easter eggs in the sound waves!”

“Music and sound for games comes with a unique set of intriguing challenges which push us to keep learning and experimenting and finding new ways to tell a story,” explains Skillbard. “In particular, it was a joy working on Genesis Noir; Feral Cat Den not only provided us with a huge amount of inspiration with their ambitious concepts and fascinating characters, they then afforded us the space and freedom to let rip and do something that really excited us. To find that excitement touched others too just means all the hard work was most definitely worth it! We’re amazed at the response!”

Genesis Noir and The Astronomy Update is available today with Xbox Game Pass. For more information, check out Fellow Traveller on Twitter or jump into the Genesis Noir Discord.

A noir adventure spanning time and space.
You play as No Man, a watch peddler caught in a love triangle with other cosmic beings, Miss Mass and Golden Boy. When your affair turns into a bitter confrontation, you will witness a gunshot fired by a jealous god—otherwise known as The Big Bang. Jump into the expanding universe and search for a way to prevent or destroy creation and save your love.