Summer Spotlight 2022 has officially kicked off and we’re excited to bring you a ton of games every week for the next six weeks — more than 75 new games will launch on Xbox Series X|S and Xbox One between July 26 and September 5! Like prior years, you’ll also be rewarded for buying Summer Spotlight games!

Spend $50 on eligible games and movies to receive 5,000 Microsoft Rewards points! In addition to the games, we are including several movies and TV titles in the collection each week that are eligible for the promotion. To kick things off, here’s a sneak peak of some exciting Summer Spotlight games coming your way to get you get you pumped for a fantastic season of gaming.

Capcom Arcade 2nd Stadium Bundle – Now Available
Capcom is taking you back to the stadium with another collection of your favorite classics! See what has changed, and what’s completely new, in Capcom Arcade 2nd Stadium, from 3D-rendered arcade cabinets to scanline filters, there’s everything you need to recreate that arcade atmosphere.

Multiversus – July 26 (Open Beta)
The Multiverse is at your fingertips as you battle it out in intense 2v2 matches. Up against Batman & Shaggy? Try using Bugs Bunny and Arya Stark! This platform fighter lets you play out your fantasy matchups in a fun co-op or head-to-head fight for supremacy.

Two Point Campus  – August 8 – Xbox Game Pass
The next game from the makers of the critically acclaimed Two Point Hospital. In Two Point Campus you can build the university of your dreams, while looking after your students and staff and fulfilling all their wants and needs!

Tribes of Midgard -August 16
A combination of action, survival, and rogue lite elements. With a co-op mode, players work together to defend their village from hordes of invaders threatening to destroy the Seed of Yggdrasil. Protect the Seed and stop Ragnarök — the end of the world!

Destroy All Humans! 2: Reprobed – August 30
Crypto is back with a license to probe. The alien invader returns, groovier than ever. Experience the swinging ‘60s in chemical-induced glory and take revenge on the KGB for blowing up your mothership. To thwart the schemes of your enemies and form alliances with the very species you came to enslave.

Rumbleverse
An all-new, free-to-play, 40-person brawler royale where anyone can be a champion. You play as your own unique citizen of Grapital City as you battle your way to victory! Customize your fighter by mixing and matching hundreds of unique items and stand out from the crowd.

Cult of the Lamb
Take on the role of a possessed lamb saved from annihilation by an ominous stranger, and repay your debt by building a loyal following in his name. Start your own cult in a land of false prophets, venturing out into diverse and mysterious regions to build a loyal community of woodland followers and spread your word to become the one true cult.

TinyKin – Xbox Game Pass
Milo arrives on Earth to find that he’s way too small, everybody’s gone, and a day hasn’t passed since 1991! Team up with the mysterious tinykin and use their unique powers to create ladders, bridges, explosions and a lot more! Find a way home through a sprawling ant-sized metropolis and unravel Earth’s biggest mystery!

This is just a small taste of all the great games releasing this summer. Make sure you check out the Microsoft Store every Tuesday to discover all the new games to play on Xbox Series X|S and Xbox One. Also, please join us while we stream the latest Summer Spotlight titles on our official Xbox Twitch Channel every Friday from 11 a.m. to 12:00 p.m. PT. Tune in for a chance to win a code of whatever game we are playing that week. And be sure to follow Major Nelson on Twitter to get weekly updates and find out about special giveaways including a chance to win a token for every single Summer Spotlight game! See the full list of games at Xbox.com. 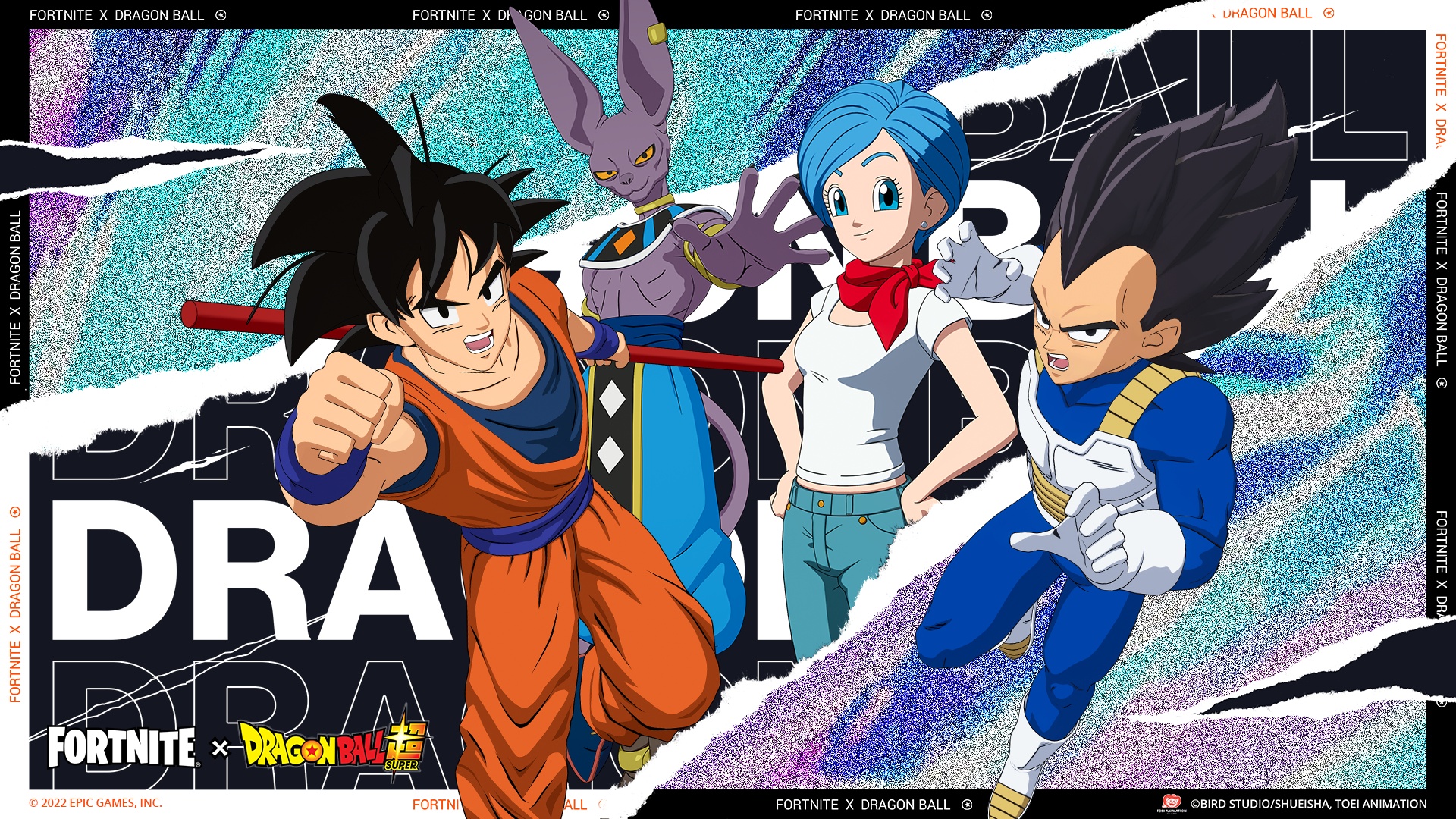 Eternal Shenron! By Your Name, I Summon You Forth!

A new “Power Unleashed!” section has arrived in-game, with seven sets of quests to test your skills in strength, agility, focus, and more.

This new event page will track your power level as you complete the limited-time Dragon Ball quests in Battle Royale mode and the Dragon Ball Adventure Island experiences.

With each training set you complete, you’ll earn a Dragon Ball and raise your power level, unlocking rewards like Dragon Radar Back Bling, Emotes, Sprays, Battle Pass Levels, and if you complete all seven: a Shenron Glider!

Please note that certain in-game rewards (the Dragon Radar Back Bling and Shenron Glider) are not exclusive to Power Unleashed and may be available later in the Item Shop for purchase.

Battle with Versus Boards, Use Kamehameha, Visit the Kame House, and More!

Versus Boards replace the Bounty Boards across the Island to pit you and a rival player against one another in a fight to see who is stronger. Also, get the powerful Kamehameha and Nimbus Cloud (Kintoun) items in Battle Royale mode, and don’t forget to visit the small island off the coast of the mainland to find the iconic Kame House where you can chat with Bulma.

From August 16 until September 17, 2022, players can board a cruise ship to chill out and watch select “Dragon Ball Super” episodes! Find the Dragon Ball Super Episode Festival in Discover mode, and from within this island find consoles that will transport you to another episode. You can also use the Island codes below!

Get ready to go on a Dragon Ball collecting adventure starting August 19, 2022:

In the Dragon Ball Adventure Island, explore inspired iconic locations from “Dragon Ball” such as Kami’s Palace, Goku’s House, and the Room of Spirit & Time. Each location will provide you with a challenge to complete to collect the Dragon Ball. When you’re ready, test your power in an open player-vs-player fighting arena Tenkaichi Budokai, or just continue to explore!

Harness your power and unleash it in the Tournament of Power taking place in all regions on August 18, 2022! Compete in this Battle Royale Duos tournament for a chance to earn the Angry Vegeta Emoticon, Goku’s Kanji Banner Icon, and the Beerus Eating Spray.

The following outfits are available in the Item Shop now:

A Saiyan raised on Earth who has protected it from many enemies. His Saiyan name is Kakarot. He loves fighting, and the stronger the opponent, the more excited he gets! Following the Tournament of Power, he discovers there are still many strong warriors in the universe he has yet to encounter, and he trains to pursue a higher level.

A proud Saiyan prince who shares an intense rivalry with Goku. He was once a cruel and evil warrior, but after fighting with Goku, gained a good heart. Vegeta trains to beat Goku but feels threatened by Frieza after he is revived following the Tournament of Power.

The first friend that Goku meets. She searches for the Dragon Balls with Goku and his friends and frequently bails them out of trouble. She is the well-bred daughter of the Capsule Corporation, inventor of the Dragon Radar, and is a genius with machines. Comes with the Lab Coat alt Style.

A god of destruction tasked with maintaining balance in the universe. If he gets into a foul mood, he will destroy any nearby planets or lifeforms. He meets Goku when he heads to Earth intending to fight the Super Saiyan God, but is subsequently pulled in many directions through Goku’s actions. He likes to eat tasty things and sleep.

Players will also have the opportunity to pick up these items in bundles!

In Fortnite Chapter 3 Season 3: Vibin’, the Island is one giant party. Bounce around in Reality Falls, ride atop creatures, brave the Screwballer coaster, and revel with new arsenal. Drop into Season 3 and spread the good vibes!

Fortnite is the always evolving, multiplayer game where you and your friends battle to be the last one standing or collaborate to create your dream Fortnite world. Play both Battle Royale and Fortnite Creative for free or purchase Fortnite’s PvE Campaign mode, Save the World. Download now and jump into the action.

This download also gives you a path to purchase access to the Save the World co-op PvE campaign!