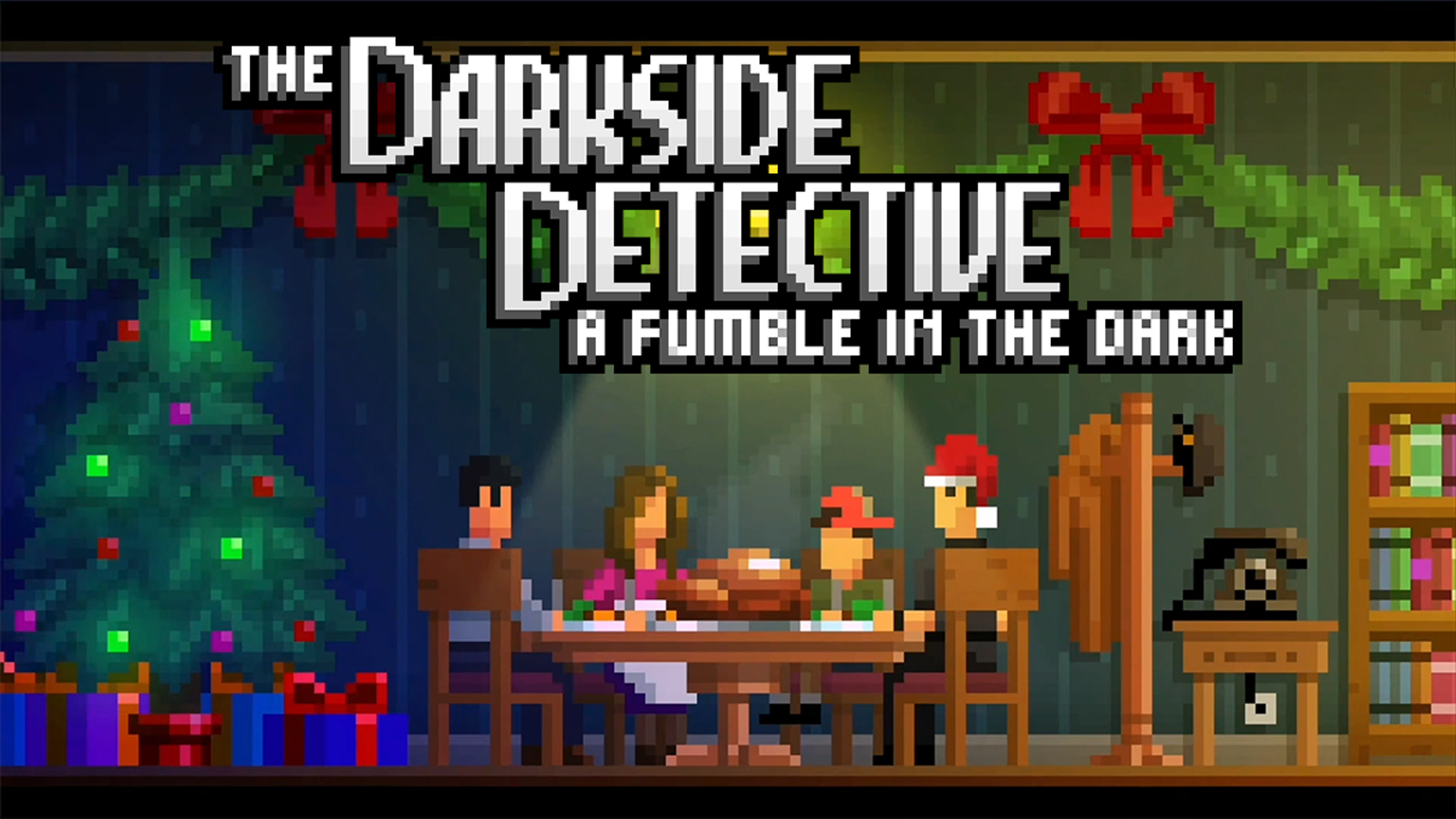 Clever puzzles, witty dialogue, satirical stories and the heartfelt relationship between a cop and his partner provide the foundations of a good Darkside Detective case and that means we try and do something new and exciting for every new case that comes out. From reverse vampires to ghost gangsters, the Darkside Detective formula many times will be “take something familiar and turn it on its head.” Which is why in the first of our bonus cases for The Darkside Detective: A Fumble in the Dark, we’re returning to make our second ever Christmas Case! Ghosts of Christmas Passed releases December 24 and I thought it might be interesting to dig a little deeper into why we returned to Christmas for this first bonus case.

Which might require digging a little deeper into that Darkside ethos! One of the core conceits of Darkside Detective will always be a certain referential way it tells stories. The Darkside Detective assumes you’ve seen the classics. You understand what a vampire is, what ghostbusters are, the rules behind seeing ghosts and how gremlins work. We do plenty of worldbuilding to make sure that Twin Lakes is compelling and unique (oftentimes by taking those concepts and finding stuff to make fun of about them) but every Darkside case is going to riff on the classics. It’s going to assume that you’re familiar with the culture so it can then make fun of the culture. Obviously, Darkside is more than just those things. It’s also the small puzzles that break up the dialogue and put a little game into your detective story. It’s also just the undying friendship between a detective and his affable best friend. But the world of Darkside will always be a world of creatures, contraptions and concoctions that show up in our culture.

Which is the first answer to the question: Christmas looms large in our culture and makes good fodder for satire. For those who need a refresher, Buy Hard was the Christmas case in the first Darkside Detective game focusing on Santa, Krampus, and the undying war between them. Christmas is a pretty big topic. It covers Santa, elves, andthe north pole, sure, but it also covers “A Christmas Carol” and “Home Alone”. It covers how we celebrate our families just as much as it covers the specifics of gift giving mythos and holiday tradition. And that size lends itself to a little gamedev team like ours looking at it and saying: “I’ve got another great idea for a Christmas case!” Ghosts of Christmas Passed (which is spiritually inspired more by Charles Dickens than any fables about Kris Kringle) in this way covers a lot of new ground and features perhaps the most complex puzzle in the series’ history.

The second answer is a little more focused: Christmas also gives us a good opportunity to check in on the greater world of The Darkside Detective. While creating new mythos and lore for Darkside is always a big focus for any new case, going back to some of the older locations and meeting up with older characters helps Darkside be more than just a spoof or parody of these sorts of stories. Darkside has its own world, its own continuity and its own characters to callback to and just like the theme of “A Christmas Carol” is for Scrooge to go connect with the people in his life, it’s a good opportunity for us to go connect with some of those minor characters like Wang, Nigel, Norm Bearson, Gary, Gail, Buzz and Patricia Dooley. What does Pier 13 look like in winter? How much does Wang enjoy his cat-and-mouse relationship with McQueen and Dooley? What was Gary and Gail’s meet cute like? All of those are little stories that we can answer when the Christmas case rolls around and is a little more sentimental.

Plus, if The Darkside Detective is reminiscent of an episodic TV show, it only feels appropriate for there to be a Christmas special each season, just like your favorite sitcoms or sci fi shows will do. If all that bloviating on The Darkside Detective is your style I’d recommend checking out Ghosts of Christmas Passed. If all that bloviating isn’t your style, I’d also recommend checking it out. Everyone should check it out, really. And you can feel free to let us know how you felt about the case in our Discord, on Facebook and Twitter December 24, after you play! 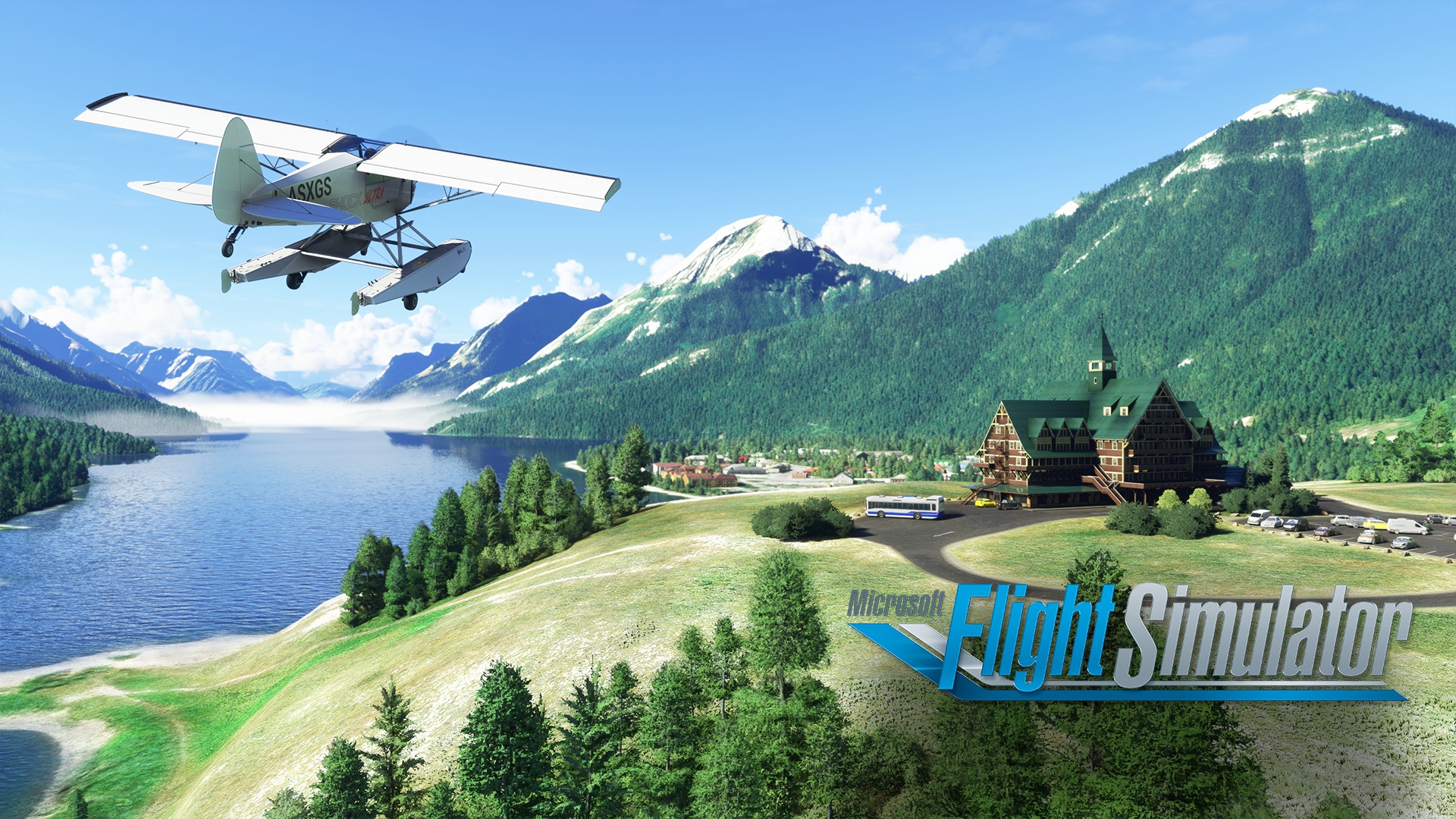 Canada is filled with a plethora of sights to explore from the air: magnificent urban architecture, wave-battered northern coastlines, and vast sweeps of tundra, glaciers and towering peaks. Microsoft Flight Simulator’s World Update XI invites simmers to explore this massive, diverse country, presented in the highest resolution and fidelity yet!

World Update XI: Canada is available free to all owners of Microsoft Flight Simulator. Simply update your account, download World Update XI from the in-game marketplace, and prepare to be enchanted by the sights of Canada from the air!