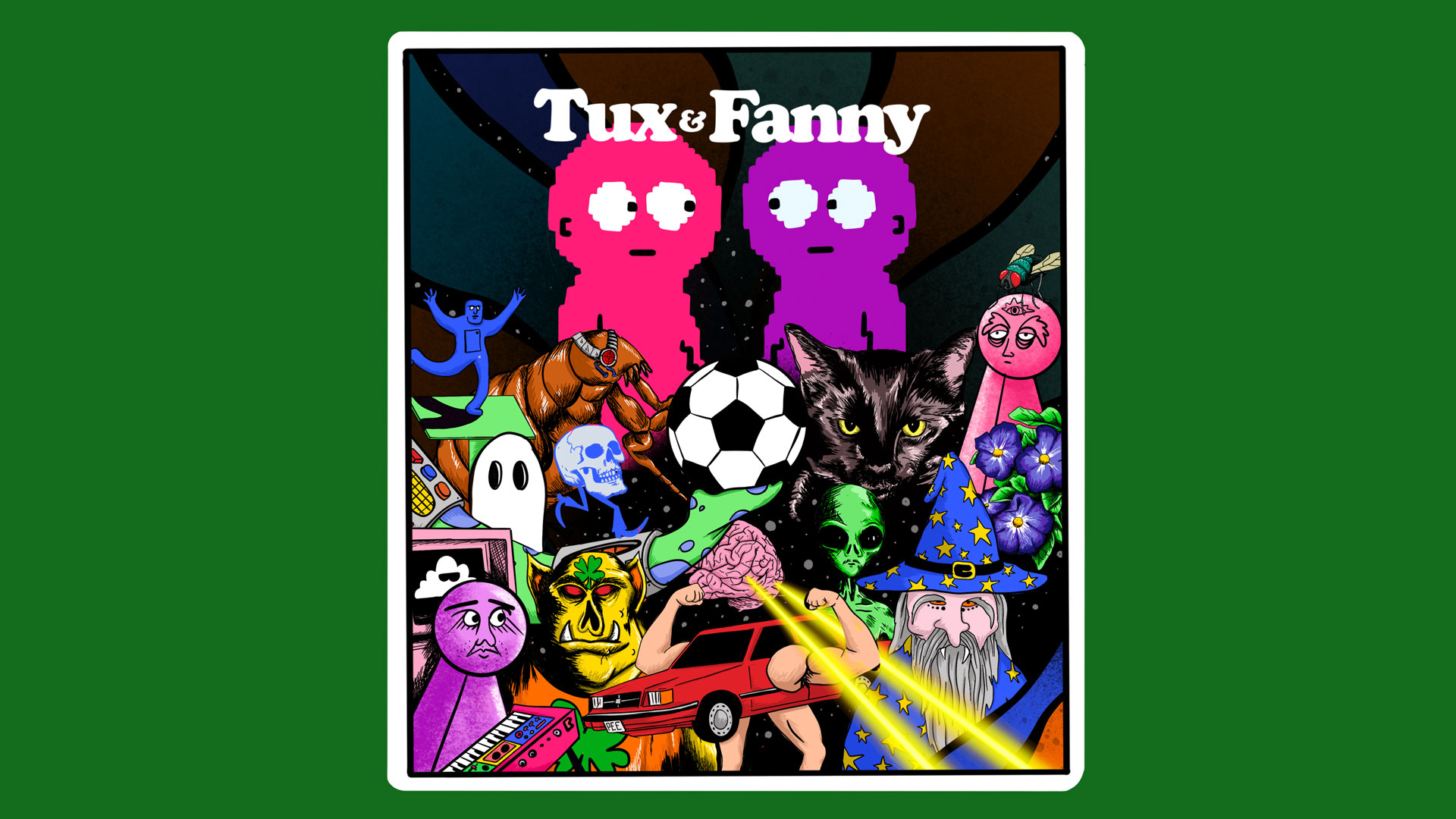 Tux and Fanny is a rare and unusual game experience that I’m still not entirely sure how to describe. On the one hand, it’s a love letter to the classic games we grew up with. On the other hand, it’s a surreal and absurd work of interactive art. At its core, Tux and Fanny might be compared to games like Monkey Island and Maniac Mansion, though it quickly eschews all expectations with a seemingly endless stream of odd but enjoyable tangents, including mini-games of wildly varying styles.

Tux and Fanny is based on an amazing animated feature film of the same name. The film’s creator, Albert Birney, was co-creator of the game as well. The two of us crafted the game from either ends of the continent and we had an absolute blast doing it. Albert had never made a game before, but I was able to facilitate every strange request he made. Early on, we established that there were no rules in the world of Tux and Fanny, and we let our imaginations take command as we lovingly assembled this video game.

If this all sounds exciting to you, I’d encourage you to stop reading now, pick up the game, and start discovering it for yourself. There’s secrets hidden at every turn, and we packed the game to the brim with every engaging detail we could. Throughout the world you’ll find floppy disks containing new mini-games which you can load up and play on the in-game computer. There’s an addictive tooth-themed puzzle game that I have already spent many hours enjoying. There’s a Bubble Bobble-inspired platformer with 100 levels. There’s even a classic fantasy text-based adventure with a twist. We never held back on our passion for creating a diverse and entertaining experience.

We first released the game quietly back in September, and we’ve had such a wonderful response from players of all backgrounds since then. A good handful of people claimed it was one of their favourite games of 2021. Launching the game on Xbox this year, I’ve had the opportunity to improve it overall, while also incorporating leader boards into a brand new exclusive mini-game inspired by my earliest memories of the original Xbox. Albert and I are so excited to be able to bring Tux and Fanny to a new audience to discover.

Tux and Fanny may be a single-player game, but it’s also a great game to play with your best friend, as many of our fans can happily report. The main story will take around 5 hours to complete, with at least 5 hours of extra quests to complete on top of that. If you’re still not sure whether Tux and Fanny is a game for you, the free trial version will give you a chance to dig into the first act and see what it’s all about. But, if you love retro puzzle games, have a passion for absurd existentialism, or just want a game that will warm your heart while continually surprising you, then you’ll need to check out Tux and Fanny.

When you take a closer look, everything is an adventure.

Tux and Fanny just want to play soccer but their soccer ball is deflated. Go on an epic adventure to help them inflate their ball. Play as both Tux and Fanny as well as a cat and a flea. All four characters will have to work together if you’re going to inflate the ball.

Play a multitude of diverse mini-games which you’ll collect as you progress through your journey, each with their own unique rewards. There are secrets hidden at every turn in the world of Tux and Fanny. Can you find them all?